Deprecated: The $control_id argument is deprecated since version 3.5.0! in /home/oq5ayjaeetjt/public_html/wp-content/plugins/elementor/modules/dev-tools/deprecation.php on line 304
 Injunction Conjunction - Cannabis Digest
Skip to content 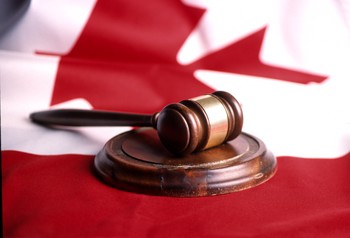 A patient’s perspective of the legal arguments

Justice Manson “grandfathered in” these patients while they await a trial to examine the constitutionality of the MMPR. Interestingly, Health Canada is eager to preserve the vested economic interest of the major cannabis corporations as opposed to offering some of this country’s sickest citizens protection under our Charter of Rights and Freedoms. To force patients to worry about their personal health maintenance versus their liberty is unconscionable. Perhaps this governmental department should be renamed. “Wealth Canada” sounds more appropriate.

The heartless approach of the Federal Conservative Government would have seen patients destroying all excess medication and cannabis plants, and mixing the debris with kitty litter to be deposited in the green bin curbside for refuse collection. Furthermore, patients had to notify Health Canada of what and how much they destroyed, and forward them verification of the same, or face a visit from the local constabulary at the request of the Federal Government at the end of Apr. All of these measures were promoted in the interest of “public safety.”

Further on in the affidavit, Boyd states, “June 11th, 2011, Health Canada announcement with respect to the proposed improvements and found once again that they were typical of news media claims with no evidence being provided to substantiate how many Canadians or what groups of people had concerns about the medical marihuana program simply making the usual assertions about exploitation by criminal elements, electrical and fire hazards and excess mould and poor air quality.”

Boyd, and co-author Connie Carter, point out in Killer Weed that the RCMP are squarely to blame for painting the current landscape regarding the “growing” public concerns about the “risks” posed by indoor cannabis gardens in Canadian communities.

I can clearly recall the sense of exasperation I experienced in 2004, when I read the remarks by Royal Canadian Mounted Police Commissioner Guiliano Zaccardelli in the Vancouver Sun, now contained in the opening paragraph of Killer Weed. Zaccardelli alleged that “marijuana-growing houses are not ma and pa operations,” but were basically the devil’s work, heavily involved with organized crime.

Anne MacLellan, then the Public Safety Minister, sang from the same songbook as she declared “grow-ops as one of the single biggest problems we face in our communities–they do represent a threat to public safety.”

Couple that with mainstream media unquestioningly accepting what the RCMP convey to them in press releases and media interviews as being gospel truth. These unfounded concepts, like cannabis being wrapped up in organized crime, have been allowed to perpetuate through the media like wildfire at the behest of the RCMP ever since the appearance of this 2004 article, dressed up with allegations of copious amounts of cash, violence, and intimidation being associated with the majority of grow ops, followed by the exaggerated claims about the number of joints being kept away from our children.

Ten years later and these allegations are being used as the warped rationale for sacrificing critically and chronically ill patients to feed the coffers of government-sanctioned corporate cannabis producers. Yet according to the Mar. 18 edition of The Chronicle Herald, the crime rate was down in Nova Scotia by nine percent in 2013.

Patients are your friends, neighbours, and family members. They are not criminals. Currently one in 380 Nova Scotians are “legal” cannabis patients. Health Canada have determined that in ten years, it will become one in 38. However, governmental statistics illustrate that one in 38 patients are actually in our midst now, struggling to locate a supportive doctor, or still too fearful due to Health Canada’s approach to patients and medical cannabis.

The fact that the catalyst for this program was a court order has been evident since day one. Health Canada’s medical cannabis program has a lengthy track record for incompetency and patient abuse. Rona Ambrose has admitted this fact on at least two occasions in recent months.

The time is long overdue to revisit R. vs. Parker, Ontario. In July 2000, the federal government was granted a twelve-month reprieve to create a program equitable for all patients requiring cannabis as medicine, or cannabis would be legal for all Canadians. Terry Parker, the defendant and a gentleman with epilepsy, is still unable to navigate the original medical cannabis program to gain legal protection. This charade of a program should be dead in the water and the cannabis laws repealed from the CDSA.

Earlier this year I had the pleasure of interviewing Cheryl T Rose on my bi-weekly segment on Time4Hemp radio. Cheryl is the mother of Hayley Rose, one of the oldest and highest functioning survivors of Lennox-Gastaut Syndrome (LGS), a rare and severe form of epilepsy that causes multiple types of seizures, and delays cognitive and […]