Legalizing cannabis will help generate revenue by taking an industry that has traditionally operated underground and allowing it to prosper under a regulated market, while also saving vast amounts of valuable government resources currently spent on enforcing the laws.  Prohibition has created a civil war, with government troops on one side and organized groups of defiant resistance fighters supplying citizens with the drugs of their choice on the other.  However, in the last few decades dispensaries have found room to exist between the two opposing forces.  With the City of Victoria on the cusp of giving dispensaries licenses to operate there is some speculation that organized criminal groups may be using these storefronts to push their wares but anyone with an in-depth knowledge of the situation and of the people actually operating these places knows that legalization is the worst fear of gangs.

Everyone knows that growing cannabis can be a profitable venture and that several gangs have worked hard to control as many grow operations as possible.  However, cannabis is not that hard to grow if you have some money to invest in the right equipment and location, so many people that live without any connection to organized crime get involved in growing and selling herb.  This is quite different than many other drugs that need to be imported or made with chemicals, as it is very easy to be an independent grower given how many people use cannabis. 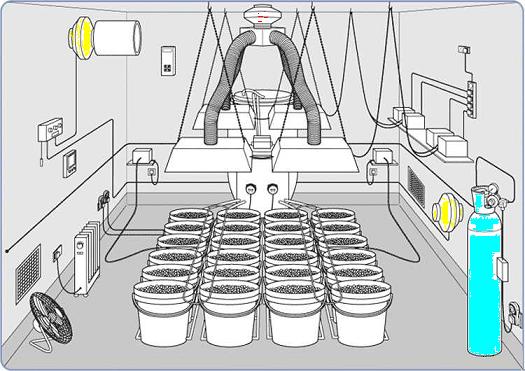 For these small independent growers, dispensaries have been a perfect avenue to sell their products.  Dispensaries allow small growers to avoid working with anyone that sells to gangs or children, decreasing the risk of getting arrested while knowing all of the cannabis is being sold in the local marketplace.  Instead of selling to either local dealers who do not check id for a person’s age before taking the money, or with middlemen who work with the local dealers or large buyers, many of these mom and pop gardeners have been very happy to work directly with dispensaries if they can.

While many may speculate that organized gangs have either set-up or infiltrated dispensaries, that certainly does not seem to the the case in Victoria or anywhere else I have visited.  Though I do not know everyone operating a dispensary in Victoria, I have done my best to keep abreast of the close to 40 that have opened in town and cannot recall anything that would make me think a gang was behind any of them.  That is not to say I think that they are all angels, as most are keen to make as much money as possible while the law is in flux, but I can say that I have not heard of any stories of planned violence, coercion, extortion, or dealing in other illegal substances from any of the dispensaries in Victoria.

In many ways dispensaries are at war with organized crime as much as they are the government.  The existence of dispensaries has been a major factor in public’s acceptance of cannabis and the work they have done has helped dismantle the laws in court while paving the way for legalization.  Legalizing cannabis will ultimately lower the price and improve accessibility, taking away a huge cash cow for these gangs.

In fact one of the longest serving growers for the Victoria Cannabis Buyers Club started helping us in 2002 because he did not want to deal with any more biker gangs.  Many members of the VCBC used to exclaim how happy they were they did not have to purchase cannabis from street dealers over the years and even a few of the dealers quit working the streets  to join the club for the cookies.  The recent proliferation of dispensaries has forced even more people I know out of their apartments into a job in a store behind a set of scales as their customers rush to see what other products are available..

Gangs may be a problem our society needs to deal with but the public needs to be aware that legalizing cannabis is the best and most important step in undermining their economic power.  Dispensaries are the first step towards a regulated and fair legal industry that will be no more vulnerable to organized gangs than restaurants or construction companies.  Victoria mayor Lisa Helps and city council deserves a huge thank you for helping our community take the right steps toward a fair system of cannabis distribution that protects citizens rights.

(this is a sponsored post) Grow Your Assets – Intellectual Property for the Cannabis Industry: Are you Ready? Thurs. Feb. 21 in Richmond BC Approved by the Law Society for CLE credits.  Have you ever wondered if you can patent your cannabis infused macaroon recipe? Or perhaps you have designed the world smallest CO2 extractor […]