Deprecated: The $control_id argument is deprecated since version 3.5.0! in /home/oq5ayjaeetjt/public_html/wp-content/plugins/elementor/modules/dev-tools/deprecation.php on line 304
 Do you have the 'Time 4 Hemp' ? - Cannabis Digest
Skip to content

OK people it’s time to pack a bowl with your favourite herb. Now light it up as we’re going to learn more about ‘Time 4 Hemp’.

Time 4 Hemp is a 24/7 pro-cannabis broadcast network that features the best cannabis radio programming found anywhere online.  It features cannabis music and interviews with advocates, researchers and doctors from around the world. It also has music programs so you can enjoy hours of cannabis related tunes or you may catch a comedy show with an award winning comic. If your timing is good, maybe you caught the CelebStoner interview between host Steve Bloom and Willie Nelson.

Other hosts on the network include Chris Conrad and Jeremy Daw of Leaf Radio, Doug McVay with From Thought to Action, Kevin Corn and Norphblat Forsgren host Trips though Reality, Prof. Anndrea Hermann, M.Sc. of iHemp Radio plus Michael Krawitz with The International Cannabis Report and award winning comedian Tere Joyce. Another award winner on the network is news journalist Ben Swann who has won two Emmy Awards and two Edward R. Murrow awards for his journalism. And we can’t forget about Mary Lynn Mathre and Al Byrne who are with Cannabis Patients Out of Time which is a large organization within the USA. Of course this partial list wouldn’t be the same without mentioning Cannabis in Canada with Jason Wilcox and the PACE Radio show that I and five joint hosts do twice a week. In total the Time4Hemp Broadcast Network has over thirty programming hosts that not only speak English but also Spanish, French and soon Japanese. They live in places such as Canada, the USA, Chile, Argentina, France and England. Future plans include adding more content from other countries which really helps make Time4Hemp a global broadcasting network. 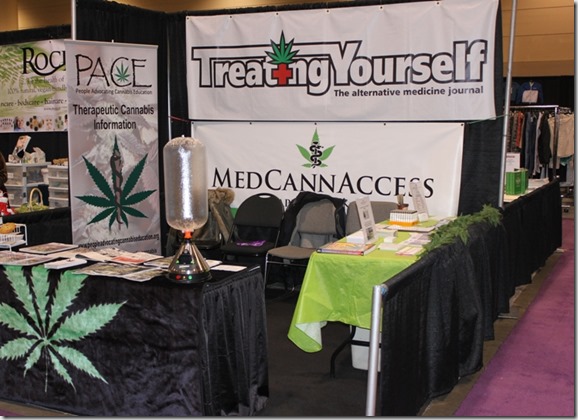 The History – How it begun

Casper Leitch, first got involved in the hemp movement in 1990 when a man by the name of Jack Herer asked Casper if he wanted to work for him. Casper said yes and things just took off from there. In 1991 Casper launched a cable television series called ‘Time 4 Hemp’ which was the first television series in the history of broadcasting to focus strictly on the topic of cannabis, thus giving Casper the honour of being known as “The Father of Marijuana Television”. When the show aired it started out in 22 cities in 19 different states and was the first community cable series to ever debut in so many cities and states at one time. Then 3 weeks later, ‘Time 4 Hemp’ became the first community cable program to go International. This was achieved when Chris Bennett from Vancouver Canada and Ben Dronkers in Australia hooked into the feed. With Ben’s help it played in the Nimbin Hemp Embassy Museum and was broadcasted on a local cable network in Australia.

The series may have begun as a community cable public access program, but once aired, it became the public domain. This allowed for the advocates in other states and countries to take these shows and then pass them around for re-broadcasting in their own areas. In total fifty-nine shows were created before the series ended. This was quite an achievement considering that the series focused on something, which if you possessed it, can get you life in jail.

The original Time4Hemp.com website came online in 1999 and was one of the first sites to offer free cannabis audio and video downloads. Two free audio PotCasts, which are titled ‘Time 4 Hemp – TODAY’ and ‘Time 4 Hemp – MUSIC’ started in July of 2007. These podcasts are usually ranked number one and two when the word ‘hemp’ is typed into the iTunes search engine.

What I also learned about Casper was that he was a participant in the United States Government funded ‘UCLA Smoked Marijuana Study’ which was headed by Dr. Donald Tashkin, a researcher who has studied the effects of marijuana on our lungs for over 30 years. I believe he was one of the first researchers that the government hired to find the apparent “bad” in cannabis. Casper also says he is the first person in the world to be filmed for television smoking legal marijuana in a Government funded lab. 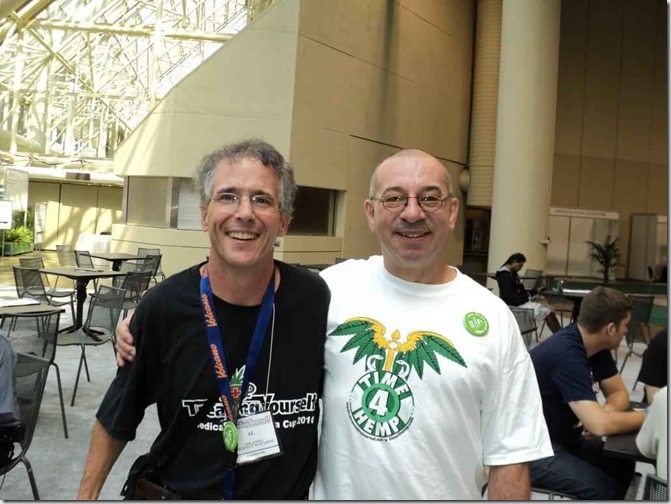 When the television show came to an end Casper switched to recording and posting the aforementioned daily music and interview podcasts. The hard work that Casper put into these shows didn’t go unnoticed and grabbed the attention of the people at American Freedom Radio.

The people that pick the programming had listened to the program a few times and believed that it would fit right in with AFR’s guidelines. The show management agreed and back in August ‘09 ‘Time 4 Hemp- LIVE’ hit the air waves. The show would interview some of the great activists featured on the podcasts as well as the new people that are making their way into the movement. The one and two hour long shows always featured a “joint host” and a couple of guests.

In mid-2013 there was some issues happening at American Freedom Radio and Casper wasn’t sure what the future held.  This is when the people from iHeart Radio sent Casper a message asking him to join their network and instead of a one or two hour show, they offered him 24/7 broadcast network status. iHeart Radio is a large satellite radio network in the USA that has 14 million subscribers in its base. With Time 4 Hemp being the only cannabis network on their system it allows for a rather large audience to be built. Casper was quite surprised by his new status but he grabbed it by the horns and ran with it. He built up a small crew of hosts to do some shows in order to get things started in October. In the end that little one hour program has now grown in to 30 dedicated hosts that bring about 50 hours of new content to the network every week.

When he first started at iHeart Radio Casper wanted the networks content to be “live” which he kept mostly to until recently.  This is when he chose to go to recorded content which will allow him to clean things up and also allow for situations where technical issues prevents a live broadcast. Now he can record that show when things are better and still air the program when it’s required. 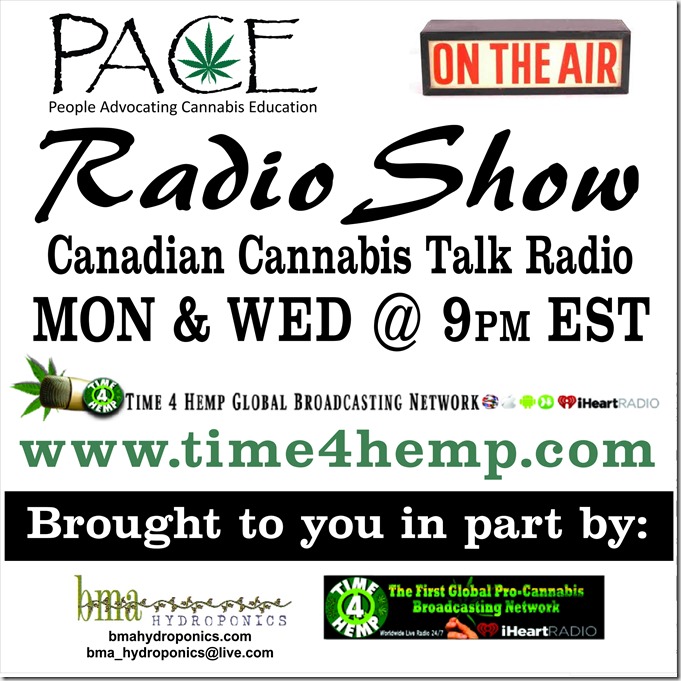 The Web and the Future

The amazing thing is that Casper has been able to do all of this while living on a very small budget. There is no large studio in a big office tower anywhere. No staff working the phone lines to get guests or line up music. Nope it’s more like a guy with a computer in his living room, getting off of his butt and doing something to make cannabis prohibition end. I’ve seen him almost turfed onto the street because he puts his dollars back into the equipment and stuff required to do the show but that hasn’t stopped him from doing what he loves.

Then one day he met a young guy by the name of Sasha Gomon who had knocked on his door and offered Casper some buds to smoke. Casper didn’t know him very well but after a conversation with him Casper found out that Sasha knew something about building websites and doing audio. After a while Sasha joined Casper in helping to keep the broadcasts going 24/7 and to work on the website. Sasha now looks after airing half of the shows while recording many of them.

When the shows are aired they can be heard at www.time4hemp.com as well iTunes, Spreaker, Sound Cloud and Tumbler. You can listen in by hitting the audio play buttons at these sites like over a quarter of a million other people have. While we can count the numbers at these sites we can’t count those who are listening to the live stream in systems that we can’t count such as the am/fm stations who pick us up or those who listen to the broadcast on the iHeart satellite in their cars or at home.

Since Sasha has gotten involved he has re-built the Time4Hemp website. Some of the old things are gone but some still remain. He has buttons that take you to some of those old recordings and to youtube where you can find some of the old Time 4 Hemp TV series.  You can see the list of hosts as well as their shows bio’s and archives. He highlights some popular songs as well as links to videos of the hosts and what they do away from the radio shows. There is a button that takes you to the networks full schedule or you can click on the one that takes you to the new Time4Hemp Newszine. There is much more there so you’ll have to check it out yourself.

With his dedicated hosts and some extremely dedicated sponsors in KDK Distributing and The Hemp and Cannabis Foundation, it appears he may finally have found himself a way to do all this without the personal struggles he has endured. If it ever came to an end I don’t know where a lot of us would be today as it is one of the most informed and educational networks available out there and has been for over 20 years. If you don’t believe me check it out for yourself, I know you won’t be disappointed.

Now that you’ve finished that bowl of herb isn’t it time you tuned into ‘Time4Hemp’ found at www.time4hemp.com to see what I’m writing about……

An Open Letter Regarding Marc and Jodie Emery

AN OPEN LETTER TO MY FRIENDS IN MEDIA, MEMBERS OF PARLIAMENT, MEMBERS OF PROV PARLIAMENT AND MUNICIPAL POLITICOS: I’d like to clear a few things up for you. Whatever you think of Marc Emery – and we certainly have had and still do have our major disagreements and differences – we are not friends, but […]

The 3rd Annual Cannabis Hemp Conference & Expo takes place on May 6th and 7th at The Nest, at the University of British Columbia. It promises to be Canada’s largest Cannabis Conference, bringing in “a comprehensive gathering for patients, consumers, health-care professionals, environmentalists and industry experts.” Last years CannabisHemp Conference was my favourite cannabis event of 2016. I recorded […]