Deprecated: The $control_id argument is deprecated since version 3.5.0! in /home/oq5ayjaeetjt/public_html/wp-content/plugins/elementor/modules/dev-tools/deprecation.php on line 304
 How to Make the Most of a Vaporizer - Cannabis Digest
Skip to content 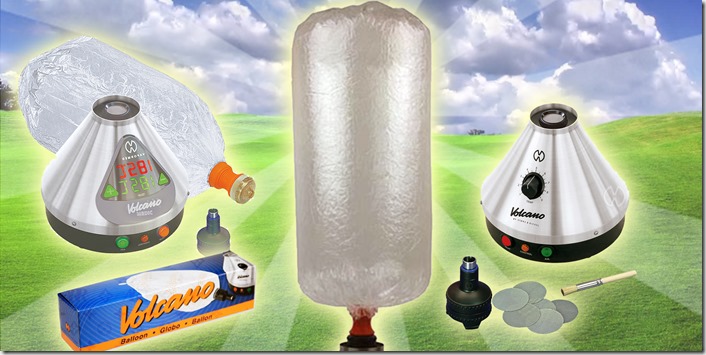 In my previous blog I outlined some of the key reasons why medical cannabis patients may choose to use a vaporizer to compliment their edible cannabis regime. In this article I will give an overview of the Volcano Medic vaporizer and offer an important tip that vaporizer users should know.

The Volcano Medic vaporizer, the “world’s first officially approved medical cannabinoid inhaler”(source), has been approved in Canada as a class 2 medical device for the vaporization of cannabinoids. The mouthpiece of the Volcano Medic is equipped with a check valve. This check valve reduces the danger of contaminating the interior of the valve balloon by preventing exhalation back into the valve balloon. For this reason the valve balloon can be reused for up to fourteen days, 5 times daily (Study). The cost can be reimbursed by health insurance companies if a medical indication is given. Storz and Bickel recommend customers/patients ask your personal health insurance institute if they will cover the cost. (source)

Another advantage of the Volcano Medic is its digital temperature display, although this is available in earlier models. The temperature gauges of vaporizers have varying degrees of accuracy, and some less sophisticated models require the user to pump the heat instead of sustaining it to avoid combustion. By targeting specific temperatures, medical users can vaporize only the medical compounds they require, avoiding un-necessary psychoactive effects and toxic by-products.

At the V-CBC, club member Ron Vanzetta is helping medical cannabis users discover how to make the most of a vaporizer. Using data from (Russo & McPartland 2001) and supplementing it with updated information gathered from Wikipedia and other sources, he has made graphs and charts of the approximate temperatures ranges at which specific cannabinoids and terpenes vaporize as well as for what conditions certain cannabinoids and terpenes are shown to help. 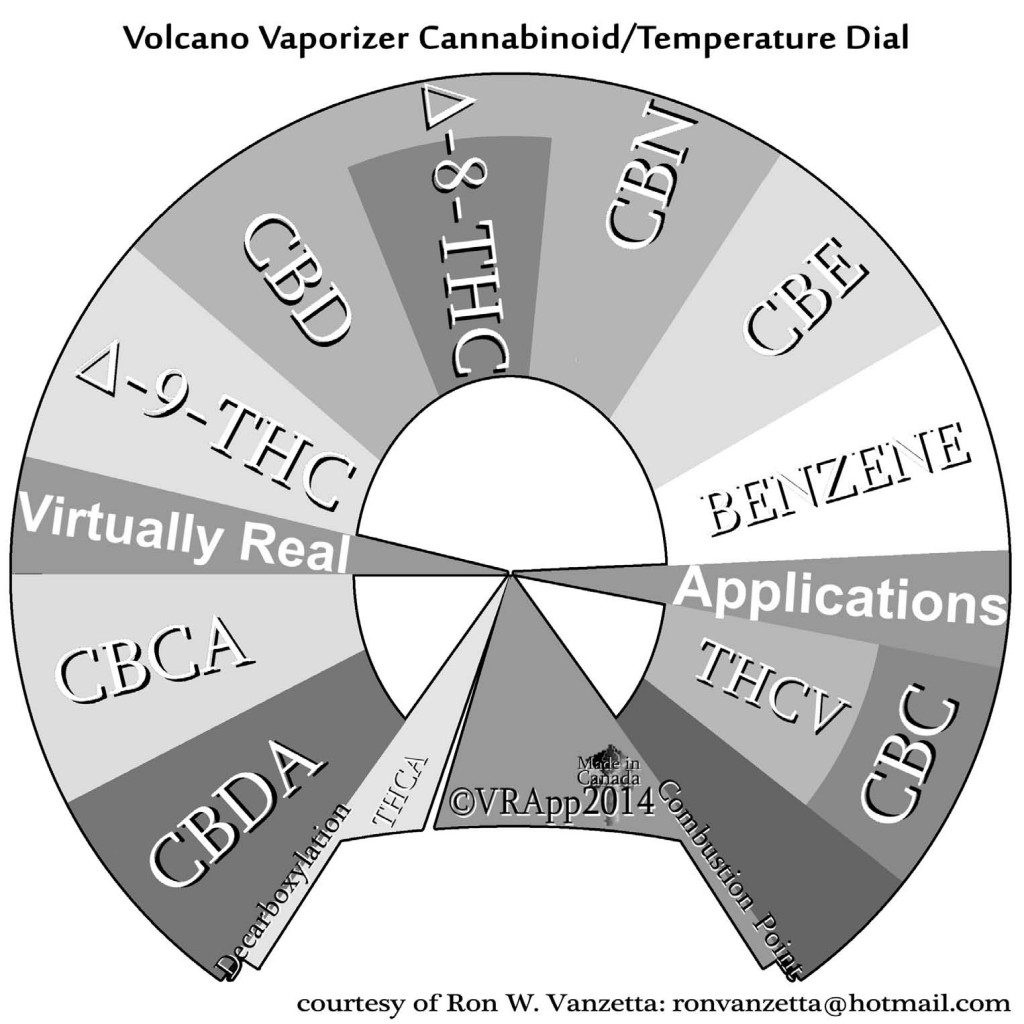 To obtain THCA and other compounds that are decarboxylized at low heat by the vaporizer, it is necessary to eat the plant raw. This is often done by putting the raw leaves into a juicer; however, Health Canada prohibits juicing, requiring patients eat their dried cannabis whole. The temperature can be increased to include compounds such as THC and CBD but exclude CBN, which some people find makes them dizzy or lethargic. To obtain THCV and CBC, and avoid Benzene, it may be necessary to make vaporized material into an edible product.

Although our knowledge of these tools and the dynamic whole plant effects of cannabis are still developing, Ron’s ingenuity and creativity represent the engaged and inquisitive spirit of medical cannabis users, who strive daily to improve their quality of life amidst widespread stigma and confusion. Ron has designed colourful tesseract balls that hang from the ceiling of the V-CBC vapour lounge, informing about the properties of different cannabinoids.

The government  argued in the BC Court of Appeal that patients wouldn’t need edibles if they would just use a vaporizer. We pointed out that even vaporizing involves the active extraction of medicinal compounds form the inactive plant material; further obfuscating the science behind their definition of “dried marihuana”. So what is “dried marihuana”? check out my next blog where i outline this fundamentally flawed distinction.

(Glass Brain Bong featured in anti-pot ads) By Debbie Stultz-Giffin Can you really believe Health Minister Rona Ambrose’s claim that a new anti-drug campaign targeted at teens wasn’t asking Canadian physicians to take a partisan view on cannabis this summer?  Now that the ad campaign has rolled out, it is undeniable! As you may recall […]