Deprecated: The $control_id argument is deprecated since version 3.5.0! in /home/oq5ayjaeetjt/public_html/wp-content/plugins/elementor/modules/dev-tools/deprecation.php on line 304
 Pesticide Use in Colorado Cannabis Gardens - Cannabis Digest
Skip to content

By December Kennedy
Ten years ago, you’d be hard pressed to find a cannabis garden with more than ten lights hanging. The 20 lighter I visited back in 2009 was the exception.  Despite the legality of medical cannabis gardens here in Colorado, even back then, the grower was still noticeably nervous about having visitors. So how did we go from being an underground, quiet, yet highly lucrative black market, to becoming the first state to house commercial grow operations with as many as 60,000 plants in them?  And how did we do so this quickly?

If you have ever grown marijuana as medicine, you understand that it is not easy, nor is it cheap. The amount of building materials necessary to outfit the average home into the nature-bending, pest and mold-free environment needed to grow quality cannabis fit for your own consumption is enough to have most users shy away from the hassle.

If the cost doesn’t scare you, let the painstaking work have a shot. A cannabis garden, particularly your first few rounds from seed to harvest, will take between 4 and 8 hours of work every day, just to avoid the many pitfalls and mistakes that even talented growers will eventually face. That, my friend, is at the very least a part time job.  In reality, it’s more like adding a full time job to your life, one that you cannot discuss with anyone.

Growing quality cannabis is difficult, and anyone that tells you otherwise has probably never grown anything of note, let alone the dank nugget they are surely describing. Growers who have successfully grown their way out of the financial pit of cultivation likely did so only after years of failed attempts, hermaphroditic plants, and nights sobbing into their promix. Those growers with  knowledge are also rarely willing to help you learn, if you can even find one that might admit to their given profession.

Over the last ten years, this underground trade has morphed into a real life industry right here in Colorado.  After deciding to open a dispensary to get in line for their promised windfall of cash, business owners are learning that those 10 light systems do not readily become 100 lights systems without many more growing pains.  Growers who were successful with their 20 lights, were suddenly in charge of much larger gardens with no commercial experience to back them. While many of the basement growers of yesteryear are doing quite well with their new-found positions out in the real world, many of them are not. 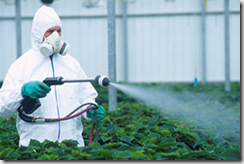 Cannabis use, whether medical or recreational, has always been a very intimate ritual. You touch the product, you bring it to your face and you smell the unmistakable woody scent. You crush the flowers, put them into your favorite pipe, bowl, or vaporizer, you add fire, and you inhale it deep into your lungs, shaking the dust from your fingers.  For most cannabis enthusiasts, this is the extent of the experience. These methodical activities are all that they know of marijuana. Those who buy from one of our many pot shops have rarely wondered about where the product might have been before it arrived on the shelf.  No one asked “Where did my marijuana come from?” Until now.

Unless you knew “your guy” well enough that he’d let you see the stack of nutrients he fed his garden (before he rolled your ⅛ into a sandwhich baggy- licking the edge to keep it closed) you likely never wondered if there were pesticides sprayed on the dense flowers. Thanks to the local news here in Denver, we have learned that the people growing our plants (those same growers that likely came from their basements stacked with funny sounding nutes and bottles smeared with sticky molasses) have been spraying their cannabis with off-label pesticides, and dangerous growth regulating hormones. 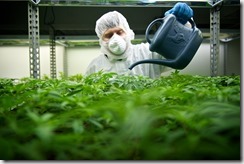 The gardens in question, including the previously mentioned garden of over 60,000 plants, are generally rife with problems despite pesticide use. The very same issues that plague the novice home-grower have shown up on an industrial scale in the gardens littering the state, and it is only recently that the public has been made aware of this practice.

This boils down to is one thing: crop insurance. The large scale grows, run largely by former basement growers, are operating on the principles of what they know, that is, basement growing. Get the crop up, get it out, and get it sold. Using pesticides or PGR’s (plant growth regulators) will ensure that the crop looks healthy, even when it is not.  A subpar product is delivered, and there is no way for recipients to know what residual chemicals are inside the innocent looking green leaves. This fact, in turn, has hurt patients, harmed recreational users, and sent the entire country the message that regulation isn’t working quite as well as we had thought.

This problem extends far beyond uninformed growers.  It extends all the way to the Environmental Protection Agency itself, the regulating body that determines where and when pesticides may be used on plants that will come in contact with the public.  Currently, the Federal law regarding cannabis keeps it tightly as a Schedule 1 substance, meaning it has no medical value and may be highly addictive.  Because of this stance, any and all pesticide use for cannabis will technically be considered off-label by the EPA.  This leaves business owners, growers and the public in legal limbo: one pesticide might be readily sprayed on tomatoes without harm to the consumer, but is banned from marijuana production simply by the Schedule 1 designation of the plant itself.  Currently there are no marijuana specific pesticides on the market, and no word when there may be one available.  However, with cannabis remaining a Schedule 1 substance, it doesn’t look like it will be any time soon.

The issue is not without a fix.  We needn’t look far to see that many of the common problems that cannabis cultivators are facing, have long been solved by the legal food industry that came before them.  Large scale agricultural facilities exist in nearly every state, supplying us with the much needed fruits and vegetables we require for healthy living. They often do so without the use of harmful pesticides, and rarely need the kind of “crop insurance” that we are seeing inside the cannabis industry.  Integrated Pest Management systems are available from many reputable companies, and can ensure the health and vitality of the plants on which they are used.

Eagle 20, Avid and Floramite, the pesticides used by several Denver cultivators despite being flagged as off-label, may in fact harm the consumers who are purchasing their product, but the truth is that we just don’t have enough information yet.  Many pesticides are safe, and effectively used to mitigate pest concerns up until they are sold in your local grocery store.  Others are known to be dangerous, and are strictly used on ornamental plants that are clearly labeled ‘unfit for human consumption.’

The safest bet for the growers and business owners alike, is to hire a professional with a Pesticide Applicator License registered with the State of Colorado. This person has been trained on safe and effective pest and mold management for food and ornamental commercial crops alike, and will ensure that your business is following the strict letter of the law.

To the growers who went from their basements to commercial warehouses, and who did so amidst deep growing pains, high stakes and constant pressure, without using pesticides or off label  PGR’s, good for you. The Colorado community salutes you. 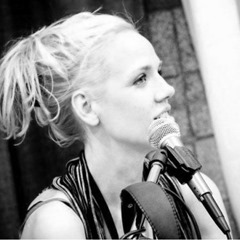 December is COO of Dutch Hort, An Author, Medical Marijuana Activist, Radio Host, and a Mother of three.