Deprecated: The $control_id argument is deprecated since version 3.5.0! in /home/oq5ayjaeetjt/public_html/wp-content/plugins/elementor/modules/dev-tools/deprecation.php on line 304
 Publisher Note: The Critical Moment - Cannabis Digest
Skip to content 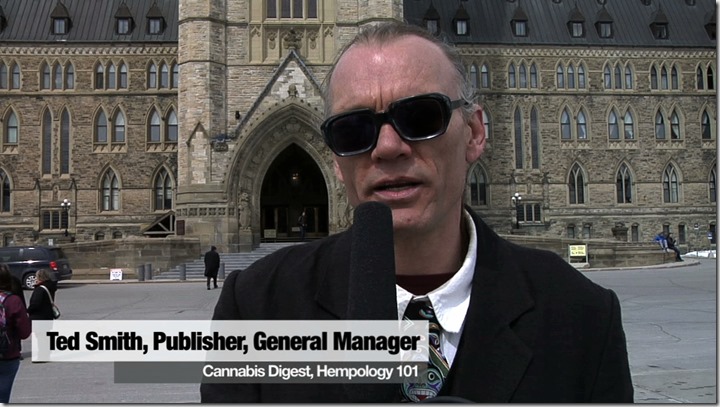 After years of hard work by many people, the Cannabis Digest is growing by leaps and bounds.
Its potential, though, is still much greater.  With so much happening in the cannabis scene, the limits seem boundless.

For dedicated readers, the 12-page growth spurt we have just experienced will be obvious and impressive.  Driven by new advertisers, this growth creates new revenue that will actually be enough to help pay me a wage of $500 per month, give our bookkeeper some money, and hire a new webmaster!  This is a huge breakthrough for our organization and will catapult us to the next phase of our development.

Until now the paper was just able to pay for itself, but that did not come easy.

Initially in 2003 the paper was a single photocopy folded in half to create 4 pages.  It was paid for almost entirely by donations from the Victoria Cannabis Buyers Club.  At the time, the VCBC had just survived 4 police raids and the trials were being delayed pending the outcome of the Clay/Caine/Malmo-Levine case that was before the Supreme Court of Canada.  While we used the paper to help promote the businesses that supported us, the advertising barely generated any revenue for years.

In fact, it was not until Owen Smith was arrested while making products for the VCBC that we decided to expand the newsletter into a newspaper.  The Cannabis Culture magazine had stopped printing, and there was a desperate need for a national publication that could support patients.  With new federal regulations, illegal dispensaries operating throughout the country, interesting cannabis products being developed, several complex court cases proceeding and new medical discoveries being announced, there was no lack of information to share.

Building the newspaper to explain Owen’s court case has been a critical component of our success.  The successful conclusion of his case is no doubt part of the reason so many want to be part of our team, either as advertisers or writers.  We have not only been able to change Canadian law, but we have redefined how cannabis is used as a medicine in this country, and brought dispensaries to the limelight as the premier patient service.

Of course, though, much work remains.  Despite the advancements we have made as a community, the full potential of this plant has yet to be realized.  The Cannabis Digest intends upon being one of the best sources of information on this subject.  Indeed, we intend upon being a driving force for sane cannabis policies around the world.

Naturally, our roots remain in Victoria and with the patients that use dispensaries, but now that we are established there is a lot of room to grow.  Certainly the proliferation of dispensaries in Vancouver and across the country has helped our newspaper to spread far and wide, giving us a very solid base upon which to build our network.  As more Canadian cities appear ready to consider regulations for dispensaries similar to the ones being formed in Vancouver and Victoria, the newspaper’s future seems secure.

Unless of course the Conservative government is able to get re-elected, by some illegal, sleazy act or through complete voter apathy.  Threatening letters were sent out by Health Canada in September to several dispensaries and medical cannabis web-sites, stating that new laws passed last year could see fines of up to $5,000,000 for any organization or individual advertising the sale of cannabis.  While it seems this threat has been merely political grandstanding during an election, there is a fear that if they retain power, the Harper mob will ramp up the war on dispensaries.

Of course, if the Cons do get re-elected, the work of the Cannabis Digest will be even more important, for we can expect more resources to be thrown against the cannabis culture.  Otherwise if the other parties gain control we can help organize the fight for medical accessibility, responsible policies and reasonable taxes  Either way, with each passing season the Cannabis Digest’s position in the cannabis scene in Canada is more solid.

If you are a regular reader of the printed newspaper, you may be happy to know that we publish several blogs a week on-line.  As we grow our on-line presence will certainly improve, drawing in new writers, advertisers and readers.  Since we have focused on creating a unique print product, our web sites have never been our primary source of information.  However, as the world moves into the digital age we too will evolve and our increased presence on the internet will be instrumental as we launch new campaigns, products and court challenges.

Whether you are a Cannabis Digest reader, advertiser, writer or all of the above, you have a chance to participate in a critical and exciting moment in the cannabis culture.  We are collectively witnessing a massive change in the way Western society deals with cannabis, and by working together through sharing information we become a strong unit in the struggle for sane policies.  Pass the paper around with a joint the next time your friends visit and you will see how easy it is to help make the world a better place with cannabis.

Thank you very very much to everyone who has helped our paper grow into an institution.  Together we shall create a bright cannabis future.

Most people became involved in the cannabis movement to free the weed that we love to smoke.  Not me.  I got involved in this fight primarily to help hemp become legal and widely used.  In every way possible, I am a hemp nut. Granted, I have spent most of my energy fighting to legalize the […]

Owen Smith Establish Vaping Licences There used to be a movie theatre in Victoria that allowed people to smoke cannabis while they sat, laughed and ate lots of popcorn. People used to smoke cigarettes in restaurants and on airplanes. In recent decades, our awareness of the hazards of smoking has increased and governments have implemented […]