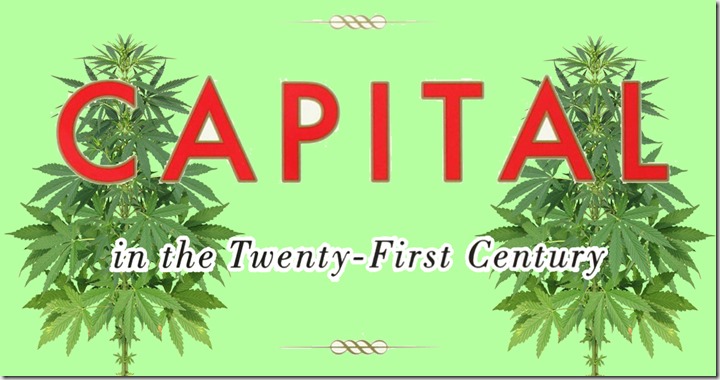 Prior to World War I the context for cannabis policy in the US was racial anxiety over Mexican immigrants.  In the interwar years it was anxiety about the newly liberated black culture forming around the American jazz scene, with some spill-off onto Canada via our own prohibitionist, Emily Murphy.  In the 1950s we had the Beat Generation; its members embraced cannabis.  But the 1950s was a time of peace and rapid economic growth, a time of rebuilding, and of generous social policies that supported an unprecedented era of equality of opportunity.  Housing was cheap; jobs were plenty; student fees were low.  In that world cannabis use among a small group of writers, poets and artists did not merit much public attention.  But by the 1970s and 80s, economic growth had slowed noticeably and intractably.  The price of oil imported from the Middle East quadrupled; and we entered the era of Ronald Reagan, Margaret Thatcher and, in Canada, Brian Mulroney.  At the same time we entered the war on drugs, essentially a war on cannabis.  By the mid 1980s, Reagan had labeled ‘marijuana’ the most dangerous drug in America, requiring militarized local police forces, and a wholesale attack on American youth.  Although milder in his approach, Canada’s Mulroney moved in a similar direction.  On what basis were these leaders able to make such ideas stick? 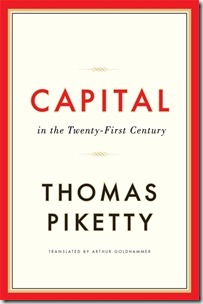 Today’s blog owes much to the analysis provided by Thomas Picketty’s 2014 publication, Capital in the Twenty-First Century.  I read Picketty’s analysis with this question in mind: how might the advent of the new global economy, and changes in national economies, be affecting cannabis policies today?  Here is what I learned from the exercise.

On the eve of World War I (1914), the developed countries of Europe were characterized by large disparities in wealth.  Economic growth was slow; the top 10% of their populations owned over 50% of the nations’ wealth, and over half owned virtually nothing.  Fast-forward to the 21th Century, and the developed nations (Canada and the US now included) have returned to similar levels of disparity.  The post war era of relative equality was an anomaly, not likely to be repeated.

Slow economic growth (1% per year or less) has been the historical norm.  Only countries recovering from war shocks, or those trying to catch up with the West, will have higher rates, and then only temporarily.  Under conditions of slow growth, in industrialized, free market economies, labour unions suffer, wages fall, and fortune favours those who have inherited wealth, or who have been lucky enough to amass substantial capital investments.  When such conditions are paired with a globalizing economy, nations engage in tax competition; they compete to attract capital by lowering corporate taxes.  Since low taxes mean less income for governments, political leaders engaged in this competition preach the benefits of smaller government.  What they mean in practice, however, is less social spending: less spending on health, education, and the social safety net, including affordable housing.  We live in a world made safe for capital.

In addition, Asian nations have begun to catch up to the West.  In the 1950s and 60s, over 80% of exports were from western nations.  Today that figure stands at 50%, and is shrinking.  The European union is struggling with a never-ending series of economic crises, and the glorious North American century—the 20th century—has come and gone.  Our economic elites live in fear of being overtaken by foreigners, and struggle harder than ever for dominance.  In this setting, scapegoating is natural, and cultural fear mongering is normal.

As regressive social policies create a widening gap between rich and poor, and destroy opportunities for the young, leaders of democratic nations that adopt these policies must find ways to justify them.  Young people have to be convinced that they should be good consumers and lap up what the market has to offer; that there are still plenty of opportunities; that the super wealthy are super smart, and deserve what they have.  We must all be distracted, too, by fear campaigns: the Gulf wars; the bombing of Iraq, the bombing of Afghanistan; the bombing of Syria.  Shrinking the government has never meant shrinking the military.

It is in this context that we can see what President Reagan was on about.  The new world economy required wiping away all barriers to wealth accumulation, and the counter-culture was clearly such a barrier.  Cannabis activists and cannabis culture had traditionally been friendly to co-operative projects, to environmental concerns, to promoting social justice—in short, to everything that could stand in the way of global capital.  They were less likely to be friendly to aggressive foreign policies, and more sensitive to political bullshit.  Just think.  If cannabis fans of the 1960s had loved war, embraced consumer culture, and worshipped capital, we’d probably have legal cannabis everywhere.  Of course they were the most dangerous people in America.

Moreover, and this point is crucial, there appears to be no theoretical reason why the income and wealth disparities we see today within nations will not continue to grow.  At some point on that continuum, we can expect to see major political upheavals.  Meanwhile, political progressives have shifted over time to the political right, and even as such, are struggling at the polls.  It is no wonder that middle aged and younger adults despair of accomplishing anything by voting.

One of the saddest aspects of the new economic conservatism is the way in which some nations have begun to treat their youth, particularly Canada and the US.  In abandoning adequate funding for health, education, and social programs, North American culture has abandoned its next generation.  We prosecute and jail them for cannabis possession.  We pick on their parents when they try to provide them with cannabis medicines.  But we are happy to saddle children with mind-bending pharmaceuticals like Ritalin or Adderall, and in the US, with anti-psychotics; those products are good: they enrich the already wealthy.  We are indifferent to child poverty.  We starve the public school programs, and force young people into indebtedness if they want to pursue higher studies or job training.  In doing so, we consign a growing number to low paying, often part-time work.  On the flip side, we consume youth.  We send them off to war.  We target them with ads for sugar, caffeine drinks, and terrible excuses for food, and sicken them with epidemic levels of obesity and diabetes.  When they come of age, we sell them cigarettes and alcohol, and ply them with credit cards.   Meanwhile our federal health officials pretend, with no apparent sense of irony, that their key concern is the health of developing brains.  Short of a strong set of social and economic policies to offset it, this lunacy will only continue.

In Canada we find ourselves in the midst of a federal election campaign.  The Harper government, now seeking its third term, stands for prohibition and, with the 1%, for regressive policies.  Most Canadians favour liberalizing cannabis policy, and would welcome some social spending.  But the progressive side of the spectrum is divided among four political parties.  Moreover, although the Liberals, Social Democrats and even the tiny Green Party promise some level legal of decriminalized cannabis, none has had the courage to mention these ideas in public debates.  Yet legalized cannabis would go a long way to providing funds for education and other much needed social programs.

Perhaps this vacuum is a testament to the success of Harper’s anti-cannabis campaign; maybe opposition parties fear that he’s succeeded in scaring voters with futurological tales of maimed young brains, and cannabis on offer in corner stores, along with the pop and candy.  Or maybe, in a world of growing income disparity, they feel they need to focus on the economy.  If so, it doesn’t look like they are having much luck.  The most recent of the tedious, lack-lustre, monotonous, mediocre, predictable, flat, and boring leaders’ debates was supposed to have focused on that subject.  No such luck.  Harper, a fine tactician, appears to have decided that his anti-cannabis campaign has not scared enough voters, at least if the polls are to be believed.  He could hardly crow about his party’s success in boosting the Canadian economy, as Canada is said to be in a recession.  But he is a keen student of the 21st century culture of big capital, and that culture can make excellent use of fear campaigns.  So he started a conversation instead on head and face coverings for immigrant women, which, he says, are threats to security.  Never mind growing income disparities, and never mind environmental destruction.  It’s the niqab.  If we don’t elect the Conservatives there will be not only cannabis, but also a veiled terrorist on every corner.  He’s even offered a hotline so that ‘good’ Canadians can report neighbours for “barbaric cultural practices.” That’s a skillful campaign strategy.  It worked.

If I have learned anything from Picketty’s book, it is that progressive parties must struggle harder than ever today to push for policies that promote equality, as global economic forces are not on their side.  We are not going to return to a world of fantastic economic growth, creating oodles of job opportunities for everyone as it did in the 1950s and 60s.  And the more concentrated we allow wealth to become, the greater the 1%’s ability to fund the political party of its choice.  Moreover, cannabis is integral to the progressive side of that equation.  In this economy, our best hope lies in a large, unified, left of centre party, precisely what we don’t have.  The polls predict a tight race, and maybe even a Conservative victory.  Then again, the polls seem to be based on telephone landlines, so maybe they are entirely skewed.  Or maybe the young voters, the friends of cannabis, and the diminishing middle class will storm the polls for a change, and vote their enemies out of office.  Or perhaps some cosmic wild card is yet to be played.  For this election, nothing should surprise us.