Deprecated: The $control_id argument is deprecated since version 3.5.0! in /home/oq5ayjaeetjt/public_html/wp-content/plugins/elementor/modules/dev-tools/deprecation.php on line 304
 Reflecting on the Cannabiz Life – Part 1: Hippie Roots - Cannabis Digest
Skip to content

Living my formative years in the 1960’s, some of my earliest memories about gaining exposure to the ways of the world go back to the Cuban missile crisis in 1962. I was 6 ½ years old and was already reading at a reasonably proficient level. One day while walking out of my favourite corner store (that’s what convenience stores were called back then) with my five cent candy bar, I noticed a newspaper box in front of the store. The paper placed in the front window of the box had a headline in big block letters that read, WORLD WAR 3?

I grew up in a family that immigrated to Canada from England in the early 50’s and I was the only one in my family to be born in Canada.

My father spent the war in London as a medic and after being the first on the scene of plane crash after plane crash, he developed his own special form of PTSD (which was not even recognized back then). I had an Uncle who had been hit by a .50 caliber round while being strafed by a Nazi spitfire in North Africa and another Uncle who spent time in a Nazi P.O.W. camp in Europe. I remember the family gatherings when they all reminisced about the horrors of World War 2 and knew the terrible things about war even at 6 years old.

So naturally, when I saw the headline “WORLD WAR 3?” it scared me. When I got home, I asked my Mother why the newspaper said that. Are we going to have another war like the one you and Dad went through? Just for perspective, this was 17 years after WW2 (the Iraq war was 13 years ago). 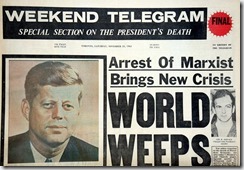 I remember a long and thoughtful discussion with my Mother, who did her best to explain how things had changed since WW2 without scaring the pants off me. She told me about how there were new bombs today, bombs that could destroy the entire world. It was really hard for her to sugar-coat this reality. Although she did her best, I was left shaken by the prospect that the world could end at any moment, a rather advanced concept for a six year old.

After that crisis had thankfully passed and the world didn’t end, it wasn’t long until President Kennedy was assassinated, then his brother and Martin Luther King. 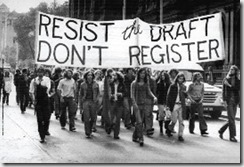 By 1968 when I was 12 years old, I had developed an understanding that even though millions of people died in WW2, nothing had really been fixed in “the war to end all wars”.

It was at this juncture in my life that I noticed on the nightly news casts, that my Father watched almost religiously, there were these people with long hair, carrying signs and protesting the war in Vietnam and burning the cards that ensured that they could be sent, against their will, to face the horrors of a war that they didn’t think their government should even be involved in.

I watched the footage on T.V. showing “Hippies” being beaten with billy-clubs and shot on college campuses.

I was curious about these people. In the six years since my concept of war had turned from a heroic effort to save the world, to a horrifying prospect that could end the world, I found that I was already becoming an “activist”. 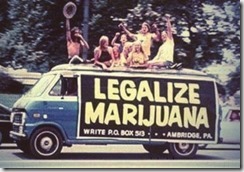 After a couple more years of following the Hippie movement and learning about the “other” aspects of the life style of the Hippies, peace and love and rock’n roll combined with expanding the mind through the use of drugs was now very much on my radar.

I remember the summer of 1970. I had just graduated from public school in suburban Toronto and was looking forward to starting high school in the fall.

Woodstock was still a fresh memory and hippies were still everywhere.

In the spring of 1970, a new guy had moved into the neighbourhood. I remember he had long red hair and I had heard all the rumors about how he was involved with “drugs”. Most of what I heard were cautionary comments like “stay away from that guy” and the like but I didn’t want to “stay away from him”, I wanted to get to know him, find out what it was like to be a “hippie” and find out what drugs were all about. I asked him if he could get me some pot. He obliged and offered me five pre-rolled joints for five dollars and unknown to me, at that moment, my first experience with cannabis was also my first experience with CannaBiz.

I remember talking a few of my friends in to coming with me to a place in the woods, deep in a ravine, to experience “marijuana” for the first time. Nothing happened. We didn’t get high. We all thought maybe we did but we didn’t.

Finally, by June of 1970, after a couple more “experiences” with smoking pot, I finally “got off”. It was the most amazing experience of my life (so far). I remember laughing so hard my sides hurt. I finally understood what it was like to “get high”. 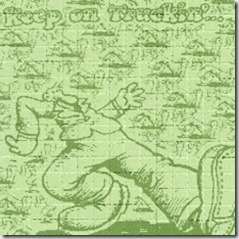 By August 1970, I was introduced to LSD. I remember how, together with two friends, we spend the night in the attic of a pool side cabana that had been converted into a private refuge by the guy that lived there. We had a record player and the Woodstock album. We listened to it over and over as we tripped our asses off all night laughing and philosophising about all kinds of things, it was another life altering experience, one that changed me forever.

I started high school that fall. I was a “hippie” and I wasn’t alone. There were lots of hippies in high school and I remember it was like coming home. My peers, for the most part, had seen the way things developed in the 60’s and shared my experiences and beliefs.

All through High school I sometimes watched and sometimes participated in the commerce of Canna Biz, mostly “pot” and “hash”. Everyone knew a “dealer” and weed flowed as freely as the ideals that were part of the culture. It was a magical time in my life that culminated with moving to Florida in 1973 and finishing high school there.

(Part 1 of 3 of Reflecting on the Cannabiz Life)

How NOT To Have a Public Debate on Legalizing Marijuana

Notes on the February 4th Event at the University of Victoria   Last Wednesday I trotted off to UVIC’s Farquar Auditorium to listen to a ‘debate/discussion’ on legalizing marijuana, put on by the UVSS—the student society.  They had organized a panel with four speakers, two pro, two con.  On the pro side were activist Marc […]