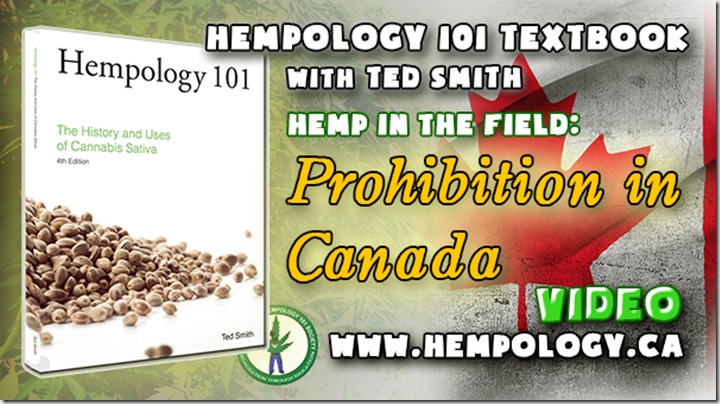 As new uses of hemp became discovered in the early 1900’s, the number of competitors also grew.  These industries colluded with influential political figures to gradually eliminate cannabis from the marketplace by any means possible.  In Canada, no one was more driven to create laws punishing so-called drug users than Emily Murphy.

There is no doubt that prohibition was in large part justified as a measure to control non-Western populations like the Chinese, Africans and Mexicans.  In several articles published under the false name Janey Canuck in Macleans magazine, Mrs. Murphy wrote outrageous stories about drug users intended to incite the Canadian government to write new laws prohibiting cannabis in 1923.  There was absolutely no debate when the laws prohibiting marijuana were passed.

Being the first female judge in the British empire, Emily Murphy remains one of the most controversial figures in Canadian history.  Her beliefs in forced sterilization and racial profiling were very common at the time, making her a celebrity in elite circles.  Though we find many of her writings today to be examples of discrimination and racism, it must be remembered that these ideas were dominant at the time.

More history of the prohibition of cannabis will be discussed in videos of the chapter on prohibition.  Of course, if you buy my book, HEMPOLOGY 101: THE HISTORY AND USES OF CANNABIS SATIVA, then you will not need to watch these videos at all.

Next article Mr. Harper and the Developing Brain

Owen Smith·April 13, 2013
There are no comments yet No comments

Why Do Canadian Teens Use More Cannabis?