Deprecated: The $control_id argument is deprecated since version 3.5.0! in /home/oq5ayjaeetjt/public_html/wp-content/plugins/elementor/modules/dev-tools/deprecation.php on line 304
 Retrospective: Top 10+ Articles Proving Reefer Madness was alive and well in 2015 - Cannabis Digest
Skip to content 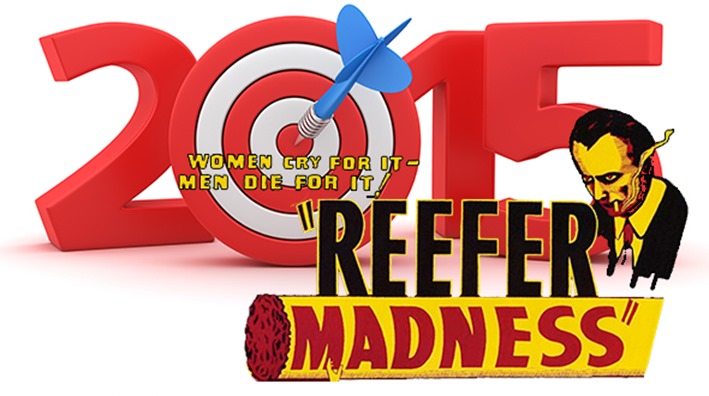 For many Canadians and Americans, 2015 seemed to be a real banner year for cannabis legalization. Dispensaries were blooming, LPs were producing, and a new majority government in Ottawa promised to legalize the recreational use of cannabis during its mandate. In the USA, Alaska, Oregon, and Washington were all set to follow Colorado’s lead in regulating recreational consumption. Even the head of the FDA, Nora Volkow, almost hopped on the cannabis bandwagon declaring that CBD “… appears to be a safe drug with no addictive effects” (http://theleafonline.com/c/politics/2015/07/new-directions-federal-cannabis-policy/), which was quite a change in direction.

There was a great deal of back-slapping, glad-handing, and celebrating among those who have been active in promoting the full legalization of cannabis.

But let’s not sound the death knell of prohibition quite yet. As it turns out, reefer madness is still with us, and even though the arguments and pundits change, the message is still the same – Beware the Devil’s Weed!

Don’t believe me? Here are my top ten picks to prove my point.

Maclean’s The right (and wrong) way to legalize cannabis

Two Americans give advice to Canadians on how to legalize cannabis. One of them being Mark A.R. Kleiman who was instrumental in helping to create the quagmire of regulation in Washington state. Lots of talk about “cannabis use disorder”, high dosage users, etc. I particularly liked the argument saying that lower prices will lead to higher consumption, despite all the evidence to the contrary.

National Post: Michael Den Tandt: Don’t be surprised if marijuana legalization gets shoved to the back burner

Impaired driving, complexity of implementation, and the rather bizarre idea that the only reason people use cannabis is as a counter-culture statement are all part of Den Tandt’s arguments. He published quite a few pieces in 2015 opposed to or non-supportive of legalization.

This piece introduces the idea that dispensaries are going to somehow prevent the federal government from implementing its legalization plan, when in fact they provide an amazing example on how it could easily, safely, and effectively be achieved.

Reefer madness: On teens and pot, those stars you see are asterisks

Nothing like the old saw about how it will corrupt and destroy our fragile youth to evoke the old Reefer Madness boogieman.

Kevin Sabet, an infamous US-based prohibitionist, managed to export his Smart Approaches to Cannabis (SAM) organization to Canada. SAM spokesperson Pamela McColl managed to get SAM and her name in the news by demanding dispensaries be shut down and that the government enforce the current rules

Meanwhile, in the USA…

All I can say is that he makes Donald Trump look good by comparison.

Meanwhile, on the medical front, doctors were making sure to stay as far away as possible from cannabis in any shape or form

Marijuana’s THC May Increase ‘Noise’ in Your Brain

True Reefer Madness in all its glory with talk of “psychosis-like effects”.

Even while hundreds of children suffering from epilepsy, ADD and chronic pain are being successfully treated with cannabis extracts, we had the Canadian Pediatric Society stating there is “little data to support either the efficacy or safety of cannabis use” for any health condition in kids and that “a lot more work has to be done”

Beware of high potency cannabis! It will rot your brain!

While this appears to be a legitimate report, the lead author Mary-Ann Fitzcharles, MD, of McGill University Health Centre in Montreal has published many anti-cannabis reports. You should check where her funding comes from for these papers. I don’t think she writes them for altruistic reasons.

Of course, there were also a number of opinions expressed in 2015 as well. Here is a typical example:

No effort by medical marijuana supporters to get FDA approval for obvious reasons: PennLive letters

This article takes the position that if cannabis were good, then its proponents would get it properly tested and approved by the FDA. This, in fact, is what proponents have been trying to do for the last 20 years, but being foiled at every opportunity by the FDA. Talk about a catch-22, eh?

Bottom line: The battle isn’t over yet, and the prohibitionist are still fighting hard.

Intro By Ted Smith On Thurs Aug 14, 2014 the BC Court of Appeal, in a split decision, ruled that the regulations limiting patients to dried marijuana were unconstitutional.  This decision stems from a raid on the bakery of the Victoria Cannabis Buyers Club in Dec 2009 after which Owen Smith faced charges of possession […]