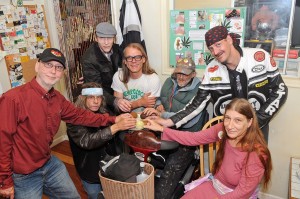 From Our friends in calgary Updates and events put on by the Alberta420 crew By Keith Fagin The first annual 420 Film Festival in Calgary was held at the Plaza Theatre on Tuesday Apr. 20, 2009, in the trendy Cal- gary community of Kensington. The 420 Film Fest enjoyed strong support from 420 film makers […]