On Thurs May 14, 2015, the Victoria City Council is expected to formally request city staff to prepare bylaws to license medical cannabis dispensaries.  While the vast majority of local citizens have expressed support for this development, a local consultant has decided to jump into the fray with a letter so biased towards Licensed Producer Tilray it is hard to believe he is not being paid for it.  This comes as no surprise, as the licensing of dispensaries is very threatening to fully legal LPs so long as the supply comes from illicit sources.

One has to wonder why a “consultant” would worry about what the Victoria is doing with dispensaries. Tilray is a huge US company based in Naniamo that is expanding so it can take an even larger share of the growing medical cannabis market in Canada.  It seems clear that this gentleman is much more interested in making money for Tilray than patient care.

Financial investment appears to be the standard by which Marshal believes cannabis distributors should be gauged by.  In fact, clubs like the Victoria Cannabis Buyers Club have invested far more than money into their organization, building human resources that mail order LPs could never duplicate.  Protecting the financial security of large companies over small, grassroots community centers is not in the best interest of any city.

The new bylaws are likely to contain several security requirements, so his concerns regarding criminal record checks and investment are actually being addressed.  These types of regulations would be welcomed by dispensaries who have been forced to work under extraordinary circumstances to provide cannabis despite it being illegal.  That is why these organizations have storefronts, they anticipate and look forward to complying with all reasonable bylaws and other regulatory requirements placed upon them by other government authorities.

It is clear from the tone of the letter, Marshal downplays the potential benefits and overstates the risks associated with cannabis use.  Certainly our 19 year experience in Victoria has proven cannabis can be distributed in a manner that is safe for the patient and community-at-large.  While there is some risk for people when they use cannabis, especially if they have a seriously compromised immune system or severe mental health issues, those risks exist whether the patient obtains the herb from an LP, dispensary or street dealer. 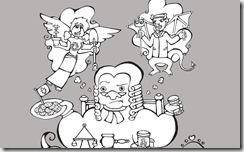 After all, the main reason these clubs exist is because judges are not willing to put people in jail for selling cannabis to those in medical need.  Most clubs require a diagnosis of a medical condition, not a recommendation, in part because most doctors are rightfully afraid of the College of Physicians and Surgeons or simply ignorant of the benefits of cannabis in general.  The Canadian Charter of Rights and Freedoms protects citizens from unconstitutional laws, hence the creation of the medical cannabis regulations in the first place and the reason judges will not keep the operators in jail.

Many of the criticisms towards dispensaries of Marshal stem from prohibition, not from any actual harms of the plant.  The changes that need to happen are primarily at the federal level of government and this process forces them to the table, along with the provincial government and local health authorities.  Sitting back and allowing dispensaries to proliferate is certainly not acceptable anymore and neither is shutting them down.

He is right about one thing: cannabis will never get through the drug approval process.  No plant ever will.  It is a drug approval process, plants and their derivatives are governed by the Natural Health Products Act.  That does not diminish the plant’s medical qualities, it just makes it difficult for a drug company to patent it.  Woe to Fortune 500.

Taking a shot at the business license process in general by suggesting other businesses could refuse to pay their annual fee, Marshal is attempting to scare council.  However, any legitimate business would require a license for any number of legitimate reasons and no business is going to risk the wrath of the city by not paying a relatively small fee for a license.  The irony is that this process will create a license for dispensaries, likely an expensive one, at which point everyone will comply with the city’s bylaws.

I truly hope Marshal enjoyed the cannabis he illegally purchased here in Victoria.  Seems sort of slimy to know there is a consultant sneaking around clubs looking for information to use against them but with all of this money at stake, dirty tricks will likely be played by the greedy and desperate.

Thankfully, I am certain our city council is intelligent enough not to agree with much of what he says.

I understand that Council will shortly debate the issues surrounding the so-called medical marijuana dispensaries that are popping up in Victoria.  I wish to share my thoughts and concerns with Council.

I fully appreciate that marijuana has beneficial uses for patients who use it to treat chronic pain.   For those patients who require access to medical marijuana, there are federally-licensed facilities such as Tilray, in Nanaimo.  These facilities are tightly controlled, have invested tens of millions of dollars into their facilities, prohibit employment of anyone with a criminal record, and dispense product known to be free of lacing agents.  And the distribution process is well-defined:

· The patient is provided with a prescription by a licensed practitioner,

· The patient forwards the prescription to Tilray,

· Tilray dispenses the prescribed amount, and

· Tilray forwards (by next day mail delivery) the fulfilled prescription.

By contrast, the so-called medical marijuana dispensaries that are popping up:

· have made little or no investment,

· cannot and will not divulge their supply sources,

· cannot affirm that their products are free from lacing agents,

· may or may not conduct criminal record checks on their employees (recent reports have noted that certain dispensaries are, in fact, owned and or managed by individuals with trafficking convictions, and

· are known to dispense marijuana to individuals without a prescription.  (I can personally attest to this)

I recognize that there is a populist move to further decriminalize if not legalize marijuana usage.  I do not wish to enter that fray but, for those members of Council who wish to ignore the literature in favour of popular opinion, I refer you to health-related findings summarized recently in the Globe and Mail:

· Marijuana is not a medicine, it is not approved by Health Canada and the way research is trending, it will never get that coveted designation.  Across Canada, doctors may prescribe it for cancer patients and others with pain when conventional therapeutic options fail. But medical professional organizations such as the College of Physicians and Surgeons of B.C. are struggling with how to regulate it, because doctors know that marijuana use comes with health risks.

· In 2013, Northwestern Medicine published a study in Schizophrenia Bulletin stating that teens who were heavy marijuana users (smoking daily for three years) showed brain abnormalities in which structures related to memory shrank and collapsed.

· In April, a study published in the Journal of the American Heart Association reported that marijuana use was associated with “cardiovascular complications” among young and middle-aged adults in France. We’re talking here about 34-year-olds having heart attacks.

· In 2009, the journal Chemical Research in Toxicology published a study that said marijuana smoke caused more damage to cells and DNA than tobacco smoke.

In short, there are significant health risks and this fact should not be obscured  by a storefront sign that claims a drug shop is a medical dispensary.

As for the City of Victoria, I could support action by this Council to pressure the Federal Government to change existing laws and statutes.  I would also support the City of Victoria in efforts to appropriately site facilities that have obtained the requisite federal license.  But, until the law is changed:

· such dispensaries possess and distribute so much product that they are effectively trafficking in a prohibited substance;

· by providing operating permits (e.g., business licenses) to facilities that are not licensed by the Federal Government, the City of Victoria would (in my view) be abetting trafficking;

· the licensing of such “dispensaries” effectively undermines the multi-million dollar investments made by certain companies in their efforts to dispense medical marijuana in a legal manner; and

· by licensing such facilities, the City of Victoria could well be facilitating, aiding and indeed encouraging practices that are not just unhealthy but are downright dangerous.   If the product under consideration was tobacco, this Council and Medical Health Officers would be falling over one another to severely constrain – not encourage – distribution.

Next article Herb of Life – Chapter 2

CANNABIS CLUBS ACROSS CANADA AND THE U.S.A