Deprecated: The $control_id argument is deprecated since version 3.5.0! in /home/oq5ayjaeetjt/public_html/wp-content/plugins/elementor/modules/dev-tools/deprecation.php on line 304
 UK Drug Policy Slow to Shift - Cannabis Digest
Skip to content

First off, one of the good pieces of news to digest is the release of Marc Emery, the Prince of Pot, after almost 5 years incarcerated in a land he was not allowed to visit on his own. It is great to see him and his wife Jodie reunited. They are now going on tour to spread the word of legalization.

From what I understand, they shall be visiting Glasgow, Scotland and London, England in the UK,, and doing a whistle stop tour of Ireland. They will start the tour in Spain and get to see a bit of France, too. I shall be attending the Glasgow part of the tour & shall give an update, via the Cannabis Digest Blogs.

There is a host of barbeques and picnic protests planned for the next coming months, before the winter here in the UK. It is great to see communities and social clubs come together via social network sites.

We had a slight side-track on the activism front in Scotland, with the vote for independence taking the hot seat for debate nationwide. Scotland didn’t gain independence. With Scotland having one of the worse records for “drug associated crimes” in Europe, maybe a legalization model could have been implemented. We will never know.

Currently in the UK, the Liberal/Democrats will be reviewing a policy paper on decriminalizing personal drug use at the party conference in October. Hopefully the Emery tour of the UK and part of Europe musters up some forward thinking and ideologies within other political parties ranks. With Jodie running for a Liberal seat in Canada, we can hope there is a global domino effect!

Apparently, the UK will be looking at the Portugal model of “quasi legal”, or decriminalized. Portugal decriminalized possession of all drugs in 2000, considering drug use a health issue and not a criminal matter. These UK politicians will apparently also discuss the actual legalization of cannabis for personal use.

The Liberal/Democrats are willing to look at the Uruguay model of a an “open regulated cannabis farmers market.” This would make sure the industry is not overrun by big bucks, and would keep consumers in a regulated framework. Governments need to be realistic and look at the economics. Just watch tax revenue going up and drug associated crime rates dropping in Colorado from legalizing cannabis!

Although they have great vision, the Liberal/Democrats are known as the third political party, Labour and Tories being the other main two here in the UK. But they could end up holding the balance of power in a minority government. Never say never. 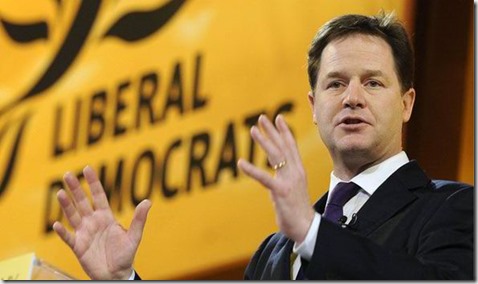 Nick Clegg of the Liberal/Democrats has been quite vocal on the need for change in drug policy. His conservative counterpart, David Cameron, though, will not look at even decriminalizing, never mind legalizing. In 2012, the Liberal/Democrats leader accused politicians of a “conspiracy of silence” about the problem of drug addiction. He argued that the UK was losing, and that “the war was being lost on an industrial scale”

Norman Baker, the Liberal/Democrats minister in charge of drugs policy, has called on the coalition to legalise the widespread use of cannabis, with focus put towards relieving the suffering caused by certain medical conditions, including the side effects of chemotherapy. Baker also wrote to the health secretary, Jeremy Hunt, in August, asking for a review of the medicinal benefits and properties of cannabis.

Anybody advocating for cannabis has my vote!

Well I must say, with having had spasms and tremors as a kid which turned epileptic in my teens, I am sure glad to see prohibition falling, brick by brick. This is partly due to US Dr. Sanjay Gupta’s turn-around stance on the efficacy of what he was seeing for his own eyes: cannabis works and can stop seizures and spasms. This chemical entourage effect occurs when all the cannabinoids and other compounds work synergistically with each other. This is a holistic approach to making medicine. Cannabis regulates the brain’s neurons, which halts the seizures, spasms and tremors.

On facebook, I have posted lots of news articles and videos of children with the likes of Dravet Syndrome. With half the videos I watched, I could not help help but shed a tear. Now if any professionals can deny that this is medicinal value, they should not be in their profession. All doctors need to learn about how cannabinoids function.

Until next time my hempy friends, from the UK 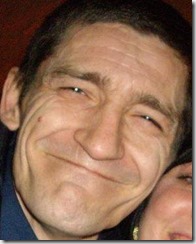 One day this month, the Canadian Task Force on legalizing and regulating cannabis will announce its proposed program. Meanwhile, on May 9th 2017, BC residents will face a provincial election. At issue for cannabis fans in BC is the fate of the local cannabis industry, a multi-billion dollar economy representing growers, processors, dispensary owners, and […]

Cannabis and the Project of Enlightenment: Can We Make It Work?

By Judith Stamps ONE FACT, TWO RULES, AND A DEFINTION FACT: inequality in wealth and power is increasing in our world.  The richest one percent of adults own over 40% of the world’s wealth (land, buildings, food, resources, machinery, weapons, technology, and cash), a figure that, according to Credit Swisse, will rise to over 50% […]