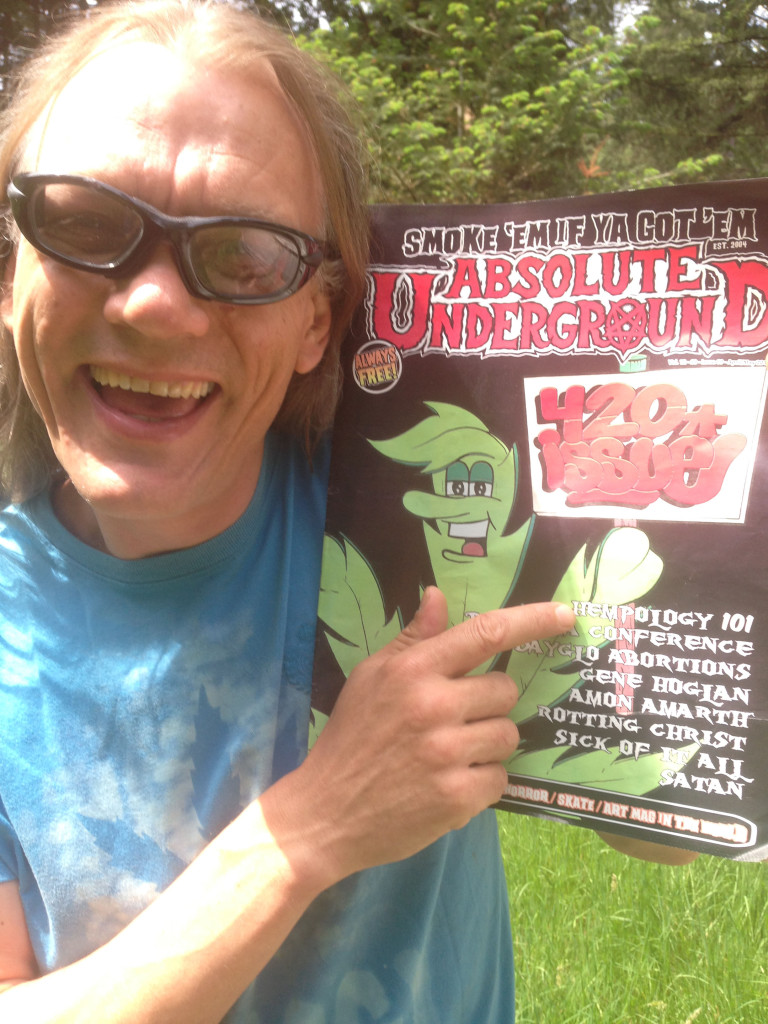 Who are are we talking to today and what are you best known for?

Ted Smith  Founder of the oldest medical dispensary in the world, the Victoria Cannabis Buyers Club, author of HEMPOLOGY 101: THE HISTORY AND USES OF CANNABIS SATIVA, publisher of the Cannabis Digest newspaper and I made a short appearance in the movie Kid Cannabis.

How did you first become involved in the legalization movement?

When I attended my first Hempology 101 meeting in Jan 1995 it became clear to me how important this plant was and I decided to write the book to help hemp become legal.  Being a 7th generation Canadian but the first generation not raised on the farm, I wanted to be an advocate for agricultural communities that had been essentially ripped off by bankers and capitalists.

Tell us the history of your medical marijuana dispensary.

I started Hempology 101 in Victoria in Sept 1995 and started meeting patients immediately.  By Jan I got a pager and made some handouts for the Victoria Cannabis Buyers Club and started delivering medicine from the van I lived in, with help from a lady that made cookies, massage oils and salves.  In a few months we got an apartment which we operated from for about 5 years before getting a store.  The store was raided 4 times in 2002-03 and then our bakery was raided in 2009.  We have beaten all 15 trafficking charges laid against me and the staff, including the last battle which went all of the way to the Supreme Court of Canada and made extracts like hash, honey oil and cookies legal for patients to use.  We have close to 4,000 patients that use our services and have over 50 food and skin products for various medical uses.  We have a safe inhalation room and provide a lot of educational material to our members.

You have been actively assisting medical patients for years. What are some of the healing factors of THC and CBD that you have witnessed. 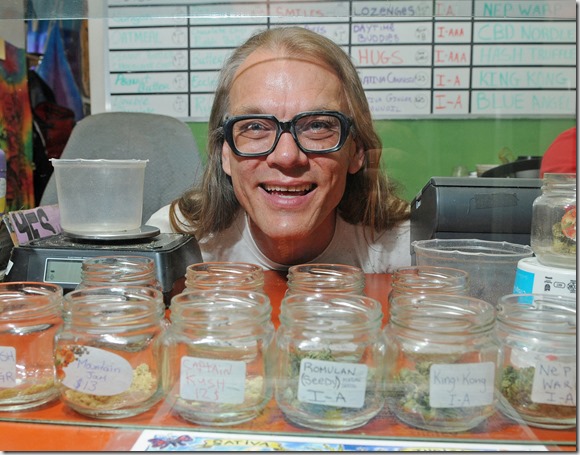 Well I could tell a lot of stories.  What I have seen with the love of my life in the last few years has been nothing short of incredible.  She has had cancer for over 5 years and it has gotten into the bones throughout her body.  A year and a half ago, two vertebrate collapsed, as the cancer had eaten it away.  We thought she was dying.  She could not eat, so getting cannabis oil pills down her throat was not even an option.  We started giving her cannabis suppositories, which claimed down the pain and her tummy enough she could eat one grape at a time and with that start getting cannabis pills into her.  We brought her home to die and as her appetite increased she took more capsules full of cannabis oils.  While she had been using some cannabis before, it was only when we started giving her massive doses that she started to beat the cancer back.. While she is still struggling to stay alive, I have no doubt she would have been dead a long time ago if we did not have lots of friends donating cannabis and cannabis oils to her.

Briefly let us know about some of the the court battles you have fought and the final results.

Aside from the VCBC raids, I have also been arrested passing out joints at the University of Victoria, where the UVSS Hempology 101 club has hosted weekly 420 circles since 1998, and for trying to give out 420 pot cookies on International Medical Marijuana Day.  Both arrests were back in Nov 2000.  I was convicted of trafficking cannabis for passing out the joints and eventually fined $500.  In the cookie trial I was found guilty of possession for the purposes of trafficking THC by a jury, and was sentenced to one day in jail, which ended up being around 3 hours.

Tell us about your book and group Hempology 101

My book is the most comprehensive story of cannabis written yet.  It covers ancient history, hemp, the medical applications of cannabis, the long history of prohibition and the struggle in the last few decades to undermine prohibition.  The International Hempology 101 Society is a non-profit based in Victoria, BC that hosts a variety of events, like April 20 at City Hall, and publishes the Cannabis Digest newspaper.

Tell us about the mascot character you dress up as.

Herb is our big mascot and we love to bring him out to all sorts of events like Earth Day and I will even be wearing him when I run 10 kilometer in the Times Colonist 10K this April.  He is about 12 feet tall and 8 feet wide, so it is like running with a sail.

Were you happy when the Liberals ousted Harper? Will Pot be legalized under Justin Trudeau?

Certainly everyone was happy to see Harper gone but many of us are worried that the new government will be making very strict rules when they legalize cannabis, making it difficult for small businesses to enter into the market.

Any advice for people looking to join the herbal movement?

We see many medical dispensaries popping up all over the place do you feel like your long fight has had positive results?

It is so amazing to see all of these dispensaries popping up and is a clear sign we are winning.

What do you see as the ultimate solution to the marijuana laws in Canada?

Hopefully there will no no unreasonable barriers for someone looking to enter into the industry as a producer or distributor.  A flourishing craft cannabis industry would provide a lot of jobs and keep the costs low.

How will you be celebrating 420 this year?

I organize the 420 event in Victoria so I will be on the microphone at 420.

Allowing Home Gardens Must Be Foundational To Any Future Cannabis Regulation Policy By Judith Stamps The title you’ve just read is the conclusion to today’s blog.  To arrive at it, I followed this series of thoughts.   1. PROPERTY:   In the early modern era—17th and early 18th centuries—political theorists asked themselves this question: If […]