Deprecated: The $control_id argument is deprecated since version 3.5.0! in /home/oq5ayjaeetjt/public_html/wp-content/plugins/elementor/modules/dev-tools/deprecation.php on line 304
 What Really Happened to BuzzOn - Cannabis Digest
Skip to content

For the past year, BuzzOn co-founder Wayne Robillard has been hearing wild rumours about himself. People email him, call him, and talk to him in person, telling him that they had heard he was arrested, that BuzzOn had been raided, and worse. None of which was true, of course, but Ottawa, like many small communities, has a bigger rumour mill than it does reliable media. It comes as no surprise to me that rumours are pushed as fact, while facts are dismissed as hearsay. So here is the real story. 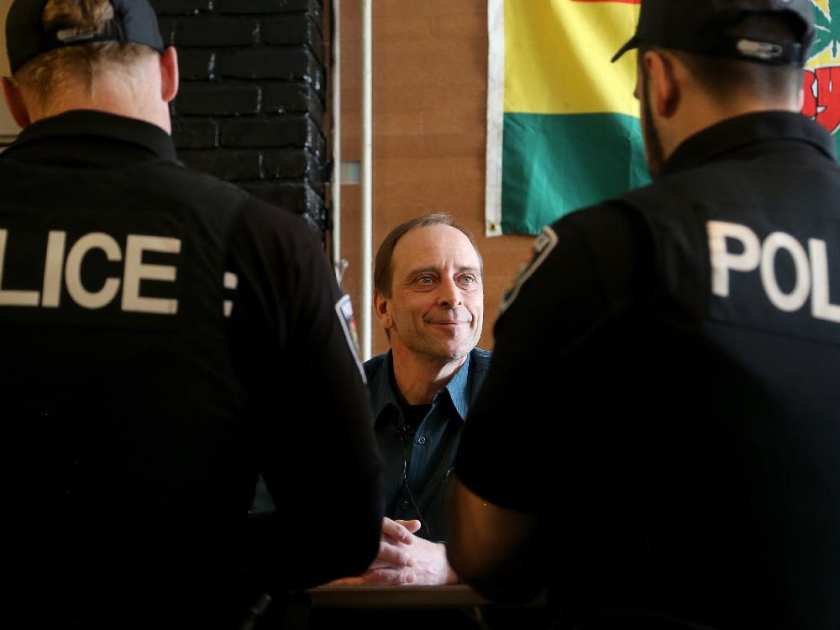 After years of trying, Wayne Robillard finally managed to get someone to finance his idea of a marijuana vapour lounge in Ottawa. He had a soft opening on April 20th, 2015, and was formally open on May 1st. The media caught wind of it, the Mayor commented, and the police dropped by to see what was going on and what Wayne was all about. Then the bylaw inspectors came, and there were a lot of changes that needed to be made. Robillard says that after discussing his situation with other businesses that had started new ventures in Ottawa, he realized that BuzzOn was being subjected to excessive scrutiny, and was not being given anywhere near the same level of leniency as were other non-pot-related businesses.

For starters, their space was originally zoned as retail, but the city made them change it to “place of gathering,” which meant they had to install wheelchair accessible bathrooms. They also had to install a mammoth air ventilation system. “We could find ones bigger than we needed, and smaller than we needed,” explained Robillard, “but not the middle size that we needed.”

A contractor heard him lamenting this on the radio, contacted him, and made a custom ventilation system for the lounge.

Robillard feels that it took much longer than it should have to get all the renovations done, partly because of the city’s need to inspect and sign off on every little thing, and partly because his investor/partners often took longer than necessary to get these tasks completed. This process dragged on until October, when they were finally able to open their doors to the public again.

Business was slow to return. Some people thought that BuzzOn had been busted, and for that reason, didn’t want to enter the building. Others had heard wild and untrue rumours about the lounge having a lot of police hassle, or guys with “beefs” making trouble with rivals.

Then, no one would sell BuzzOn advertising. They were only able to buy one advertisement in the Ottawa Sun, which hardly anyone reads any more. But business eventually picked up, and by January of 2016, for the first time, they made more money that month than they had spent. This is when Robillard and the financiers disagreed about how much money he should get for his efforts, and parted ways. 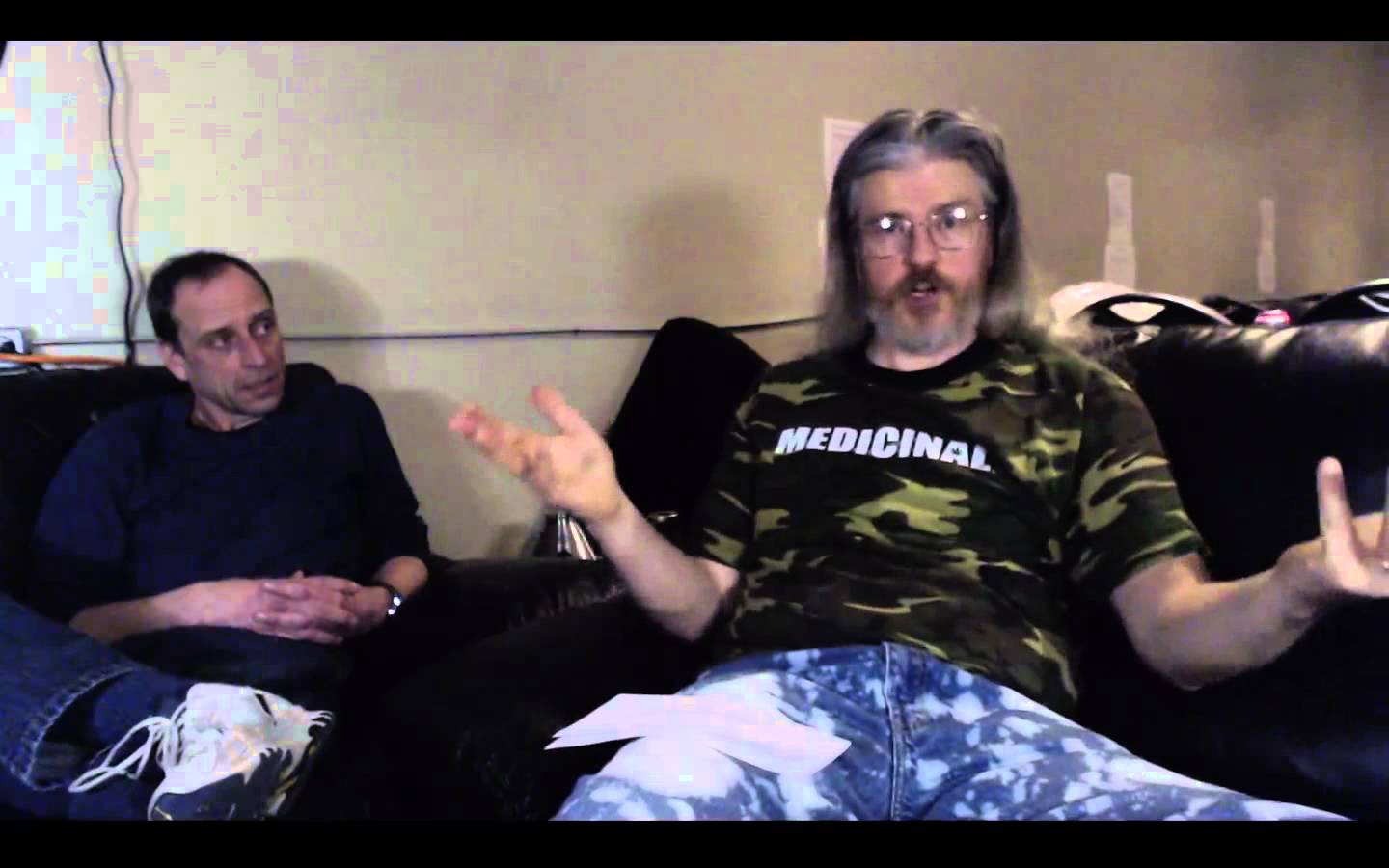 Then there was a rather heated falling out that one of the owners had with someone from Yuk Yuk’s, which ended BuzzOn’s sparsely-attended comedy night.

In February I tried to bring some attention to the lounge with my weekly live podcast, Pottawa. Although Robillard was no longer managing the lounge, he still had enough influence with the owners to convince them that having a weekly show like this could help business, especially since they no longer had a weekly comedy night.

Business remained slow but steady through the early months of 2016, but picked up significantly in March, when BuzzOn hosted the Mastah Concentrate Series Dab Throwdown, the first event of its kind in Ottawa.

As the weather improved, business dropped to half of what it had been in the winter. But this decline might also have had something to do with how BuzzOn’s vibe changed after the departure of Robillard from the lounge’s helm.

The music playing in the lounge began to consist of the same 30 songs played all day from some internet radio station, every song rich with N-words, “bitches,” and references to guns, money, sex, and drugs. A group of about twelve people – the owners, the employees, and their immediate group of friends – became the regulars, and being in the lounge began to feel more like we were hanging out in the basement of someone’s parents’ house than in a place for adults. It was in no way a violent or menacing atmosphere, but for many people who had bought long-term memberships to the lounge, it was simply no longer a very comfortable environment.

Then in April, the entire BuzzOn family of employees and regulars was devastated by the death of their friend, BuzzOn employee, Alex Cross. Cross was on his way home from BuzzOn in the early hours of the morning, when his car was hit by another car that was fleeing Ottawa Police.

Despite a 420 party hosted by Robillard, a well-attended visit from Dana Larsen, and another Dab Throwndown, the death of Cross cast a gloom over the entire venture, and the wind had been taken out of everyone’s sails. 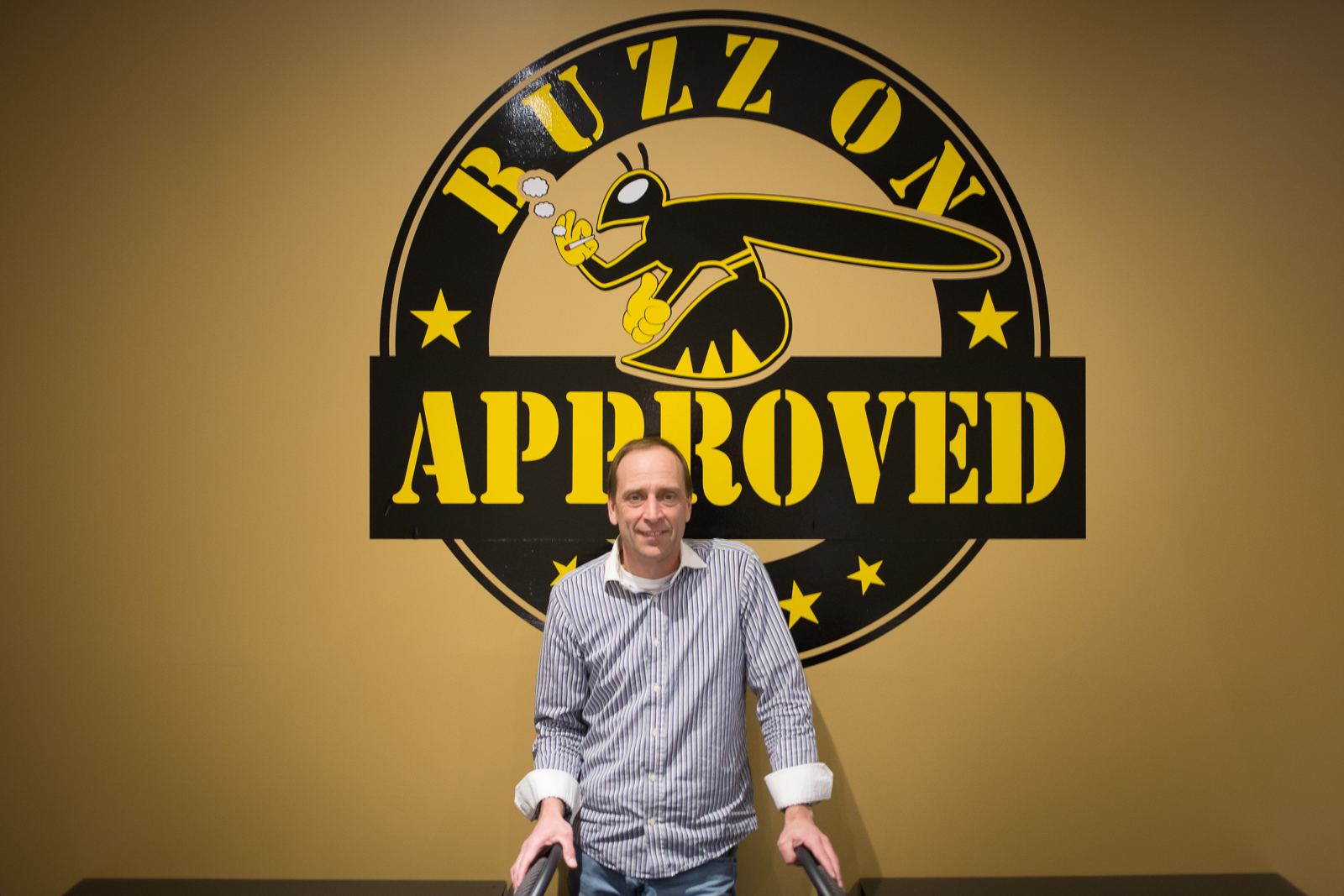 Because of sagging attendance, the lounge simply didn’t have the financial wherewithal to scoff at and simply pay – or lawyer up and fight – any fines that might have come their way from new provincial bylaws regarding public use of medically prescribed marijuana. BuzzOn closed its doors on the last day of June 2016.

But really, BuzzOn was its own worst enemy. It had the blessing of the community of vendors in the area, it was not facing any police harassment, and it had name recognition as the first lounge of its kind in the city’s history. But they dropped the ball. They couldn’t buy advertising, which wasn’t their fault, but they could have had a lot more online hustle. They had a Facebook page which had posts for events, and that is about all. The last tweet the lounge posted was from me when I was volunteering there one day in May of the previous year! No Instagram, no Youtube videos…in fact, one of the employees was adamant about never appearing on camera. Not just in the background of Pottawa, but ever.

So as sad as I was to see the place close, I was not the least bit surprised, and neither, it seems, was anyone else.

But Robillard is not deterred. In fact, he has started hosting monthly “speakeasy” events with open sales, and raffles, and taste testing, and everything any self-respecting stoner would expect at a public pot event. Sure, you have to kind of know someone to find out where and when the event is being held, and it is usually in a rented commercial space somewhere in the outskirts of the city. But having attended two of them, I can tell you that it was as cool as Ottawa has ever been.

By Diane Walsh   Why Not Hemp Paper? Half of the world’s forests have been cut to make paper from wood. Sad, don’t you think? Here’s something you can do about deforestation. Seek out an alternative—fibre sources derived from hemp, that are fresh tree-free. Though not widely publicized, the hemp paper market does exist. It […]

Our Response to the Proposed Approach Survey

(The Questionnaire is only available until January 20th. Have your say right away!) By Ted Smith and Clea Maclean Health Canada is seeking your feedback on the Proposed Approach to the Regulation of Cannabis. This consultation builds on the extensive consultations conducted by the Task Force on Cannabis Legalization and Regulation. The consultation is guided by […]

On December 3rd, 2014 I attended The Cannabis Seminar on my home island of Salt Spring, BC. It was presented by Dr. Paul Hornby of Hedron Analytical and Neil Morgan of the newly created Canbis Nutrameds. The event offered Salt Spring Island a rare opportunity to meet other community members with an interest in cannabis. […]