Deprecated: The $control_id argument is deprecated since version 3.5.0! in /home/oq5ayjaeetjt/public_html/wp-content/plugins/elementor/modules/dev-tools/deprecation.php on line 304
 I Wouldn't Call Them Budtenders - If I Had My Way - Cannabis Digest
Skip to content

A glance online will tell you that it is too late to eliminate the term ‘budtender’ from the cannabis industry. Definitions are offered in Urban Dictionary, Wiktionary, the Marijuana Glossary, and Merriam Webster. Budtender is a blend of ‘bud’ and ‘bartender.’ The budtender, one reads, is: “the first person that one sees at a medical cannabis dispensary.” There are over two hundred online listings for the word. There is a Facebook page. There is a BUDtender society, and a Secret Budtender Society. But still, the legal cannabis industry is new, and there is no definitive training program for this job. So there is room for a new name. If I were planning a training program, I would call these employees something different.

‘Budtender’ establishes a comparison between selling liquor and selling cannabis. There are good reasons for this comparison. Friends of cannabis have long lobbied for the plant to become legal and regulated in a manner similar to alcohol. Many would like to see a craft industry like the ones already out there for beer, wine, and spirits. Alongside, they would like a level acceptance for cannabis like the one that alcohol and its fans enjoy. If you believe that language shapes thought, you might argue too that the term ‘budtender’ helps to create the mental landscape for future vape lounges. That is, it helps people to imagine a place, like a bar, where customers can both purchase and consume their favourite medicine or relaxing potion.

By the same token, the term is misleading. A bar is principally a place of consumption and refuge for a variety of drinking cultures. There are, besides bars, saloons, lounges, cabarets, pubs, bistros, and private clubs. Some cater to the poor; some to the rich; some to ethnic communities. They can be a home away from home, a place to meet friends, a place to talk politics, a place to listen to music, a place to dance, a place to bring your sweetheart, a place to pick up a sexual partner, or a place to drink alone in companionable silence. They can house a resident culture. Because customers stay on site to drink, bartenders can get to know them, especially in smaller communities. They are romantic: stories, novels, plays, films, and TV series have centred on bars. They can be volatile places, because alcohol can induce aggressive behavior. They can be sad places, calling to the lovelorn, and the lonely. They are ubiquitous. Every town has a bar. If budtenders were like bartenders, they would be working at counters where customers could buy cannabis, consume cannabis, and then loll about engaging in all of the above-mentioned activities. All, that is, except for the aggressive behavior. Thus far in North America there is no such counter.

So the term might do for the recreational cannabis lounge of the future. But recall that in current dictionaries, and in current usage, the term budtender is applied mainly to someone who works in a medical dispensary. And for this purpose, I would argue, it is poor. There is more at stake here than semantics. There is the concept of cannabis as medicine, and the need to educate a public that has been dramatically misled.

THE MEDICAL CANNABIS PERSON…or whatever… 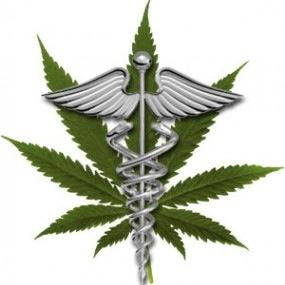 What we call the people who serve us at the counter in a medical dispensary should reflect the idea of medicine. It is important that their job be recognized as skilled, and their vocation, well respected. For this they must be knowledgeable in ways that are not relevant to a bartender. Let’s consider some headings for this knowledge.

Specific Ailments. Activists like to say that all cannabis use is medicinal. It is certain that cannabis is a general tonic. It can relax. It can energize. But cannabis is also a lifeline for people with specific illnesses. Medical dispensers need to know about these, and to have the best information on what helps with what. Doctors who know cannabis as a medicine are few. Dispensers are thus in a historically unique position to guide the way. They need to know, and patients need them to know, what eases chronic pain, what stops spasticity, what’s good for asthma, what stops tremors and seizures, and what fights inflammation. They need to know about strains that help us sleep, and strains that help us work. They must engage in research, and to be up on the latest developments. They need especially to be skilled at listening to their patients, and at keeping records on what they have found helpful.

Testing. No one asks bartenders how this or that beer is tested. No one ever asks pharmacists how antibiotics or anti-inflammatories are tested. Of course pharmaceuticals are single, synthesized chemical components that don’t harbor much microbial life. Contamination of a pharmaceutical would have to be deliberate, or a result of gross incompetence. Beer can harbor microbial life, but it is well regarded, so we are relaxed about it. When was the last time you saw a news report on white mold in home made beer? Cannabis, on the other hand, has been the victim of a decades-long RCMP-led and media-fed litany on contamination by bacteria, molds, fungus, and pesticides. Until recently there has been little testing because there have been few certified labs that would test cannabis. That’s changing, and as testing becomes the norm dispensers need to be able to reassure patients by explaining where, how, and for what their products are tested. This service is essential to public re-education on cannabis, and probably essential to this medicine’s legitimacy. 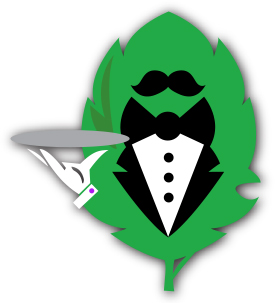 Herbal Medicines. Cannabis dispensers are specialized herbalists. They should be able to explain how an herbal medicine differs from a pharmaceutical, and why it tends to have fewer side effects. They should be conversant with the main cannabinoids, terpenes and other components of cannabis. It would be even better if they had some knowledge of other, complementary herbs such as Arnica, or Melissa.

Capriciousness, or variability. Some strains are available for a while, and then disappear. Occasionally this condition obtains for edibles, capsules, and other derivatives, although usually these reappear fairly soon. Test results on a given crop, or on an oil or edible can vary from lab to lab. Crops can vary considerably, and people can respond to cannabis in highly individual ways. The stability in values that one sees in pharmaceutical products is not there for cannabis medicines. The dispenser is thus called upon to explain this variability, or at least to try to understand it. This is not a trivial topic, and stands at the heart of why patients must be allowed to grow their own plants. For the present it is sufficient, I think, to be able to discuss the topic competently. One could argue, for example, that the legitimate market is just beginning, and that variations, along with the occasional unhappy surprise, will continue until processes become more standardized. Alternatively, one might entertain the Taoist thought that variability is a component of the plant’s inner nature, and is reflected at all levels of production. For the time being, that’s my preferred position. Either way, the phenomenon will be with us for a while, and dispensers should be able to lead a discussion on it. Patients will want to know what is going on.

WHAT TO CALL THEM

So what title do we give to these well-prepared public educators, and servers of cannabis? There are no national, state, or provincial, accredited training schools. Most employees are self-educated, and learn additionally on the job. That’s not a bad thing. But a well-rounded training course, I believe, would be a welcome addition. I like the title: medical cannabis guide; ‘guide’ for short. Certified guide sounds even better. But there is also advisor, mentor, counselor, expert, specialist, consultant, coach, and assistant. Indeed, there is skipper, captain and commandant. Whatever the choice, we should consider steering away from the liquor analogue. It weakens our appreciation of cannabis as a specific medicine.

It might also weaken the position of the future employee. It would be nice to see the new industry steer clear of fostering an underclass of minimum wage workers whose skills are under-appreciated, and under-developed. In this matter, a training course and a certificate would be a positive force. Whatever it certifies let it not be ‘budtenders.’ For this stage in the plant’s history, we need something with gravitas.

By Owen Smith While not as ideal as dry sifting and making water hash, hand rubbing is the most basic method of separating the medicinal trichome heads from the body of the plant. This important step is at the centre of the constitutional challenge that I took to the Supreme Court of Canada in March […]

By Jerry Golick Depending on who you talk to, and whose statistics you follow, there are anywhere between one and two million Canadian citizens who use cannabis on a regular basis (for details on how I arrived at this see “Cannabis by the Numbers”:  Add to this the number of people who use it infrequently […]