This May long weekend marked 20 years since I have had a drink of alcohol, a decision that I believe saved my life from one of misery and woe.  Having dedicated my life to cannabis, quitting drinking was an easy decision to make for many reasons and one I cannot imagine regretting.   There is no doubt in my mind that once cannabis is legal many others will learn to embrace the herb and drop the bottle for their health, finances, friends, family and peace of mind.

When I was a teenager in Ontario in the 1980’s being a party animal was all that mattered.  Even though my first drinking experience was a terrible disaster, with the cops bringing me home after being kicked out of the local roller skating rink, getting drunk all of the time became a regular activity long before I was legal age.  Using my deep voice, age and confidence, I would often get served at liquor stores without being asked for id and even when asked I would show my driver’s license with my correct birthday and still get be allowed to purchase.

It was so common for me to purchase booze for my friends, even though I was underage myself, that when I ran for student’s council in 1987 my friends put up posters that said “Vote for Ted and he will go to the beerstore for you.”  Of course the signs came down after about being up for a day.  The principal made me tell everyone during my speech that I would not go to the beerstore for them for votes and that since I was underage it was illegal for me to drink, too.  Of course this only made me more popular and I got on student’s council. 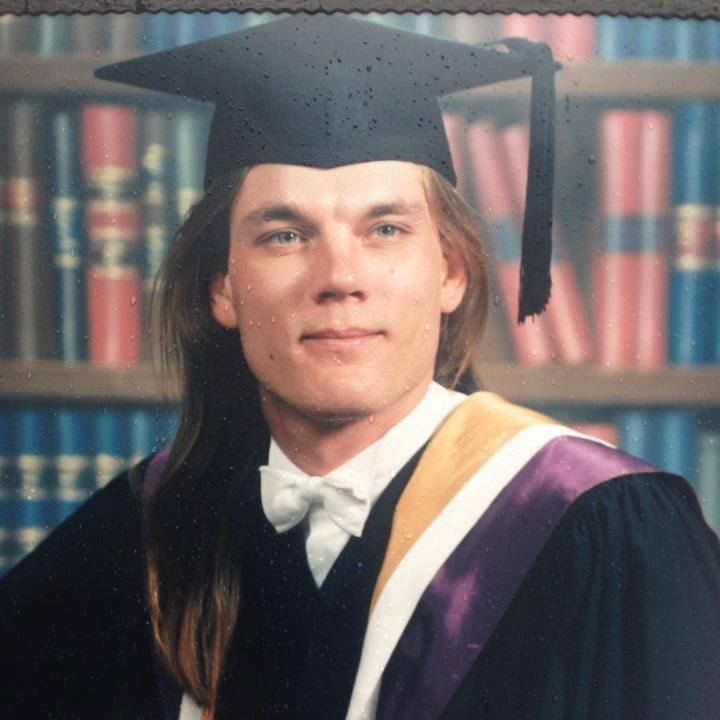 There were many times that I could have killed myself being a drunk and stupid in my youth.  While I smoked cannabis, mostly hash, and did the occasional hit of LSD or some magic mushrooms, in my teens my life revolved around getting drunk as much as possible.  Every weekend was filled with travelling around to get drunk, jumping off roofs into pools whenever possible.

When I started to attend Wilfrid Laurier University in 1989 and joined the rugby team the drinking got even more serious.  The first week of practice I got the nickname Acidhead Ted, as giving rookies a nickname was customary and it was rare to have anyone with long hair on the rugby field.  Since I commuted home on the nights I did not get drunk at school, it was not long before I started selling personal amounts of hash and mushrooms to other students and their roommates.

Moving into a house full of rugby players in the summer of 1990 only brought the party animal out of me even more.  We called it the Clayfield Zoo I after the street is was on.  I bought a pop machine and converted it to sell beer in the kitchen.  It was a constant party.

It was at the Clayfield Zoo that I got to know Gavin Carr.  He was a big guy, though not a musclehead, with a gentle heart and keen zest for life.  Gavin taught me a great deal about world politics, as I had lived a very sheltered life.  He grew up in Ottawa in a family that was very aware of what was really happening outside of Canada.

Gavin graduated in 1993 with degrees in Political Science and French, which opened a lot of doors for him in his hometown of Ottawa but did not build a path towards the lifestyle of the rich and famous.  So I helped him write a fake resume, told him what to wear, how to act and what to say, and he walked into the office of one of the top stockbrokers in Toronto and got a job!  One of our roommates taking business in the hope of getting such a job was furious as Gavin learned what stocks and bonds were on the fly.

Everything seemed rosy until one Saturday morning in Feb 1994 when Gavin Carr was killed in a car accident on the 401 Highway trying to rush back and forth to the office before an afternoon wedding of one of the other WLU rugby players.  His death devastated me.  It was a lesson in karma, showing me how one might think they are fooling the system when in fact the system is eating you to death.  Life is too short to be in it for the money. 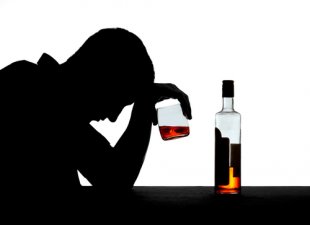 At first I drank hard.  After 10 days I tried to sober up but it did not last long.  Though his death had nothing to do with alcohol, I was never a happy drunk again.  I went from being the life of the party to the angry guy in the corner, crying softly beside the speakers.

A few months later I was graduating from WLU with a philosophy degree, preparing to leave my home for the west and it was becoming I had a problem with alcohol.  I could not trust myself to get drunk like I used to for fear of becoming upset and angry.  Just having a couple of drinks felt like a waste of money, reminding me I did not have control of my emotions enough to get plastered.  Though I shared a few drinks with friends and family that summer as I prepared for my hitchhiking journey across the country, my hardcore party days were over.

Soon after arriving to live in Vancouver I learned about Hempology 101 and quickly decided to write a book about the history of this incredible plant.  Since hemp was not legal for my family to grow, and I have roots going back to the early 1800’s farming in Canada, I thought of myself as an advocate for farmers and the agricultural communities that unknowingly suffered as a result of the prohibition of cannabis.  In the process I learned more about the benefits of cannabis, while coming to realize that the alcohol I had grown up thinking was acceptable was in fact more like a poison that eroded my mental and physical health.

After I started Hempology 101 in Victoria in Sept 1995 I was still drinking but it was very rare.  By the spring of 1996, a few months after founding the Victoria Cannabis Buyers Club, I was ready to leave the bottle behind for good.  With little fanfare I made some homemade beer using some cannabis leaves for hops and brought a number of bottles to Rainbow Beach on Kennedy Lake in the Clayoquot Sound.  The long weekend in May 1996 was the last time I had a drink of alcohol, putting my money where my mouth was by fully embracing cannabis.

Having a steady supply of herb helped me deal with the stress of everyday life and more than fulfilled any need I had for a drug induced relaxant, something it seems I have used alcohol for since I was 16.  No longer did I have to drink to make friends and have a good time, as my new found cannabis community provided all of the entertainment and social opportunities I needed.  While it has been impossible to entirely escape being around others drinking, it has been easy to  immerse myself in cannabis culture and leave booze behind.

A few months after that, in August, I gave up eating meat.  Since hemp seed has all of the essential proteins and nutrients we need to survive, it seemed like I should prove cannabis can be our main source of food, too.  Perhaps I will save that story for another blog in the summer. 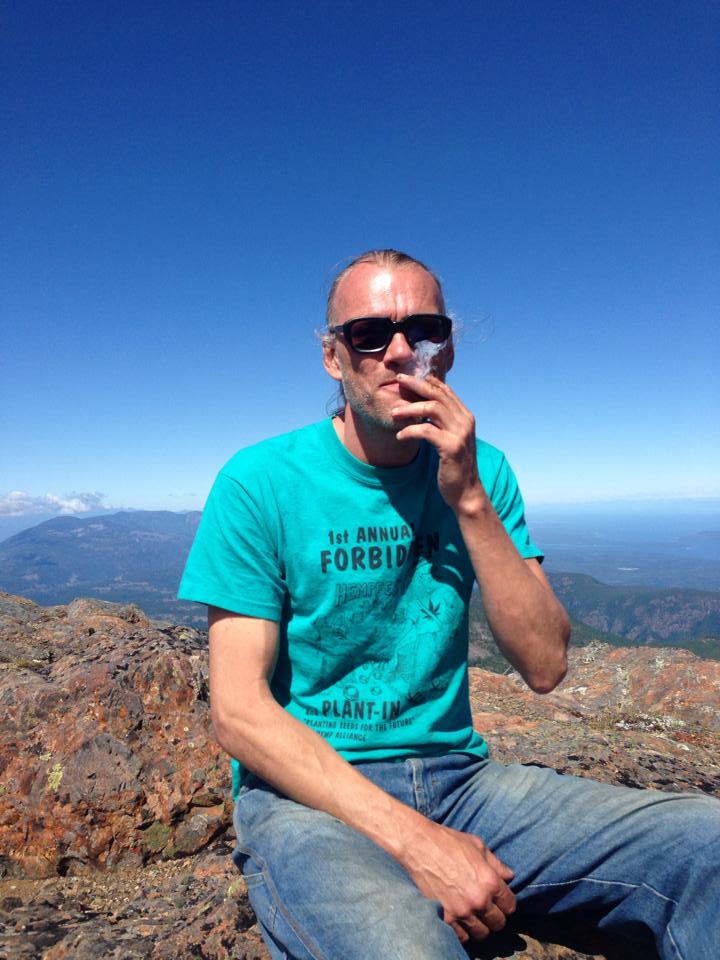 For a few years I had many recurring dreams where I caved and started drinking again.  In the dream I would know I quit drinking but convinced myself that it would be okay having just one or two drinks.   I would wake up wondering if I had a drink about a week ago.  It has been years since I have had that dream now.

Others may have no problems with alcohol but not me.  Booze makes me self-centered, reckless, careless, annoying, insensitive, loud, slows down my thinking and puts me at higher risk of getting cancer and a number of other serious diseases.  Cannabis makes me more caring, empathetic, compassionate, mellow, relaxing my muscles and helping me avoid a number of serious potential medical problems.  The choice is simple for me.

Leaving alcohol behind has saved me vast amounts of money, time and frustration trying to figure out what I did the night before and fix it.  Embracing cannabis has given me a healthy alternative that has helped me become a better person.  There is no doubt in my mind that I will live the rest of my life without another drink and I have cannabis to thank for that.

(Article first appeared at CanEvolve) Debra Harper The people who run dispensaries in Vancouver, Toronto and elsewhere, claim there is a need for their services. On the other side, most municipalities claim the need doesn’t exist because people can buy from Licensed Producers (LP’s). If we were introducing cannabis to society for the first time, then […]