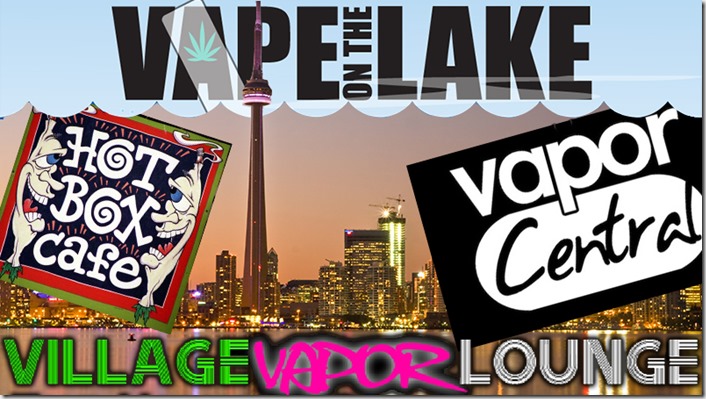 From where I’m sitting, it looks like cannabis is becoming more prevalent in our daily lives. It has become part of regular television, with programs such as Weeds and Weed Wars, and it’s part of our clothing industry, as many people have a shirt, a jacket, or some other article with a cannabis leaf on it. It’s also part of a new commercial industry—a business that caters to consumers in a way to allow them to consume it indoors, for either medicinal or recreational use. This is known as the Vapor Lounge business.

With cannabis becoming more mainstream, and with the increase number of these lounges, it was only a matter of time before Toronto city council noticed this new commercial industry. While a few of them, such as the Hotbox Cafe, Vapor Central, and the Underground Comedy Club have been around for several years, the last half of 2011 saw their number more than double. This was due to the addition of Vapor Social, The Zion Lounge, Village Vapor, and the newest, Vape on the Lake.

While many of these opened under the radar and without much fanfare, one of them did catch the eye of City Councilor Mark Grimes. Grimes says he had received some complaints about the Vape on the Lake location, and wanted this issue quickly brought to the council’s attention. 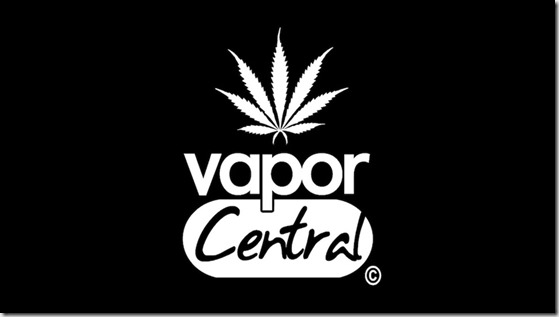 At that time, city council chose to hold off issuing any licenses to eateries, that they believed could become vapour lounges, until they had a complete review of them. Their review process was going to involve a report to include comments from the Chief of Police, the Medical Officer of Health, and the Executive Director of Municipal Licensing and Standards, but didn’t include input from the business owners or the public.

Before getting this report, Council adopted motion MM14.26, which calls for a “Comprehensive Review to investigate the legality and impact on individuals and the community of indoor smoking in public lounges and businesses of substances in water pipes and other apparatus.”
The motion recommends that:

2.) City Council direct that the report also include:

a.) recommendations on any changes to City approval processes and regulations for licensing such businesses and smoking by-laws to better control this activity; and

b.) actions to be taken on ongoing monitoring of the existing businesses to ensure illegal activity is not happening on the premises, and they are undertaking only those activities permitted in their licenses.

3.) City Council direct that until the report requested in Recommendation 1 above is considered by City Council, no further businesses undertaking this activity be licensed in the City of Toronto.

The motion also included a “Summary” section that provides a little background info:
Currently across the City of Toronto, Ontario and Canada a number of businesses are being licensed as cafes or similar business but are advertising themselves as Vapor Lounges. These lounges are permitting clientele to use, water pipes, vaporizers and vaporizing accessories to smoke and inhale substances such as marijuana and herbal mixtures.

Residents in local communities are concerned regarding the establishment and licensing of these sites, which are rapidly increasing in number across the City, and are not deemed conducive by many as family friendly, beneficial to the neighborhood or in keeping with the intent of anti-smoking legislation. Residents in the immediate vicinity of these businesses are concerned that there is increased illegal drug trade, prostitution and other illegal activities in neighborhoods were these businesses are arising.
This was all to come before the Toronto City Council in mid-Feb., but there appears to be a hold-up. I contacted Toronto lawyer Paul Lewin, who is advising local activists on this, and he stated that he “received an email from the licensing and standards committee administrator indicating that the matter of vapor lounges would not return to committee until later this year.”

I also emailed city councilor Kristyn Wong-Tam, whose ward includes a few of these lounges, asking where this stood with city council, but she didn’t reply.

With this date being moved back, the city’s cannabis activists should have time to build their case as to why these lounges are important, not only to the people who need them but also to their respective neighborhoods.

(Vape on the Lake)

Knowing that there could be some commotion over Vape on the Lake, owner Marco Renda called the Toronto Police Department to notify them of his opening as well to invite them to see his business. At that time, Det. Wilson was quoted as saying, “I know that this is the first time we’ve actually been invited by a business like this.” He went on to say that by approaching the police, the business made a good impression on them.

Questions on our minds

Many people are asking questions about these places. People are wondering if they are legal and what kind of controls are on them. To find out, I asked Toronto lawyer Paul Lewin a few questions. Many people believe cannabis is covered under Ontario’s anti-smoking laws. But “cannabis is not covered by the Smoke Free Ontario Act.” With cannabis being illegal for the general public to posses, it was probably overlooked at the time of the law’s creation because its illegality is included in federal laws. 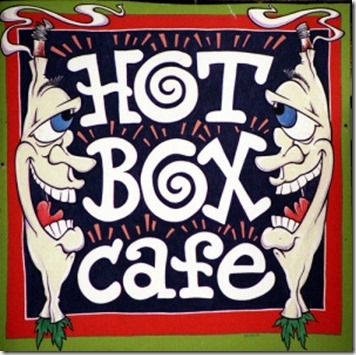 I wanted to know whether the city could put a bylaw in place preventing legal medical cannabis use inside someone’s private business. Paul said, “they could pass such a bylaw but I think it would be vulnerable to a constitutional challenge. In terms of bad bylaws, in Toronto (if you can believe it), there is a bylaw that prohibits all marijuana growing, even licensed medical.”

If patients challenged such a bylaw and won, which would mean the city could not stop these places from opening, could the city put a bylaw or bylaws in place, that are so difficult to meet, that it forces vapor lounges to close? While not saying yes or no, Paul said, “The city can certainly create unfair obstacles.”

One of my biggest concerns was legality and the safety of the these locations’ owners. I wanted to know whether the establishment’s owner could be held legally responsible if a person is charged with possession of cannabis while in one of these lounges. It appears that it is possible, but uncommon. “The owner could be charged as being a party to the offense of possession. You are a party to an offense if you aid or abet (encourage) the offense. Although it’s possible that the owner or manager is charged, it is highly unlikely.”

I’ve been told several times about concerns regarding the breaking of laws regarding medical privacy. While checking out the lounges, I was never asked for proof that I was using it for medical purposes. With these privacy laws in effect, could the city put a bylaw in place to require the lounges to request proof of medical need before allowing entry? I was a bit surprised when Paul wrote, “Yes, the city could require (in some new bylaw) that the vapour lounges permit only licensed users.“ I asked if this would break the medical privacy laws in Canada. He replied, “Off the top of my head, I don’t think this would breach any medical privacy laws.”

I asked Mr. Lewin if there was anything he wanted to add. He mentioned “that s. 56 of the CDSA permits the federal government to exempt a person or class of persons from the CDSA. If the city makes a big deal out of the fact that some patrons are not legally allowed to consume, then the city could get around this by seeking a s. 56 exemption for Toronto vapour lounges. In other words, the city would apply to the federal government to exempt the vapour lounges.”

This sounds similar to the way that Insite, the injection drug location in Vancouver, operates. What can be done?

With city council holding off on this, the cannabis community in Toronto now has time to build a case as to why these locations are valuable to everyone involved. Education will go a long way to preventing problems down the road. Working together to come up with a united front would be great, but more than one plan or idea can be implemented as long as they are all educational and working toward the same goal.

All of the lounges have joined together to get petitions signed to prevent any problems, but if the owners and staff also worked together in a common front, it would help as well.
People wishing to help can get involved by simply writing their councilor and telling them the benefits of these lounges. Maybe you’re a medical user and do not want to medicate in your home due to, for example, a small child’s presence. Being able to go to a place that is warm and clean, which will allow you to medicate inside, away from the cold, could go a long way. If you can’t email them, you can contact your council member via snail mail or call their office.

Read more from Al Graham on the Cannabis Digest Blogs