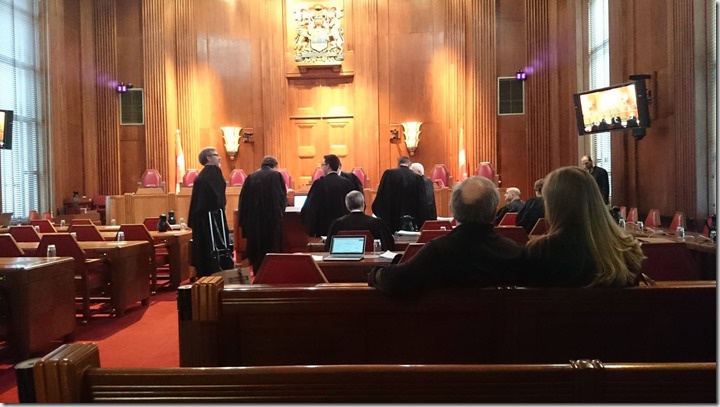 Victoria, B.C.: Less than one month after the Supreme Court of Canada handed down the Owen Smith decision, Health Canada has announced they are starting to issue Licensed Producers an Exemption #56 from the Controlled Drugs and Substances Act to allow them to produce and sell cannabis extracts, effective immediately.  However, there are many problems with the proposed changes, which will no doubt be challenged in court, including the fact that doctors are being given literally no guidance regarding the medical use of cannabis.  Regardless of the problems, many Canadians are celebrating the fact that soon legal cannabis extracts will be getting mailed to patients across the country, a huge step forward in the fight to end cannabis prohibition.

Rona Ambrose, federal minister responsible for Health Canada vowed to fight the court decision, which ruled patients had protection from the Charter of Rights and Freedoms to use cannabis derivatives in all forms.  However, with no means to overturn a Supreme Court of Canada decision, that came into effect immediately upon being handed down June 11, it was clear the government needed to act quickly in order to appear to maintain any credibility in the eyes of the public and court system.  While it is not clear why the government choose to use the Exemption #56 program instead of amending the Marijuana for Medical Purposes Regulations, the new rules are obviously intended to give the government the appearance of abiding by the decision without really making fundamental changes to the program.

Smith’s lawyer, Kirk Tousaw, is struck by how poorly structured this plan appears to be.  “Unfortunately for Canadian patients, Health Canada’s response to the unanimous Supreme Court of Canada decision will not significantly improve patient access to derivative medicines.  In fact, Health Canada has, once again, responded to a court Charter of Rights and Freedoms ruling by making the most minimal change possible and attempting to restrict the Supreme Court of Canada decision to just fresh cannabis and cannabis oil, not all derivative medicines.”

In its statement, Health Canada declares, “Licensed producers must not sell or provide any cannabis oil that will exceed 30mg per mL of delta-9-tetrahydrocannabinol (THC). Licensed producers must ensure that the label specifies amounts (in milligrams) of its content of delta-9-tetrahydrocannabinol (THC) and cannabidiol (CBD).”  These percentages are much lower than many edible and topical products currently offered by dispensaries, like the Victoria Cannabis Buyers Club that Owen was working for when he was arresting in Dec 2009.  It also appears that cannabis resin, hash or other concentrated oils are not included in these new rules.

One of the most absurd measures they attempt to create is in regards to fresh plant material that patients could use to make juice from.  Though the wet plant will very quickly become mouldy when sealed into a tight plastic container, that is exactly what Health Canada is going to allow.  “Licensed producers must ensure that the quantity of the fresh marihuana buds or leaves or cannabis oil is also stated in equivalency terms to one gram of dried marihuana and the information is included on the label, and information regarding the conversion method be on their websites.”

Hopewell Mound Builders, Did Native Americans grow cannabis? The use of hemp throughout the ancient world is extensive and diverse.  Even in North America there is solid proof that indigenous people were making hemp fabric thousands of years ago.  In this first video of the second chapter of my book, HEMPOLOGY 101: THE HISTORY AND […]

Blunt Battle In BC Capital: Victoria Is Licensing Dispensaries But Stomping on Safe Consumption Sites In the future, it will seem absolutely absurd to everyone that cannabis products could be sold legally in stores, but somehow consuming them, even a pot cookie, remains a federal crime.  Yet somehow, despite being wise enough to create otherwise […]