Patients, caregivers, advocates and now licensed producers are pressuring for the regulation of cannabis extract products. Canada’s prohibition on cannabis based medicinal extracts was struck down in British Columbia in 2012 and is under increasing pressure nationally as seriously ill Canadians are in need of the cleanest most effective form of cannabis medicine. The government maintained during my trial that once the dried cannabis is extracted into a liquid form, it is too difficult to measure and therefore could not become a part of the medical marijuana regulations that require strict and precise limits on the amounts an individual is allowed to possess.

Judge Johnston ruled that “I am not concerned with making enforcement of the drug laws easy if the cost of doing so puts the rights protected by s. 7 of the Charter at risk. In the absence of clear evidence that the restriction to dried marihuana is necessary, I conclude that this restriction is arbitrary.” For those who find that synthetic THC pills; inhalation; or chewing and digesting whole raw cannabis doesn’t suffice to alleviate their suffering, the MMPR has failed.

Former Olympic gold medal snowboarder Ross Rebagliati and partner Patrick Smyth seek to start a medical cannabis distribution system across Canada and foresee opportunities to improve on marijuana products, if Health Canada can be convinced. “Right now it’s dried cannabis that the federal government is prepared to provide to patients and what we’d like to see is an amendment to that as soon as possible to see extracts and edibles” (VIDEO)

In an ongoing attempt to fill the gaps in the MMPR, medical dispensaries provide products for the diverse needs of their membership—from tinctures and pills to drinks, cookies and concentrated oils. South of the border, Colorado based companies Dixie Elixers and Canna Cola have been blazing a trail through rigorous quality control and standardized doses of THC with the intention of providing to dispensaries in legal states. Among other products they currently make 12oz. fizzy fruit drinks containing about 22-35 mg of THC at the cost of $10 a pop.

With great variation in plant material it’s difficult to produce a standardized medical cannabis product. Genovations Creations in Colorado Springs use a forced ventilation oven (maintaining 35˚ temperature to evaporate any moisture); a Vortexer to stir the cannabinoids in the solvent; and a Sonicator that breaks open the trichomes in the test tube by vibrating sound waves through the water the test tube is submerged in. (VIDEO) This ensures the material is evenly dispersed before testing with a HPLC to standardize and quantify doses. They currently produce interesting new products for the skin combining concentrated cannabis oil and essential oils into bubble bath and shower gel.

Medical Marijuana Delivery Systems, based in Europe, has acquired patent rights for a topical medical marijuana patch. Similar to a nicotine patch, it is applied to the skin, releasing cannabinoids into the intercellular lipid layer surrounding the cells of the outer level of the skin, rather than through the cells themselves. It’s being sold worldwide as “a holistic, therapeutic adjunctive for management of chronic pain […] and other chronic conditions.” Working with a member of the Santa Ana Pueblo Tribe of New Mexico, MMDS plans to market “other new delivery systems like creams, gels and oils to people and animals in need.” (Source)

Join me again next week as I explore some of the first standardized edible products available to medical cannabis patients. 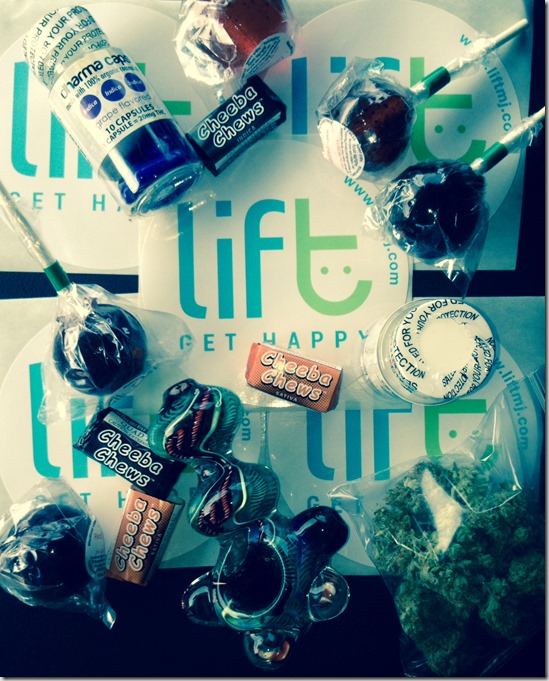 One therapeutic principle is to apply a medication as close to the source of the problem as possible. One example is if somebody has a skin lesion, an anti-biotic skin cream is preferable to an oral dose. Oral doses are more appropriate for gastro-intestinal conditions as they coat the G.I. tract. Inhaled cannabis is preferred […]