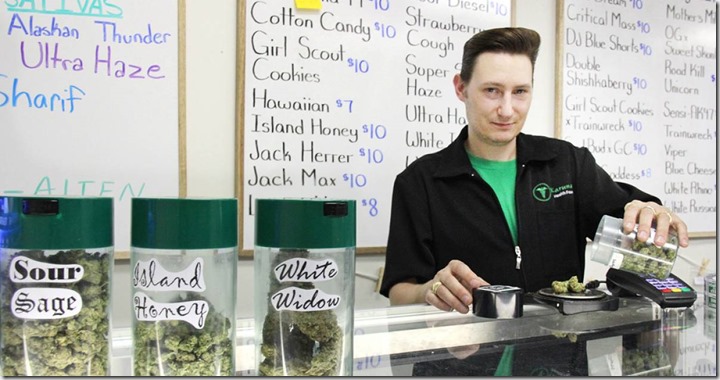 When Ted Smith asked me to write this, I don’t think he knew how long it would be. Then he asked me to include some of the history around the Canadian Association of Medical Cannabis Dispensaries… I have tried to keep it brief, and cover as many of the larger issues as I can, but as any reader of this publication knows, the cannabis world is a big one, it’s history is a long one, and the list of issues issues it intersects is getting longer every day. Here then, is a very brief history of CAMCD, and an over view of some of my thoughts on Vancouver’s Dispensary Regulations.

In 2011, with no sign of any move to regulate dispensaries in Canada, ten of the then thirty dispensaries in Canada got together, and over the next few years with the UBC SEED Project, received a grant from the Peter Wall Solutions Initiative to develop standards for the medical cannabis dispensary industry. With the express aim to craft standards for those dispensaries that were interested in a patient-centred approach to cannabis access, the CAMCD Certification Program was created. This intensive certification process ensures that certified dispensaries adhere to 18 Required Organizational Practices, and 52 other Standards around things like security, privacy, safety, infection control, cleanliness. CAMCD Certification assures patients that they are accessing one of the best patient-focused medical dispensaries in the country that contributes in significant ways to their communities.

In 2014, CAMCD was one of the only organizations continuing to advocate for dispensaries, and CAMCD dispensaries were bearing a large portion of cannabis court costs, either through their own various cases, those of staff and members they took on, and others they contributed financially to.

Despite the continued growth of those willing to commit civil disobedience grew in the face of the Health Canada’s MMPR regulations, there wasn’t a single level of government willing to take on protecting patients. While some may argue that cannabis should be subject only to the free market, with no other regulation, this does not take into account those that a) can’t financially afford free market prices, b) can’t physically afford to use medicine produced by someone whose main concern is moving product in a free market, or c) need specific medical information about their conditions or strains.

In response to the growth of dispensaries, and moved earlier this year to create a Trade Membership Program as a preliminary step to certification. This requires a dispensary meet the 18 Required Organizational Practices, and allow them to benefit from the resources available to CAMCD dispensaries. More information around either the certification program, the trade membership program, or CAMCD itself can be found at www.camcd.ca

In response to the lack of government action on the federal and provincial levels, CAMCD focused on the municipal level in Vancouver and Victoria. While the lobbying paid off, and it was in many ways a victory, what we ended up with in Vancouver is a bit of a mixed bag.

Here are some of the larger issues:

The fees: Having two tiers of license of dispensaries is a great start, however, it is my feeling that there really should have been a third.

Compassion Club License: much has been made of the significantly lower fee for this class of license. First, this does not take into account the cost of providing other health services, a requirement of the license. These services are not cheap, and to see the city encourage dispensaries to invest in their members’ health is definitely a win for patients. In addition, the requirement to be a CAMCD Trade Member means that these dispensaries are dealing with patients’ medical information with all the additional security and training that entails, and are following all health and safety and labour standards. The downside is that without a third class of license for medical dispensaries that aren’t strictly speaking compassion clubs, the reputable dispensaries in this group now need to change their operations to fit either one class or the other.

Retail licence: the $30,000 fee is expensive, full stop. The fact is, these stores will be bearing he brunt of the implementation costs. It is also a fact that licensing fees are required by law to be revenue neutral. When Councillor Kerry Jang says these fees will come down, he is likely only referring to the $30, 000 fee for retail licenses, and we won’t likely see a drop in the compassion club license fee. Perhaps a more important distinction is that these licenses do not require that any sort of medical documentation be obtained, a fact many seem to have missed. While the regulations say nothing explicit about medical documents, by requiring CAMCD Trade Membership of one class on not the other, they are implicitly stating one is medical, and one is not.

It is also important to realize that implementing a program like this does cost money. While some of the oldest dispensaries in town can point to reduced policing and enforcement costs associated with their operations, it only takes one or two ‘bad seeds’ to drive enforcement costs up, and negate those benefits.
Distance to each other: on the face of it, this seems to artificially limit market competition, and it probably does. There is also a benefit here. When San Fransisco first started regulating dispensaries, they were limited to certain sections of town. It only took a year or two for the problem with this to arise: while some neighbourhoods were saturated with dispensaries, others had none, meaning patients in those areas were forced to travel to access medicine. Anyone familiar with dispensaries can see right away the problem this causes for many of the people they serve, and San Fransisco changed this requirement as they became aware of it.

The distance to each other requirement does in fact ensure that most neighbourhoods in the city are likely to see a local dispensary. Ultimately, this may be good for patients.

Distance to schools and community centres:

One of the major issues with this requirement is that it confuses medical and recreational dispensaries. The BC Compassion Club, with its strict membership requirements and low profile in no way encourages kids to use cannabis. In fact, when the students come over for tours with their class, they are taught to respect cannabis as medicine, and get to meet the people who benefit from it. This is in direct contrast to a store with colourful advertising and signage geared to the recreational crowd. Regardless of the fact that almost all recreational use can have therapeutic benefits, the continual lumping together of medical and recreational use does a disservice to those establishments that focus on medical need and the patients that rely on them.

This requirement also ignores one of the greatest uses of cannabis: opioid replacement. While most who use cannabis this way are doing so to reduce the amount of prescription opiates, there are also many who use it to help break their addiction to street drugs. Eden Medicinal Society runs an opiate replacement program out of a location that will likely be forced to move due to its proximity to Carnegie Centre, a community centre that serves the very same population Eden does.

Minors: while the regulations do not prohibit minors with medical need from being served by dispensaries, it does prohibit them from being on site. Most minors who use cannabis medically have parents, guardians, or caregivers that can pick up their medicine for them, so this isn’t that big a workaround for them. Where it becomes an issue is with adults. Single parents, guardians, or grandparents often bring their children to the dispensary with them. Having to find and pay for a babysitter just so they can pick up medicine is an unfair burden that accomplishes little.

So why is the City of Vancouver insisting on these last two points? My guess is that it is political. City councillors and staff have put themselves in the line of fire on this issue, in front of a Conservative government that has been rabidly anti-cannabis, and have consistently used the ‘think of the children’ argument. It is my opinion (only) that city councillors actually understand this issue better than the regulations reflect, and that these moves were made to provide a political shield in an area they knew would come under attack. 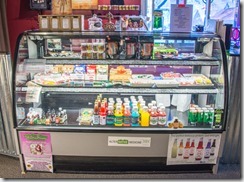 Restriction on Edibles: This is one of the biggest issues with these regulations, and there has been a lot of confusion around it. Those that say the City of Vancouver are ignoring the Supreme Court ruling on edibles are missing several important points. The ruling in R. v Smith did not say that dispensaries were allowed to sell edibles, nor did it say that cities were not allowed to restrict their sale. What it did say was that the federal government acted contrary to the constitution when it excluded them from Health Canada regulations. Further, it did not say there could be no limits on the type of edibles offered, and in fact, the City of Vancouver didn’t ban edibles completely. Dispensaries can still offer cooking oils, butters, tinctures, capsules, and simple infusions, a much wider range than currently on offer from Health Canada Licensed Producers.

The down side of this of course is that it has the same effect that the MMPR had on growers: it takes those with all knowledge and experience with edibles out of the equation.

The unfortunate truth in this is that the City of Vancouver simply does not have the resources to deal effectively with the concerns raised by Coastal Health on the edible issue. Neither Colorado nor Washington, with significantly more resources, have been able to adequately address edible regulations to this point. Further, it is a big job, a huge job, and ultimately, not the city’s job. This is an area where edible producers can organize to great effect, and propose solutions that they would like to see and think are reasonable.

This is especially timely now because the good news in all of this is that none of these regulations are written in stone. Not only are there processes for changing bylaws in the future, we may be looking at a very different scenario shortly. Earlier, when I said Vancouver deciding to regulate dispensaries was a win in many ways, it was with the understanding that under a Stephen Harper Conservative Government, this was better than we had any right to expect. Under Justin Trudeau, Thomas Mulcair, or even Elizabeth May, we will be looking a federal government finally willing to do something about this issue, and I have no doubt that Vancouver Bylaws will change accordingly.

Judith Stamps Welcome to Issue 48 of Cannabis Digest. If you have, with any passion, been watching the changes in Canada’s cannabis scene, you will have experienced days of confusion, giddy exuberance, and angst. The landscapers have been at work. Cannabis extracts are legal. Denying patients the right to grow is illegal. Dispensaries are legal […]

This is the first part of a five part blog series concerning the upcoming Federal election. By Beth Cormier and Ted Laver On October 19th Canadians have an opportunity to make our voices heard by voting in the federal election. Whether you live in a swing riding, or one with an incumbent MP who is […]