On the morning of April 30th, 2015, I went through my usual routine of scrolling through my Facebook newsfeed to see what my friends had posted over the past 24 hours, and as on most mornings, I was dismayed by most of what I read. The good news that morning was that a new marijuana vapour lounge called BuzzOn had opened in the Ottawa neighbourhood of Vanier.  The bad news was that our foppish ribbon-cutter of a Mayor had publicly denounced it.

Loathe as I am to defend anything the cur Jim Watson does or says, I must give him credit for this much, at least: he was in a media scrum at City Hall, he was asked a question, and he answered it honestly. What he said was stupid and wrong, but at least he was honest about it.

In her article titled “Ottawa Mayor Jim Watson weighs in on vapour lounge”, Ottawa Citizen reporter Joanne Chianello quoted Mayor Watson as saying: “If someone has a medical license for marijuana, then please go and use that product on your property in your own house, but please don’t bring it into an establishment where other people can be affected by the second-hand smoke.”  When my wife awoke hours later, and I told her of this, she immediately began to cry.

My initial reflex, like that of any good husband, was to storm into Watson’s office and give him a good “talking to” for making my wife cry.  But since this is not the 1700’s and I can’t challenge him to a public duel, I was left to consider what legal and non-violent options were available. 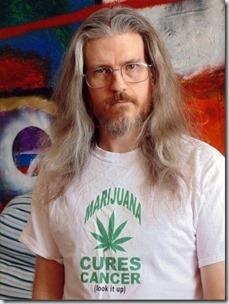 Initially I was reluctant to go to BuzzOn, as I didn’t expect it to last more than a week in this cultural backwater, and have zero desire to deal with or even see an Ottawa Police officer.  But the Mayor’s comments basically made it so that I had no choice but to go there as often as I could for as long as I could.

On May 4th, my wife Christine Lowe goaded the Mayor on Twitter, asking him to come down to BuzzOn and apologize to her.  He has me blocked, of course, because I had previously denounced him as a villain for his anti-scientific views on safe-injection sites, so I was only able to reach the coward by email.

After some back and forth with local media, I eventually sent this email to the Mayor and cc’d every member of city council and many in the local media.

By voicing the opinion that medical marijuana users should stay home, you have publicly insulted and discriminated against tens of thousands of Canadians, many of them Veterans. Your comments were a violation of our mobility rights, stigmatizing doctor-prescribed, federally licensed sick people and their federally licensed suppliers. This cannot go unchallenged.

If you do not issue a formal public apology by the end of this week, I will have no choice but to file a Human Rights complaint the likes of which this city has never seen: a case that will cost the citizens of this city over $100,000 simply to defend, no matter what the outcome might be.

I followed up the next day with a phone call to make sure the Mayor had received it. Neither the email or phone call got any reply.

By the 20th, we’d had enough, and filed the complaint, issuing the following press release the next day: On May 20, 2015, medical marijuana user and long-time advocate Russell Barth filed a complaint with the Ontario Human Rights Tribunal against Ottawa Mayor Jim Watson.  The complaint comes after Watson made no response to Barth’s May 11th request for an apology for his April 29th comments, which Barth and his wife Christine Lowe consider discriminatory.

On the 29th of April, when asked his opinion about medical marijuana users having a place to congregate, the mayor said: “If someone has a medical license for marijuana, then please go and use that product on your property in your own house, but please don’t bring it into an establishment where other people can be affected by the second-hand smoke.” 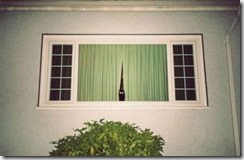 “To us, the Mayor basically told over 40,000 Canadians – many of them veterans – to just stay home,” said Barth.  “That they are not welcome in polite society or in this city.  This adds to the stigma that marijuana users face daily in this country.  For the Mayor of the nation’s capital to stigmatize people like this is unacceptable.”

Barth emailed the Mayor’s office on May 11th, and followed up with a call on the 12th, giving Watson until May 15th to issue a public apology.  “He didn’t have to name anyone specific,” said Barth. “He just needed to issue a public statement retracting the comments and apologizing for them.”

Barth has named the Mayor and the City Of Ottawa in the complaint, and is seeking $10 million as a remedy, which would be split up amongst the approximately 40,000 licensed medical marijuana users across Canada – about $250 per person.

Since it was about Marijuana, we fully expected the OHRC to dismiss the complaint, but we felt we had to do something.  If I were a rich man, I wouldn’t hesitate to hire the most bloodthirsty wolverine of a lawyer on the continent, point him (or her) at Ottawa City Hall, and whisper into their ear through gritted teeth: “No quarter. No prisoners.”  But being a poor man, I was left with only this avenue. The remedy we requested was 1) for the Mayor to issue a public apology, or 2) Pay $10 million to the 40,000+ licensed medical users in Canada who he had insulted.

In June, the OHRC got back to us, asking us to clarify a thing or two, and we did so as quickly as we could.  On the 24th of July, the OHRC got back to us – and the city – to say that the complaint was moving forward, and that the Mayor and City had until September 23rd to respond to the complaint.  I will then have a chance to respond to their response, they will then be asked to respond again (to my response to their response), and eventually the OHRC will make a decision as to whether or not an arbitration meeting will be held. The fact that it has even moved past the first phase is heartening, because it means they are taking it seriously.

I expect the Mayor’s lawyers (knowing that they can drag this out for years and bill Ottawa taxpayers for countless hours) have told him to fight this complaint every step of the way, instead of just being a sensible human and apologizing for insulting and stigmatizing sick people.

If my experience in 2008 and 2009 (wherein I filed a complaint against the Ontario Government for failing to regulate marijuana the way they are constitutionally-mandated to) is any indication, I expect the Mayor’s lawyers’ response on the 23rd to be the typical “data dump: A large amount of studies and reports about how terrible second hand tobacco smoke is, coupled with a canoe-ful of debunked“ science,” explaining how marijuana causes brain damage and cancer and mental illness and so on. The tobacco data can be dismissed as not relevant to this case, and the “pot is bad” data can easily be countered with more recent and coherent studies showing marijuana’s safety and efficacy.

I look forward to the day – likely twelve to twenty months from now – when I will get to sit in a conference room in downtown Ottawa, across from the Mayor himself, and tell him what I really think of him. It promises to be tasty.

Papa Puff·September 15, 2019
There are no comments yet No comments

The Dawn of Corporate Pot