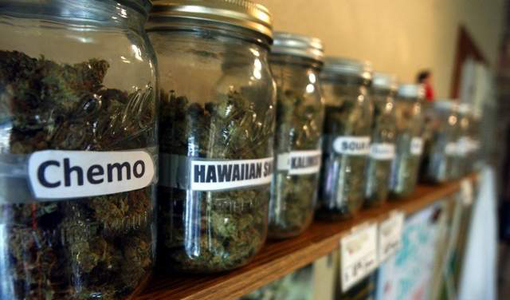 As medical marijuana hits the mainstream, and sales representatives from Licensed Producers make their way into physician’s offices and medical forums to pitch their wares, an important conversation about cannabis strain names and marketing is taking place within the medical community.

At this year’s Family Medicine Forum, physicians on both sides of the medical cannabis debate expressed serious reservations about how cannabis strains are named and marketed, including:

These concerns are not unfamiliar; when regulators began clamping down on the tobacco industry, advertising and marketing practices were the first to be culled.  Pharmaceutical companies are also bound by strict marketing guidelines and ethical codes of conduct.  While medical cannabis is neither tobacco, nor pharmaceutical, there are important lessons to be learned from these industries as cannabis fights to re-gain legitimacy in medicine and society.

At present, there are two main approaches to strain naming under the MMPR:  pharmaceutical and colloquial.  Within the colloquial category, there are Licensed Producers who use the original names, and others who have rebranded them using similar conventions.  The approach to making effect claims also differs between producers, some avoiding them, others framing them anecdotally.

Bedrocan and Cannimed use neutral, pharmaceutical style branding for their cannabis strains.These companies place a heavy focus on the standardization and homogeneity of their products; they are the only Licensed Producers for which there is no significant variation in potency between production lots.  Some of these strains include Cannimed 9-9, CanniMed 17-1, Bedrolite, Bediol.  Bedrocan does not make effect claims, while CanniMed does provide anecdotal claims.

Mettrum does away with strain names entirely, and uses their trademarked Mettrum Spectrum, which classifies strains by potency using a colour system.  The spectrum approach makes it easier to account for potency variations between their production lots.  Mettrum does not make effect claims.

Tilray, Organigram, Canna Farms, Whistler MMC, and Delta-9 Biotech, use original strain names and have not renamed them.  They make some reference to the pre-legal strain sources, and to their genetics.  Some of these strains include Cannatonic, Diamond OG, Pink Kush, Afghani Bullrider, and White Widow.

Each of these companies – except Whistler MMC – makes effect claims in their own way, and sees potency variation between production lots.  Tilray is the only LP to put effect claims directly on their packaging, drawing on anecdotal reports from their sister company Leafly.  Organigram makes broad effect claims by categorizing their strains using medical condition acronyms, but seemingly in the absence of anecdotal reports.

“Indica,” “Sativa,” and “Hybrid,” are botanical terms which actually refer to plant morphology and genetics, and are used colloquially to characterize the spectrum of potential effects from cannabis.  Some Licensed Producers have stuck with these categories, while others eschew them.  Every cannabis dispensary and compassion club in Canada uses the Indica/Sativa system.

Despite some compelling anecdotal reports, strain-specific effect claims have not been well researched and can encourage a placebo effect.  This complicates objective investigation into the actual effects, and creates false expectations for patients.  An example of this is the pervasive myth that the “sedating” properties of Indicas are due to a high quantity of CBD (Cannabidiol), when in fact modern Indica varieties rarely contain significant quantities of this compound. 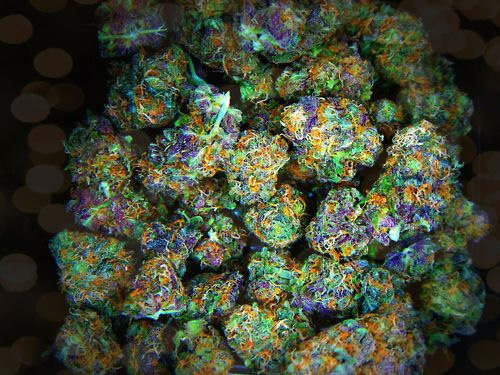 A major differentiating factor between cannabis strains of similar cannabinoid content lies in the aromatic compounds, which are known as terpenes.  Some of these terpenes include: beta-caryophellene, myrcene, a-limonene, pinene, ocimene, and others.  It is believed that terpenes contribute to the unique pharmacology of each cannabis strain; some have even been shown to be partial agonists of endocannabinoid receptors, and have displayed interesting therapeutic potential of their own.

Licensed Producers are required by Health Canada to label the THC and CBD content of their strains, however, they are not required to quantify terpene content.  These organoleptic characteristics are reflected in strain names like Super Lemon Haze, Grape Escape, Sweet Skunk, Blueberry Hashplant.

Physicians though, have expressed reservations about the use of these aromatic descriptors.  Their point harks back to tobacco advertising, but ignores the pharmacology of whole-plant cannabis medicine.  Quantitative analysis and labeling of the aromatic compounds would help inform patients and physicians of these distinctions, while helping to curtail candy-style marketing of medicine.

All Licensed Producers (with the exclusion of CanniMed and Bedrocan) grow cannabis strains that were acquired from dispensary suppliers licensed under the old MMAR.  For nearly two decades, millions of patients across North America have grown accustomed to the colloquial nomenclature.  Caregivers, growers, and dispensaries, have long used slang names for their strains, and these terms predate regulation of any kind by several generations.

Continuity is very important for these patients, and it is even more important for the producers and regulators tasked with convincing them that MMPR-compliance is in their best interest.  The MMPR in its current state is a very tough sell, largely because of its punitive and coercive implementation, and its arbitrary restriction to dried marijuana.  This is particularly true for patients accustomed to growing their own supply, or buying a multitude of products from a dispensary.

FROM SLANG TO SCIENCE

Colloquial and botanical terms have a place in medical marijuana.  Cannabis is, after all, an agricultural commodity; just as there are Beefsteak and Cherry tomatoes, so too are there Big Bud and Blueberry varieties of cannabis.  But there should be sensible limits on these naming conventions; marketing practices that may appeal to youth or exaggerate health effects should be curtailed.

As we begin bridging gaps in the evidence base for medical cannabis, the use of colloquialisms will likely diminish, and the nomenclature will become more objective and quantitative.  For the new waves of patients who have no prior experience with cannabis – and no investment in its politics – cannabis is simply a medicine that helps them improve quality of life, and manage symptoms of chronic illness, whether it’s named Cannatonic or CanniMed 15-5.

And despite the philosophical rifts among physicians regarding cannabis in medicine, there is a common ground when it comes to their calls for more research, and concerns about industry marketing practices.  Licensed Producers should make a genuine and concerted effort to accommodate these concerns, by establishing clear marketing guidelines that balance reasonable access with responsible promotion.

Next article Rudolf the Red-Haired Outdoor