Deprecated: The $control_id argument is deprecated since version 3.5.0! in /home/oq5ayjaeetjt/public_html/wp-content/plugins/elementor/modules/dev-tools/deprecation.php on line 304
 Crucified or Catatonic: Was Jesus Given Cannabis on the Cross? - Cannabis Digest
Skip to content 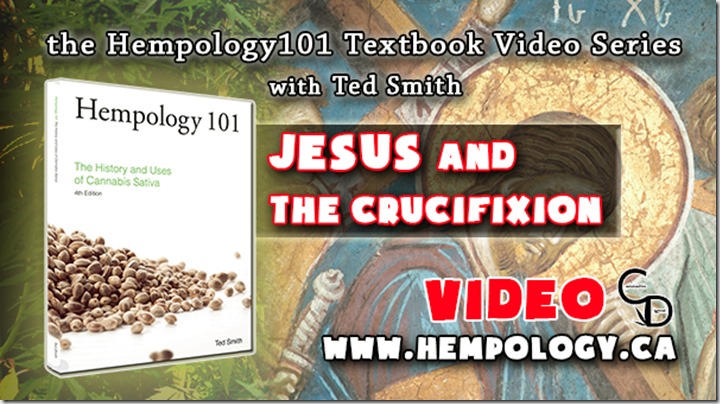 Crucified or Catatonic:  Was Jesus Given Cannabis on the Cross?

Jesus died for our sins, or so we have been told.  In the writings that were collected hundreds of years after his death there are many clues pointing to another possibility, a possibility that Jesus did not actually die on the cross but that he and others staged the event in order to attract followers to their new religion.  He might not have been able to do it without cannabis.

One of the many stories about Jesus tells us about Lazarus, a friend whom Jesus did not visit when he was sick until he was dead.  This resurrection has the appearance of a stunt that Jesus and some of his friends performed in order to attract followers.  This would have been very important during an era where a new messiah appeared every month.

How could this work?  Apparently large doses of properly prepared cannabis extracts mixed with other herbs, and possibly some opium to spice it up, can cause a person to lose consciousness, slowing down their breathing and heart rate so much that at first glance the person appears dead.  This used to be a common practice amongst religious Fakirs in India and is also likely the means by which Shakespeare thought Juliet made herself appear dead to poor Romeo.

It is hard to believe the Christian story that old vinegar was passed up to Jesus just before he died.  Old vinegar was used to keep slaves awake or wake up prisoners being tortured.  It would have been mean to give that to Jesus, as it would have intensified the pain and prolonged his agony.  He welcomes the old vinegar and passes out like a tired person who eats a potent hash brownie.

For a much more indepth analysis of these theories one needs to read the work of Chris Bennett.  His second book in particular, SEX, DRUGS, VIOLENCE AND THE BIBLE contains a full account of this scenario, citing many places in the New Testament that back these ideas up.  His research has proven beyond a doubt that cannabis played an important role in the early Christian church in the forms of the sacred anointing oil and incense.

For a more superficial account of this story but a broader, complete history of the cannabis plant, check out my book, HEMPOLOGY 101; THE HISTORY AND USES OF CANNABIS SATIVA.  We are making a series of short videos outlining the information contained in the book and if you want to watch them all please subscribe to the Hempology 101 youtube channel.

It occurred to me, how so many are still very ‘concerned’ about labels and not the ones they should be.  I recently had someone talk to me – he was ‘asking for a friend… ‘, really – and the friend has a child who is experiencing grand mal seizures. Well, apparently he is thinking […]

From Grease to Grass: Oil Speculation

Jerry Golick For a while now we have been hearing lots of “doom and gloom”  coming from Canada’s oil industry. The dramatic fall in the price of “black gold” is understandably troubling for many in the Alberta oil patch. Given the importance of oil to our economy, this is of course a dire concern for […]