The Dawn of Corporate Pot 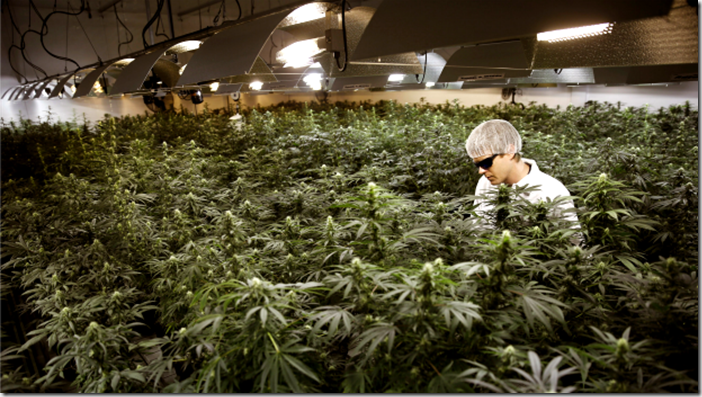 I have been ranting about the coming corporate pot apocalypse for a little while now. Any OG will tell you that they can sniff out a cartel in the pot world like they can sniff out mold in the grow room. It clear to many of us OG’s that corporate America is the new cartel and it’s not hard to know who the players are because like many other major commodities in this global market, all you need do is follow the money to find out. As the recreational marijuana market peeks out from behind the skirts of it’s mother, medical marijuana, that horrible and mighty corporate child has it’s eye on the weed.

Corporate kids like Geoff Lewis, a leading investor in a $2 billion San Francisco venture capital firm called Founders Fund made up of Silicon Valley billionaires like Peter Thiel co-founder and former CEO of Paypal, commented when recently announcing an investment in Privateer Holdings a US based marijuana company that owns several pot-related brands, ” Public sentiment is there, and it crosses political lines”. Look out my brothers and sisters, corporate America has entered the weed biz and is about to begin to lock down copyrights on everything pot, including the symbol of the leaf , the strains, the methods of production, yummy medibles, all the medicines derived from the plant, and anything else deemed tasty and profitable by a ravenously hungry corporate global market.,

In the case of Privateer Holdings, one of the new Seattle based corporate pot players, the reality of this quiet announcement comes too close to home for me as P.H. have recently acquired interests in Tilray, one of the few legal medical marijuana producers in Canada, which just happens to be situated right here, literally in my back yard, on central Vancouver Island.

Privateer is hungry and aggressive, hitting the marijuana market on several levels beside smokable buds with a pot information service called Leafly, as well as sadly launching a brand of marijuana products with Bob Marleys family called Marley Natural. The estimated investment from Silicon valley is purported to be in excess of $75 million cold hard American green backs.

These corporate suits are serious about the weed, and they don’t expect a quick turn around on their investment either. Fully confident that the new company will, “eventually create and patent mainstream brands that will be recognized and trusted as marijuana becomes legal and socially acceptable”. Founders Fund is a serious forward thinking investor group that has an impressive track record of spotting the next big thing with huge success as early investors in Facebook, SpaceX, Spotify and Airbnb. If these corporate schmoes are hip to the boundless potential of  legal commercial marijuana that we pot heads have always know about then who’s next? Walmart? Monsanto? Dow Chemical? The idea has been waking me up in the middle of the night in a cold sweat. 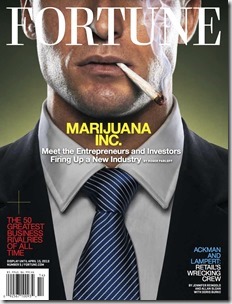 It is entirely possible that over the course of the next ten years corporations will acquire the rights to the plant in general. A plant that many of us went to jail to free. A plant that many of us carry a social stigma as drug dealers for producing. Yet, here is corporate America soon to have uncounted thousands of acres of weed growing without any of the penalties or anguish that pot activists have suffered for years. I may actually see a future during my time on this planet when marijuana strains will all be corporate owned and grown with permission and only when appropriate royalties have been paid. Did we free the weed so that corporations could have it?

It’s disturbing on many levels, and for me it predicts the coming of large scale production of commercial marijuana in a way that we could never have dreamed. Mass production with little benefit to you and I except perhaps some tax relief and access to cheep and plentiful product. Pot production with all the valueless gusto corporate America can muster. The peoples plant subjugated and yoked to the corporate profit wheel. It’s a gloomy prediction and it gets worse, don’t think we are all going to land well paying jobs in this new corporate industry either, because like GM and General Electric, pot corporations will send production abroad, to far away lands where labor is cheap, were environmental and labor laws can be skirted easily in the name of profit.

The even scarier monster lurking in the shadows is the very real possibility of  a future filled with GMO weed.  I almost couldn’t type the words, the idea makes me angry as all hell friends. I know that the mad scientists of the corporate labs won’t hesitate to solve the problems that will inevitably arrive with the industrial production of marijuana through genetic engineering. Why use bugs to control mites when we can engineer resistance into the plant? Why not engineer in color, size, shape, fragrance, potency and taste while we are at it? What new and evil chemical pesticides and fertilizers will be born in corporate dungeons to take away the benefits of the plant and replace them with cancer causers? Will my old age have me toddling off to weedmart to pick up my packet of frankenstined Tilray brand Purple Haze? Or will I support a new emerging black market of locally grown non GMO weed that lives under the radar of the corporations?

Perhaps only OG purists like me will suffer in this new reality of corporate control of the people plant, but it makes me sad to know that the weed has only begun to gain it’s freedom and we have already taken a step down a path leading to the bad ending of an era in the history of the plant that may prove to have been far freer than we ever knew. Will the kids of 20 years from now know of the sacrifice, pain, and struggle that so many of us have endured to free this miraculous plant, or will they be praising Peter Thiel of Founders Fund and the other emerging pot barons as the godfathers of commercial pot? My fear now lies in the idea that in realizing our dream of freeing the weed we are fulfilling Joni Mitchell’s proverb of paving paradise to put up a parking lot.

Dean Schwind is a two time cancer survivor, long time commercial and medical marijuana grower, teacher, writer, musician, radio host, activist and the Managing Director at Phoenix Pain Management Society in Nanaimo B.C. A proud former staff member of the Cannabis Buyers Club of Canada, he has fought on the front lines for the end of prohibition through his alter ego Sticky Kola and the infamous BC band King Bong. Raising money, changing perceptions, and generally freaking the public in an effort to help sick people gain access to the benefits of medical cannabis.

We The Patients – Our Hope’s and Fears

Digest Admin·January 26, 2014
There are no comments yet No comments