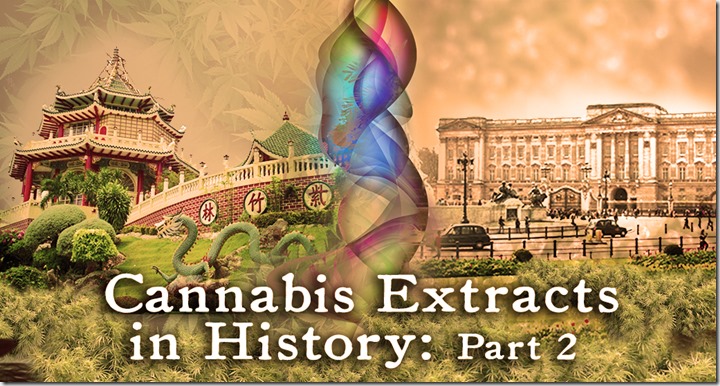 Cannabis in the Common Era

In the first part of this series on Cannabis Extracts in History I looked at references from Before the Common Era or 1CE. In China, where we find the earliest advancements in cannabis/hemp production (5000 BCE), physicians beginning with Hoa-Tho (200 CE) prescribed cannabis mixed with wine as an analgesic during surgical procedures.1 The (570 CE) Taoist encyclopaedia Wushang Biyao (Supreme Secret Essentials), recorded adding cannabis into ritual censers. Sinologist and historian Joseph Needham believed that the founding scriptures of the Shangqing School of Taoism were written by Yang Xi (330-386 CE) during alleged visitations by Taoist immortals, “aided almost certainly by cannabis.”2

In the earliest known compendium of pharmacology in Arabic (9th Century), cannabis juice extract from the flowers and seeds is to be administered through the nostril to treat migraine, aching pains including uterine, and to prevent miscarriage.3 During this same period, the renowned physician and scientist Al-Kindi gave the first report of its muscle relaxant properties in relation to what was known as “the trembling.”4

One of the first of the great English botanists, John Parkinson, writes in 1640 that cannabis roots in a poultice are effective for treating tumours and other inflammation. “[…]the same decoction of the rootes, easeth the paines of the goute, the hard tumours, or knots of the joynts, the paines and shrinking of the sinewes, and other the like paines of the hippes: it is good to be used, for any place that hath beene burnt by fire, if the fresh juyce be mixed with a little oyle or butter” (source)

By the dawn of Western medicine, it was clear that cannabis was being used as a medicine in diverse ways for a wide range of conditions: successfully treating cholera,6 tetanus,7 and bubonic plague.8 Queen Victoria’s personal physician, Sir Russell Reynolds, prescribed cannabis for her menstrual cramps. He claims in the first issue of The Lancet, that cannabis “When pure and administered carefully, is one of the most valuable medicines we possess.”9

The popular method of directly inhaling the smoke from crushed cannabis flowers didn’t begin until the 16th century, and the introduction of tobacco from the new world. Cannabis cigarettes were only smoked as a treatment for asthma. Inhaling the smoke from Ganja flowers is now the most common method patients use to medicate. This is in part due to the risk associated with processing cannabis and the de facto moratorium on phytocannabinoid research. 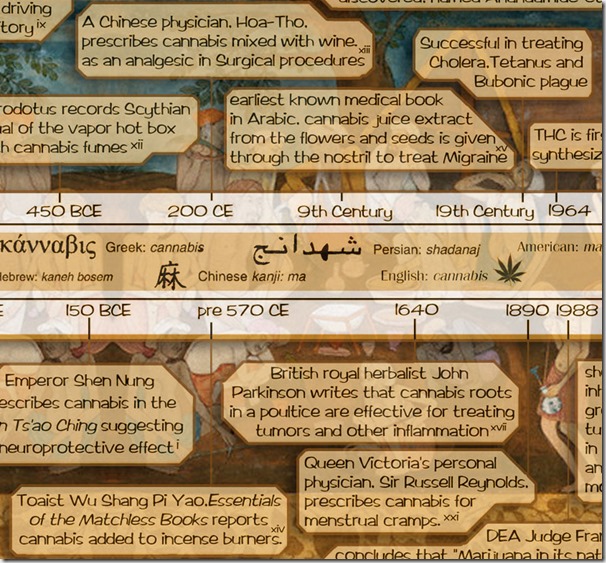 The scarcity of accurate information has previously isolated the cannabis culture into small groups preventing the development of articulated guides to cannabis medicine. The rising availability of the internet and discussion forums has given the culture a place to build upon their collective knowledge despite the slippery persistence of the drug war mythology.

Cannabis prohibition is nearing its centennial in Canada, and the conditions it has created are now apparent. The persistent eradication of wild growing cannabis by law enforcement has driven gardeners to cultivate feminized Ganja indoors, in small spaces, for as much potency in as little time as possible, then either discarding or quickly processing the Bhang material into Charas. Due to the legal risks and scarcity of supply, the once free and abundant Charas is now valued in some forms at more than twice the price of gold.

Stronger than it used to be?

Prohibitionists currently claim that they are protecting society from high THC cannabis that is “much stronger than it was years ago,”13 however, the move to high THC cannabis strains began in 1840 when western physicians such as W.B. O’Shaughnessy began to draw wide attention to its use. Tests from the 1970s show THC levels as high as they are today.14 The recent rise in THC is consistent with the retreat of the plant into highly controlled, indoor grow operations.

Studies of sifted trichomes in Morocco and Afghanistan have revealed that “Cannabis fields in […] generations past would tend to yield equal proportions of THC and CBD.” This prohibitionist war cry is further diluted by their advocacy of pure synthetic THC pills, which have consistently been shown inferior to whole plant cannabis in medical applications. In past articles I have explained how CBD competes with THC for the CB1 cannabinoid receptor, effectively protecting vulnerable individuals from an undesirable THC dominant experience.

In the third part of the Cannabis Extract in History Series I will catch us up to the present and look to the horizons at the modern revival of this ancient art.