Deprecated: The $control_id argument is deprecated since version 3.5.0! in /home/oq5ayjaeetjt/public_html/wp-content/plugins/elementor/modules/dev-tools/deprecation.php on line 304
 Cannabis Extracts throughout History: Part 4 - Cannabis Digest
Skip to content

Cannabis in the 21st Century

During the past three blogs I have swept over the history of cannabis extracts to show that simple extraction techniques were common knowledge among medicine makers in ancient times. From Taoist sages to the Queens personal physician; from Egyptian Papyri to the labs of modern scientists at L’Oreal: the lineage of cannabis extraction offers up many potentials for the future of our relationship with this bountiful plant. The discovery of the endocannabinoid system has uniquely linked cannabis to the health of all vertebrates since time immemorial.

I am acutely interested in the future uses of cannabis as over the past 5 years I have been attempting to relay the critical importance of basic extraction for any cannabis based medicine in court to the Canadian federal government. My victory in court in 2012 was recently upheld by the BC Court of Appeal, which has given the government 1 year to regulate the production of cannabis extracts. The government claims that due to the lack of double-blind, blue-ribbon, placebo-controlled, clinical trials, cannabis is not proven safe. My expert witness, Dr. David Pate suggested that “cannabis has undergone a multiyear open-label clinical trial by virtue of being in such popular use both medically and recreationally for an extended period of time, essentially hundreds of years.” (source)

At the same time as my trial, extracts were becoming widely available in the United States. With two states (and more to come) now permitting their legal production for recreational use, the future of cannabis culture is about to be blown wide open. Among recent revelations are the use of cannabis extracts for various emerging forms of cancer and epilepsy as well as it’s superior nutritional value when juiced raw. A 9th century Arabic compendium of pharmacology recommended the use of cannabis juice extract and the renowned Arabic physician Al-Kindi recognized the plants’ use for a condition known as ‘the trembling’ which resembles the recent revelation of its’ anti-spasmodic properties among children with seizure disorders. 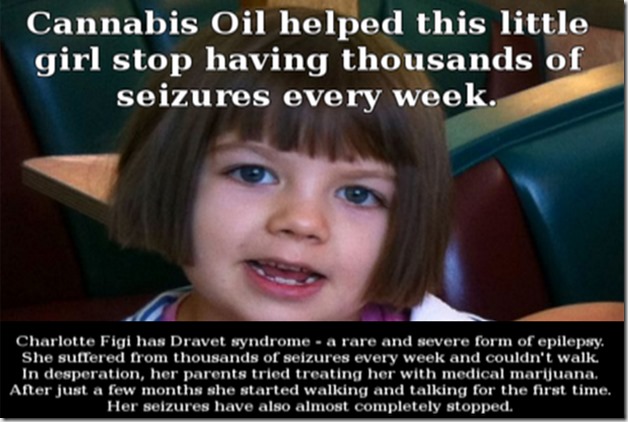 Studies of sifted trichomes in Morocco and Afghanistan have revealed that “Cannabis fields in […] generations past would tend to yield equal proportions of THC and CBD.” The 1:1 ratio has become a popular choice for patients with epilepsy as cultivars are disseminated through the emerging distribution networks. The semi-cultivated cannabis of ancient times is probably closer to modern hemp than the indoor grown, manicured, feminized, seedless clones that have dominated the black market for decades.

In Canada, industrial hemp is grown specifically to contain very little THC, so it can’t get you stoned. However, hemp seed oil has been found to contain CBD and terpenes likely as “the result of contamination from glandular hairs during oil processing.” CBD is among many cannabinoids currently being explored for a wide range of medicinal effects. Although the levels of CBD within hemp seed oil are typically small, many health benefits may still be gained from its presence. A recent H.P.L.C. analysis indicated that the juiced leaves of Saskatchewan hemp contained five times as much CBD as THC and showed ten times as much CBDa.

The modern era has suffered from a failed global effort at cannabis prohibition which has stalled the cannabis culture while science and technology have advanced massively. 1 Billion grams of potentially life-saving medicine from this years Canadian hemp harvest will go to waste in the fields. Although setback by the destruction of useful cultivars at the dawn of prohibition, the hemp industry is utilizing the modern advances in science and technology that have it poised to grow beyond anything possible in ancient times.

A former U.S. Navy nuclear submarine technician designs and sells supercritical CO2 extraction machines that isolate the cannabinoid oils from the plant material (source) . While these machines are far more expensive than the Naptha and a rice cooker method used by Rick Simpson, they have zero potential for toxic solvent residue.

The supercritical CO2 extraction machine is currently being used to ceate concentrated oils from naturally grown hemp stalk and seed that contain high amounts of CBD. This oil is used to make ‘Real Scientific Hemp Oil’, which is an 18% CBD extract of hemp, administered in syringes. Dixie Botanicals science director, Tamar Wise asserted in 2012 that “the hemp oil we use is biologically created in hemp plants and our methodology isolates and extracts it”. Wise later criticized Dixie for using hemp that is “contaminated with microbial life, residual solvents and other toxins”(source). As detailed in my trial, CBD is stored in the head of glandular trichomes that protrude from the surface of the plant like blades of grass topped by beads of dew. The removal of the precariously dangling resin heads (called trichomes) from the plant prior to extraction greatly reduces the presence of contaminants that reside in the body of the plant.

Medical Marijuana Inc. in the U.S. are harvesting 1,000 Acres of European Hemp into 2,000 kilograms of raw hemp oil to be used in DixeX high CBD Hemp products. On their website, DixieX presents “A revolution in Hemp-Powered Wellness Products” (source) with a salve, a pill and a tincture “manufactured from non-THC, high CBD concentrate […] industrial Hemp products ranging from 100-500 milligrams”. These products can be shipped to consumers in all 50 states in the U.S. The FDA considers industrial hemp as a food or dietary supplement product and Medical Marijuana Inc. imports its raw CBD oil under approved tariff codes to its FDA registered facility.” (source)

Some of the elements needed to start a high-CBD medicine in Canada have been embedded in the developing hemp industry and medical marijuana movement over the past decade. In 2003 Canada grew 66,700 acres of hemp. CMH biotech, who currently test for THC levels in hemp, have been developing analytical methods to test other cannabinoid compounds, including CBD (cannabidiol), CBN (cannabinol), CBG (cannabigerol), CBL (cannabicyclol), CBC (canna- bichromene), Δ8-THC, THCV (Δ9- tetrahydrocannabivarin), and their acid forms. 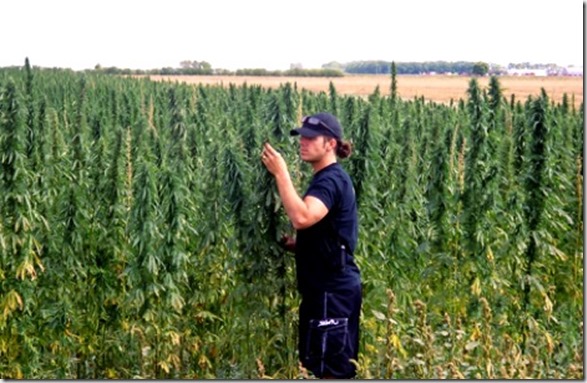 Creating CBD-rich products just became a recognized charter protected right for federally registered patients in Canada. Licensed Producers under the MMPR have laboratories to test the purity and potency of their products and many are invested in Research and Development. I see potential for the medical cannabis industry in utilizing the rolling fields of industrial hemp. With ingenuity and modern technology, farmers may someday be able to separate and collect mountains of hemp hash to be processed into clean and effective medicine.

A recent Canadian hemp industry report out of Alberta states that a “License to grow industrial hemp for grain or fibre is issued for one calendar year for crops of four hectares (10 acres) or more, and if cultivating for seed not less than one hectare. There is no minimum plot size for plant breeding.” The report also shows a gradual increase in hemp production in correspondence with the emergence of processing facilities and entrepreneurs to market and sell hemp products. On Apr. 1, 2012 Hemp Oil Canada Inc. based in Manitoba announced that it is first in the world to gain international food safety accreditation for hemp foods ( source ).

This plant continues to unfold medical wonders from its symbiosis with human beings. From the better-known effects of medical cannabis to the hidden secrets of raw industrial hemp, the offerings continue to emerge. With international support growing and people from all over the world uniting over our need for economic independence, industrial hemp shines behind the green high beams of the medical cannabis movement. When thinking of the tens of thousands of acres of hemp, whose leaves lay to compost, I am reminded of the passage from Revelation 22:2 and feel we are witnessing the return of this tree of life, where “The leaves of the tree are for the healing of the nations”. 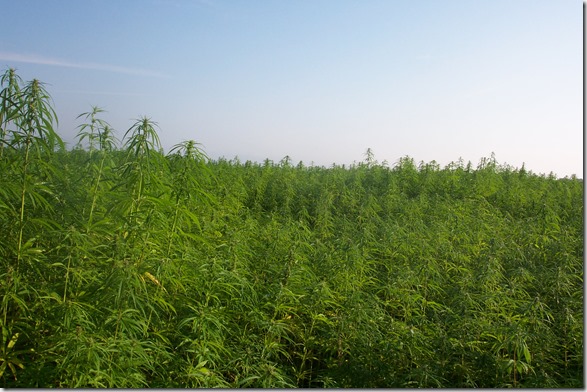 One therapeutic principle is to apply a medication as close to the source of the problem as possible. One example is if somebody has a skin lesion, an anti-biotic skin cream is preferable to an oral dose. Oral doses are more appropriate for gastro-intestinal conditions as they coat the G.I. tract. Inhaled cannabis is preferred […]

Part 1 – History Owen Smith The future of Cannabis seems bright in North America. U.S States are legalizing one-by-one while the entire country of Canada sits pending it’s own legalization plan.  While in contravention of out-dated UN treaties, Canada stands ready to lead a rebellion against the global drug war. Elsewhere in the world, […]