Deprecated: The $control_id argument is deprecated since version 3.5.0! in /home/oq5ayjaeetjt/public_html/wp-content/plugins/elementor/modules/dev-tools/deprecation.php on line 304
 Get Out the Cannabis Vote 2015: Part 1 - Cannabis Digest
Skip to content

This is the first part of a five part blog series concerning the upcoming Federal election.

By Beth Cormier and Ted Laver

On October 19th Canadians have an opportunity to make our voices heard by voting in the federal election. Whether you live in a swing riding, or one with an incumbent MP who is sure to be re-elected, your vote and your voice matter. If you are reading this, then access to medicinal cannabis is most likely an important issue to you. Over the next month, I will detail the platforms of each of the major political parties, as they relate to both medical and recreational cannabis use, and on their drug policies as they relate to vulnerable Canadians. Throughout this series I will attempt to give an unbiased account of the facts, and let you come to your own conclusion as to who you want to vote for. I will also give you information about the voting process, so as to make it as easy as possible for you to exercise your right. 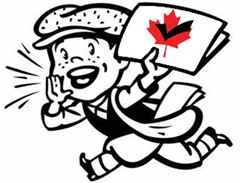 Voter apathy is a problem at all levels of politics in Canada. Since the late 1980’s, on the National level, the turnout has dropped from over 75% – In 2008 voter turnout was only 59% and in 2011 it rose only slightly to 61%. According to Elections Canada almost 70% of non-voters cite a negative attitude towards politicians and political institutions as a major reason for not voting and almost 40% said they just didn’t care. Despite receiving less than 40% of the popular vote the Harper Government were able to win 54% of the seats in Parliament and thereby have a majority government. This means that the results could have been vastly different if the percentage of voters was slightly higher. Your vote matters – In 2011 some ridings were decided by only a few hundred votes!

One of the most recent changes in our voting process came in 2014 when the Harper Government passed the Fair Elections Act (Bill C-23). Former Elections Canada CEO Jean-Pierre Kingsley commented on the removal of the ability to vouch for a person without government issued ID. He said that it “will impact very negatively on the values of participation, impartiality and transparency” and “will directly affect the constitutional right to vote of a significant number of Canadians without justification.” This is just one of the ways that Bill C-32 is disenfranchising low-income and at risk Canadians. Once a government is in power it is much more difficult to stop these types of Bills from being passed. It is only during an election that the citizens really have the power to determine who will represent us and our values as Canadians. For more on Bill C-32 follow this link: https://en.wikipedia.org/wiki/Fair_Elections_Act 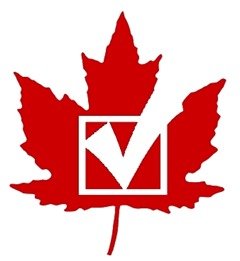 Despite the changes, all you need to be able to vote is ID and a piece of mail. You can register at http://www.elections.ca/home.aspx, or show up on the day of the election at your nearest polling station. There is a wealth of information on the Elections Canada site to help guide you through the voting process including ways to vote; information for first time voters; accessible voting; local Elections Canada offices; candidates in your riding; etc.

You have an opportunity to be heard and contribute to making significant changes for our country. I cannot stress the importance of this election for those of us who require fair and just access to medicinal cannabis.

On October 19th all you need to do is VOTE!
Written by Beth Cormier and Ted Laver

By Ted Smith Many years ago we started writing cannabis carols and published a small colouring booklet full of our favourite songs.  Until last year a group of us would march around downtown Victoria singing cannabis carols and hot-boxing City Hall.  Unfortunately that tradition has died out and we will no longer be trying to […]