Deprecated: The $control_id argument is deprecated since version 3.5.0! in /home/oq5ayjaeetjt/public_html/wp-content/plugins/elementor/modules/dev-tools/deprecation.php on line 304
 Herb Ready To Spring Into Action - Cannabis Digest
Skip to content

There is no better way to prove that cannabis does not make you lazy then to get up early in the morning to run 10 kilometers in a 12 foot tall pot leaf costume.  Doing it at a large half-marathon, with a bong hit station halfway, is the best way to get the message across to local athletes that a little herb might be good for them.  On April 24, 2016, I will once again attempt this feat at the TC 10K, if my body and the costume hold up.

This will not be the first time I have represented TEAM 420 wearing Herb, the mascot of the International Hempology 101 Society, but it has been a couple of years.  In fact, I have completed 10K runs 3 times in the past, starting with the Vancouver Sun Run in 2010.  With each half-marathon. I have learned more about how to manage running for so long in such a big costume, improving my time to slightly less than 1 hour in my last run in 2012.

With so many current and retired athletes admitting they use cannabis, now seems a perfect time to bring Herb out for another run.  Recently mixed martial arts fighter Nick Diaz received a suspension for testing positive for cannabis, despite having a legal license to use it and retired Chicago Bears football star Jim McMahon has spoken out about his use of cannabis to deal with  the injuries he sustained playing the game.  Given the wide range of medical benefits cannabis has, athletes should be keen to gain access to all of possible uses the plant offers than rather than continue using the often unhealthy synthetic products they are usually directed to use by their trainers.

There are a couple of videos from my past runs but for various reasons it has been a struggle to get people out so early in the morning just to film me run by.  The first year in Vancouver I barely told anyone I was going to try, so there is only a little bit of footage from the beginning and the end.  The video we made the last time I ran in Victoria was better, though the bong hit station pictures failed once again.

Both years I have ran the TC 10K we have set up a bong station around the 6 kilometer mark along Dallas Road.  It is a perfect spot, where few spectators go and there is a great view of the ocean and Olympic Mountains in the background.  Both years have been a circus.

The first year the guys were so excited they forgot to pack the bowl until I arrived.  After finally getting it ready they watched me hit the bong but totally forgot to take a picture in the excitement.  The next year they handed me a 4 foot bong, which I tried to hit but after running 6 km I was unable to get a good toke at all.  When I did get a hit off a small bong, the pictures did not turn out anyway.

This year volunteers hope not to repeat any of the past mistakes. 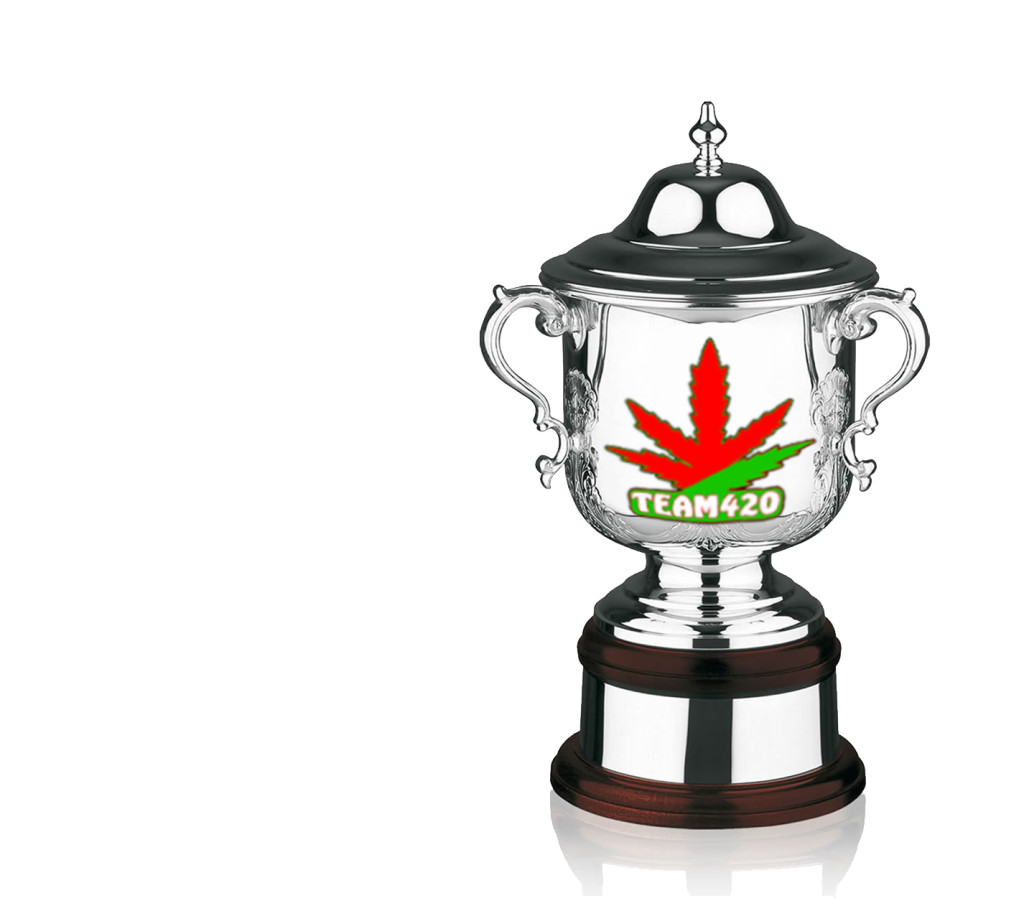 TEAM 420 is a project our society has worked on for years.  Started so we could enter a team into a local dodgeball tournament, we have tried to organize TEAM 420 frisbee golf, soccer and dodgeball games while encouraging individual athletes to enter into half-marathons, golf tournaments and other sports wearing our t-shirts, flags and buttons.  Last year we held our first annual dodgeball tournament in Aug and plan on doing it again this summer.  Our goals are to create opportunities for cannabis lovers to gather together to play games, improving our health and having fun while dismantling the myth that pot makes people lazy.

Hopefully many friends and volunteers will be able to take videos and pictures of me running the TC 10K this year.  Please send any images to hempo101@gmail.com.

Proving to the public that cannabis is safe and healthy is more than an intellectual debate.  This battle will be won on the streets, by people breaking down the stigma that diminishes the potential of cannabis in public acts of defiance.  It will be hard for skeptics to question the value of cannabis when they see a 46 year old chronic pothead kicking ass in a massive Herb costume.

Intro by Ted Smith After the Victoria Cannabis Buyers Club won a number of court cases early in the millenium, I started writing letters back and forth with Health Canada regarding the issue of cannabis extracts.  This is the last letter we received.  If you would like to see the earlier letters between me […]

By Dean Schwind For many years now my friends and I have proudly celebrated the cannabis users holy day of April 20th. The 4/20 celebration has grown from humble somewhat mysterious beginnings into an internationally recognized day to honour and praise all the wonderful things about cannabis. There are marches and smoke in’s, raves, festivals, […]