Deprecated: The $control_id argument is deprecated since version 3.5.0! in /home/oq5ayjaeetjt/public_html/wp-content/plugins/elementor/modules/dev-tools/deprecation.php on line 304
 Real and Unreal Oppositions in the World of Cannabis in Canada - Cannabis Digest
Skip to content

We must not foster the belief that there is a radical dichotomy between Health Canada Licensed Producers (LPs) and medical cannabis dispensaries. And if we are hanging on to an attitude that says: it’s-us-versus-them, we should dump it. So say representatives of the Canadian Association of Medical Cannabis Dispensaries (CAMCD), spokespersons for LPs, lobbyists, and other commentators. I would go so far a to say that there is an ecumenical movement in progress. I am thinking about follow its lead. Conditionally, that is. But lest I get caught in a fog of forgetfulness, here are some important historical facts I will want to keep in mind.

1. The LPs made their public appearance in Canada two years ago this month. Their appearance came packaged with a Health Canada (HC)/Harper Government letter to medical cannabis growers, the MMAR growers, licensed under a different government in 2001. It said: Your cannabis-growing program has been cancelled. Only LPs can grow from now on. Chop up your plants; Mix them with cat litter and throw them out; Write us a note guaranteeing that you have done so; Or we release to the RCMP information on who you are and where you are. My first introduction to this letter was via a Facebook post by Kirk Tousaw. It bore the comment: “This is ugly.”

That event would not have destroyed the oldest compassion clubs; they had independent well-established supply lines. It may have threatened the newer ones, then supplied by MMAR growers. But the HC imperative was challenged on constitutional grounds, and a court ordered injunction allowed 25, 809 personal growers, plus 4, 231 designated growers (who grew for patients) to carry on. Last February 24th, a BC Federal Court Judge ruled that patients have a constitutionally guaranteed right to grow plants for themselves. A new system will take the place of the old, with details still to be worked out. 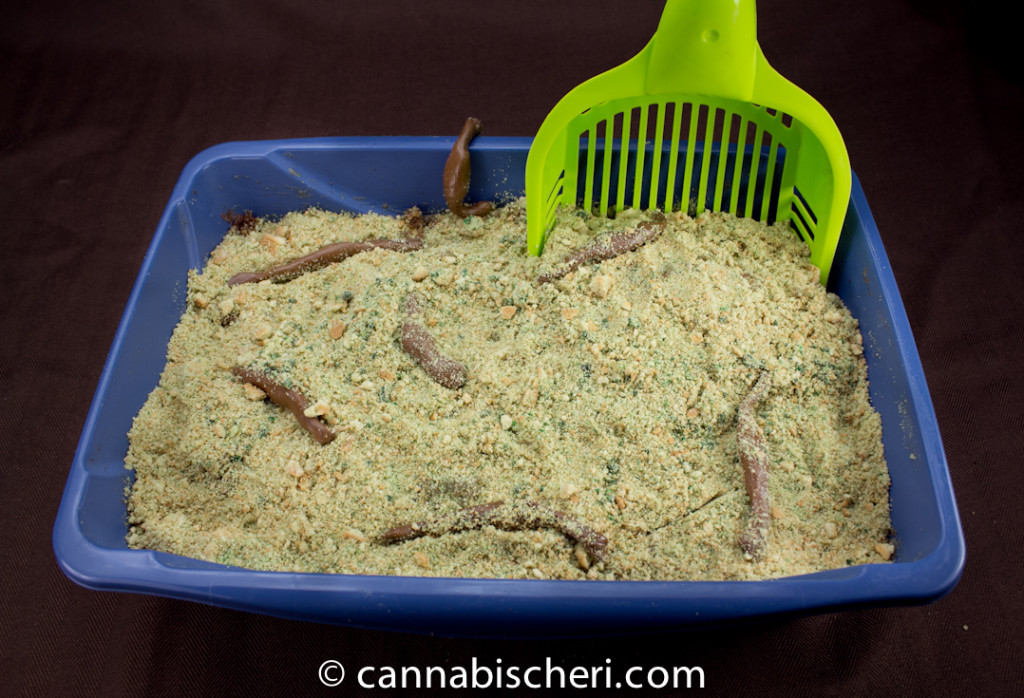 The cat litter commandment, and the ensuing struggle, created a damaging amount of bad feeling, especially among patients. But other activists, like myself, were sickened by it too. When the commandment was first issued, there were a couple of dozen dispensaries. This number expanded wildly over the next year, and now sits at over two hundred—an expansion fuelled, no doubt, by Trudeau’s promise to legalize, and successful legalizing initiatives by four American states.

2. Some LPs campaign actively against dispensaries. There will be no bridge building with them. But LPs did not write the cat litter commandment. Further, the plan under which they are licensed was, and continues to be, dysfunctional: unrealistic, inescapable production costs, no ads, no storefronts, no making extracts, very limited extracts, no meeting patients, no co-operating with non-LP participants in the industry. Older patients, the bulk of the patient population, want to go to a dispensary where they can talk with dispensers, and see what they are buying. Whatever new system replaces the old one, it will have to include storefronts.

3. The pre 2014 dispensaries were the Canadian part of the legalize medical cannabis movement, an historical development that has its modern roots in the work of Doctors Tod Mikuriya and Lester Grinspoon in the 1970s; and in the cannabis buyers clubs that took root in San Francisco in the 1980s, supported by that city’s vibrant gay rights community. The dispensaries that have opened since 2014 are a mixed bag: some non-profits; some co-ops; some owner-run businesses. Some identify with the movement, and model themselves after the older compassion clubs. Some require careful, medical documentation for membership; some do not. 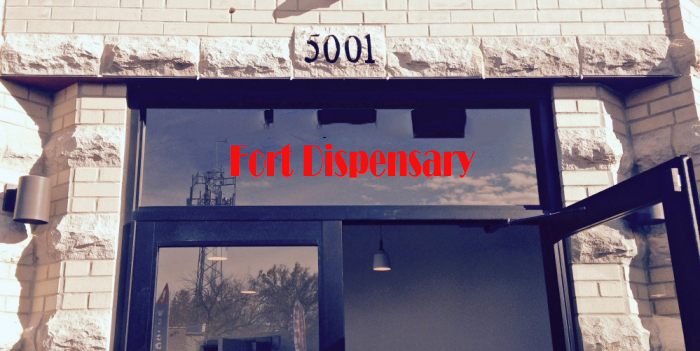 4. Overall, though, dispensaries serve patients, and do no harm. I would have liked there to be more uniformity in membership requirements. But few doctors are jumping on board to write recommendations, and many patients lack the psychic energy to argue with them. Hence, as I have come to see it, unless dispensaries are wreaking havoc—and they are not—we should extend all civility to them. And the city councils and boards of variance should license them. With that provision, if there is an ecumenically minded set of LPs prepared to embrace this motley crew, I will, with caution, join the group hug.

OTHER DIVISIONS. But as much as I look forward to new LP/dispensary co-operative ventures, I never really saw the LP/dispensary dichotomy as the most serious political divide. For me, the greatest divide created by the 2014 HC imperative was that between LPs and all other cannabis growers. Who, in a liberal democracy, should be permitted to grow a traditional, useful, non-lethal medicine? Who, in Trudeau’s version of liberal democracy will get to grow plants? Thus far it has been determined that patients should have that right. But on the journey of mending the rifts amongst growers in general we have far to go. Regions of Canada are renowned for fine cannabis production, and unlicensed growers have been supplying good medical cannabis to dispensaries for a couple of decades. Indeed, it is rumoured that the BC economy is kept afloat by its informal, elephant in the room, cannabis industry.

I’ve been at a few cannabis forums and conferences now that have featured representatives both from LPs and from dispensaries. I have yet to see a single public spokesperson for other growers. Until last month, MMAR growers were keeping their heads down. Maybe there is communication between those growers and LPs. I haven’t encountered it, but readers should correct me if I am wrong. Then there are the alternative growers. They are hard to meet. I am guilty of serious journalistic schmoozing, and I can name only a few. Moreover, I have taken a personal vow never to reveal the names, even to close friends. Now that’s what I call a divide. Spirit of Ecumenism, where are you when we need you? From my standpoint, this is the rift to keep your eye on. 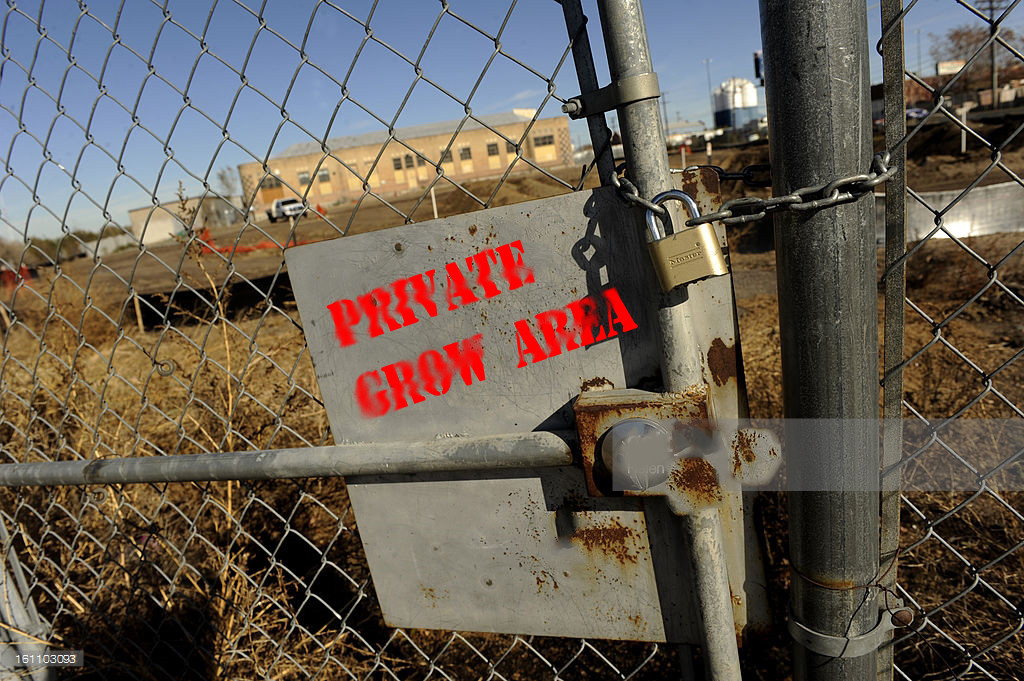 There is yet another division, still more disturbing: the one between who can and cannot, at this point in Canadian history, be arrested for cannabis use or production. The Canadians on the prairies are more likely to be arrested than those on the West Coast; the urbanites in BC are arrested less often than the small town inhabitants of the Fraser Valley. In BC the RCMP is inclined to arrest; local police forces are not. There is no justice to how these lines are not drawn; there is only the hand of reefer madness still sketching demons here and there, plus the ruling Liberal Party of Canada that refuses to make it stop. Medical cannabis dispensaries can and still do get busted; LPs cannot. Patients who are growing plants for themselves without a license can be arrested; most MMAR growers and LPs cannot. Medical users who have no safe indoor space to medicate, and who are forced to do so outdoors, are vulnerable to arrest;

wealthier medical users with backyards and rumpus rooms are not. Poorer recreational users with no safe indoor space to smoke or vape will be forced outdoors and are vulnerable to arrest; wealthy cannabis fans are not.

Why this last rift is still with us no one will say. It means, though, that the stage is not yet set for mending many fences, or building co-operative ones. The 22,000 Canadians arrested for cannabis possession or production since the Liberals took office, the ongoing dispensary busts, the continued practice, in short, of attempting to terrify Canadians into submission, keeps our blood boiling. Until it can be made to go away, this fear campaign stands in the way of good public dialogue. Of all the divisions that face the cannabis community, this one—who gets arrested and who doesn’t—is the most urgent, and the most visceral. It exerts a drag on local developments, like the municipal licensing of Vancouver dispensaries, whose directors are forced to struggle with unreasonable, fear-based rules. It is bound to affect all new attempts at constructive bridge building. Meanwhile we cling to the good stuff, and carry on. We’ll have 420 celebrations, and Cannabis Day, and picnics, and the summer campaign to overgrow. There is magic in these events. And for the difficult tasks ahead of us, magic, I figure, is just about what we need.