Deprecated: The $control_id argument is deprecated since version 3.5.0! in /home/oq5ayjaeetjt/public_html/wp-content/plugins/elementor/modules/dev-tools/deprecation.php on line 304
 Judges Will Decriminalize, Not Trudeau - Cannabis Digest
Skip to content

Many cannabis enthusiasts were tickled green when the Liberals won the federal election last fall after promising to legalize.  However, things have not changed quick enough for most in the field, and the appointment of former Toronto chief of police Bill Blair to lead the changes has made it  clear the government intends upon punishing citizens caught with even small amounts of cannabis as long as possible.  With over 22,000 people *arrested for possession since the election, it is sad to see Justin Trudeau cling to prohibitionist ideals, allowing police to continue to nail people with a criminal record for something soon to be totally legal.

In a radio interview with Raeon Ford of News 1130 on March 1, 2016 the new Prime Minister was straight-forward when asked if the government was going to continue to make arrests up until the last day the law was on the books. 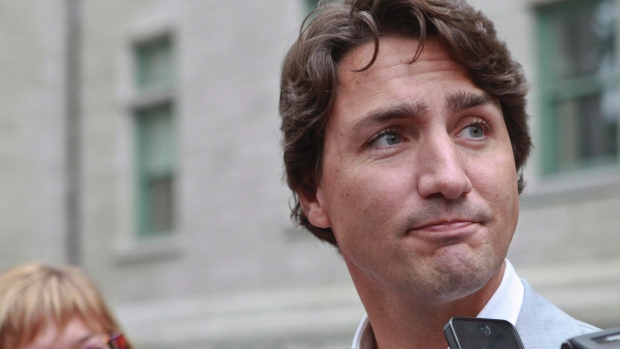 “I think decriminalization is a bad idea because it doesn’t do anything to make it more difficult for young people to access it and it doesn’t do anything in terms of keeping the black market and the criminal organizations from profiting from it,” Trudeau replied. “That’s why I believe in control and regulation that actually will do the protection of public safety and of minors that we need. And in the meantime, it’s still illegal.”

Once again, in my opinion, it will be up to the courts to force our government to move faster in its plans to legalize cannabis and stop persecuting the cannabis community.  To date the vast majority of victories our community has celebrated have come from our work in the courts and I am afraid it will stay that way for quite some time.  Several decisions in the last year give obvious signs that judges are becoming increasingly tired of cannabis prohibition and the government’s weak attempts to justify it.

On Feb 16, 2016, Supreme Court of BC Justice Lauri Ann Fenlon became the second judge in Canada to strike down the mandatory minimum sentences for growing more than 6 cannabis plants for being a violation of the Charter of Rights and Freedoms.  This follows a similar decision last year by a judge in the Ontario Superior Court.  She goes so far as to say the punishment is abhorrent, which is a very harsh condemnation of the law.

“[64]         In my view, s. 7(2)(b)(i) casts its net too broadly and catches offenders and offences involving little moral fault and little or no danger to the public. The hypothetical offences do not amount to the “serious drug crimes” contemplated and described in the House of Commons by the Minister of Justice at the second reading of the bill implementing the mandatory minimums of which this provision is one.

[69]         The effect of the mandatory minimum in the section in issue is to incarcerate for six months small offenders for whom such a sentence is grossly disproportionate. I note that a six-month sentence is typical for a first-time trafficker involved in a relatively sophisticated commercial dial-a-dope operation. Imposing that sentence on a 19‑year‑old student or a migraine sufferer who is growing six plants intending to share them with friends would, in my view, be abhorrent to most Canadians.” 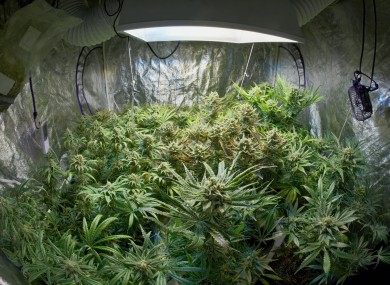 Also in February, in a long-awaited decision from the Federal Court of Canada, Judge J. Phelan ruled the federal government could not force patients to stop growing their own medicine and buy from Licensed Producers as mandated by the Marijuana for Medical Purposes Regulations. In his ruling Judge Phelan makes it very clear that the government has failed to prove that the laws prohibiting growing cannabis protect the public interest.  His ruling has essentially created a legal lacuna, making it virtually impossible to prosecute anyone for growing relatively few plants, in my opinion.

“[282] I agree that the Plaintiffs have, on a balance of probabilities, demonstrated that cannabis can be produced safely and securely with limited risk to public safety and consistently with the promotion of public health.  “

Finally, last year the Supreme Court of Canada, in the case of Owen Smith, made several very clear statements during submissions and in writing.  At times the judges indicated the crown’s position was hard to follow, with little connection between the goals of prohibition and the results in the community.  The courts are not simply willing to accept that the government’s authority to punish citizens that disobey the cannabis laws is justified based upon the evidence.

“[26] The Crown says there are health risks associated with extracting the active compounds in marihuana for administration via oral or topical products.  It argues that there is a rational connection between the state objective of protecting health and safety and a regulatory scheme that only allows access to drugs that are shown by scientific study to be safe and therapeutically effective.  We disagree.  The evidence accepted at trial did not establish a connection between the restriction and the promotion of health and safety.

[27] Finally, the evidence established no connection between the impugned restriction and attempts to curb the diversion of marihuana into the illegal market.  We are left with a total disconnect between the limit on liberty and security of the person imposed by the prohibition and its object.  This renders it arbitrary.”

With the federal government refusing to lay out a timeline for legalization, it seems years will go by with the police enforcing the law at full steam before even simple possession is allowed unless the courts once again stand up and stop it.  Though judges often hesitate before becoming involved in political decisions, it is oblivous in this case the lack of clear, thoughtful political leadership will force the courts to protect citizens against an overzealous government.  Of course it would be better if our political leaders have the guts to make the right decisions and stop punishing people for using cannabis as soon as possible, but that is not likely to happen.

A lawyer’s view on new mandatory minimum sentences By Kirk Tousaw In Nov. 2012, the Harper Conservative government ushered in new mandatory sentencing legislation for certain Controlled Drugs and Substances Act offences. Despite criticism from outside and inside government, and clear evidence that such sentences are harmful to the criminal justice system and society, the […]