Deprecated: The $control_id argument is deprecated since version 3.5.0! in /home/oq5ayjaeetjt/public_html/wp-content/plugins/elementor/modules/dev-tools/deprecation.php on line 304
 How I Made My Own Hemp Paper - Cannabis Digest
Skip to content 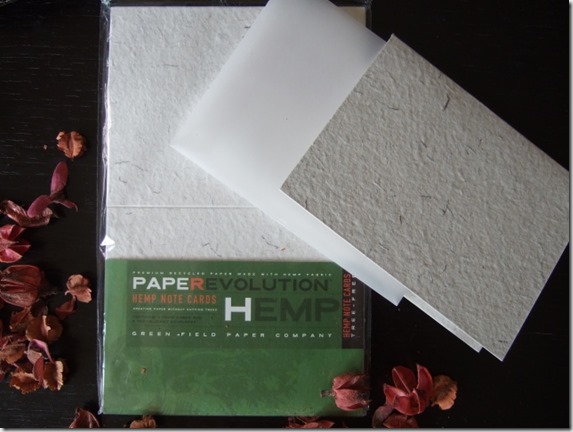 The International Hempology 101 Society has provided me the opportunity to continue my post secondary education by sponsoring one course a semester for the last two years. This has not only encouraged me to continue working towards my goal of achieving a bachelor’s degree and enhanced my work with the Cannabis Buyers’ Club, but has also allowed me to integrate cannabis topics into my school papers. In this way, as a student, I can counter-educate my classmates and professors about the many uses of hemp and marijuana.

This semester I studied with the amazing Nancy Turner, learning about traditional uses of indigenous plants, as well as the importance of plant based technologies in general at the University of Victoria’s Department of Environmental Studies. She is a student of the world, and an inspirational teacher to many. When she was accepted into the Order of British Columbia she was credited as being “[… ]an internationally-distinguished scholar and scientist who has devoted her life to documenting the endangered knowledge of First Nation […] and the critical role of plant resources for foods, medicines, and materials.”

I wrote this paper for an assignment on plant technologies, and I also made hemp paper from the dried stalks of Mountain Mint cannabis. Let me tell you, my kitchen that day sure smelled a lot better than your average paper mill.

According to a United Nations report in 2007, Between 3-6 million trees are cut down each year, globally, to support the paper industry. Throughout the world, paper has helped to advance civilizations from the Chinese to the Romans. Today we use paper for our assignments, tests, textbooks, notebooks, and coffee cups, not to mention toilet paper. Clark University estimates that each student and faculty member at their school uses 20 pounds of copy paper alone, every year. Despite most of the world’s current paper supply coming from trees, this is a recent development and there are many sources of possible paper fibre—including hemp (cannabis sativa). Although the final consumer product is similar between tree paper and hemp paper, the processing, history, cultural context, and economic viability of the two products differs substantially. I chose to make my paper out of hemp stalk and leaf.

Early Egyptians learned to weave together leaves and fibres and pound them flat to create papyrus, a paper like medium upon which to record knowledge and art. In 105 C.E., Ts’ai Lun used hemp and the bark of paper mulberry to construct a fine grade paper using a screen and water method. This is the method that I am modeling my project after. Europeans began a third method of paper pressing which involved pressing the paper sheets between heavy pieces of felt to dry and flatten them. These cultures, along with the ancient Greeks whom also record language (mostly on animal skins), are among the best preserved and understood ancient cultures.

Hemp played a crucial role in the advent and pervasion of paper into current society. As hemp spread across the Eurasian continent, so did the art of making paper. Increasing availability of paper allowed literacy to spread in both Asia and Europe. The printing press increased the accessibility of literacy, but the need for hemp was increasing on all fronts. Hemp fibres were being used for sails and rope for the navy, as well as cloth for uniforms. European countries were beginning to establish colonies in which to grow hemp.

One such colony, the United States of America, used hemp to forge its sovereignty. The founding fathers not only wrote the Declaration of Independence on hemp paper, but also drafted their new constitution on it. For several years hemp was such an important crop that it could even be used to pay taxes.

In the 1860s, the development of commercial paper making began a transition from using annual plants such as hemp, flax, and cotton to make paper, to using trees as pulp. However, as early as 1916, the impact on forests was already showing. One U.S. Department of Agriculture Report noted that “There appears to be little doubt that under the present system of forest use and consumption the present supply can not withstand the demands placed upon it.” Despite the advent of paper recycling, and the current digitalization of information, the average North American currently uses more paper than any other culture.

British Columbia supplies most of Canada’s pulp and paper industry. Forestry in B.C. is worth millions. Most of Vancouver Island’s old growth forests have now been destroyed, and pulp mills (now largely abandoned to outsourcing) dot the island. Despite laws in place to ensure the some of the harvested land is replanted, humanity will never be able to replicate a natural, healthy forest. Corporate interests favour mono-crops that are easily harvested over a diversified forest, and many culturally significant trees including birch and alder (as told in personal communication by Nancy Turner, October 12, 2010, story originally from Mary Thomas) are purposely killed in these replanted forests.

We needn’t use up carbon sinks like old growth forests to make paper. I made home made paper with the most basic of supplies and minimal cost. Using only the stick and leaf of the Cannabis sativa plant, blended with water, I made a sustainable paper. One acre of hemp can produce as much paper fibre as 4.1 acres of trees over a 20 year period. 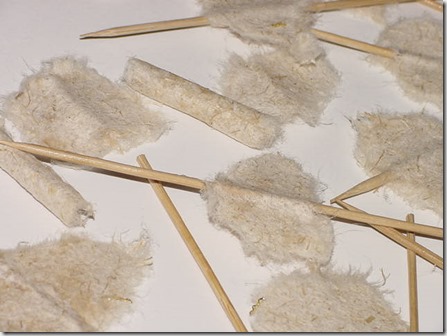 This stalk was removed from the herb by hand from Cannabis at my work. I originally attempted to crush the leaf and stalk material using a rock, in a similar fashion to a mortal and pestle. This proved frustrating, so I used modern technology and threw about one part stalk to 3 parts water into a blender. The plants were originally allowed to rot (or rett) in the fields to break down some of the strong long fibres and leech out the green cellulose. Modern methods now boil the stalk with some sodium carbonate to break these down. I poured this solution, known as slurry, into a large tub. Using a screen stapled to a wooden frame, I slowly lifted my mould through the sedimented water trying to make sure I got an even distribution. I suspended the screens for a while to let most of the water drip out, then covered them with cheese cloth and dabbed with a sponge to remove more water. Next, I rested them near a heating vent to finish the drying process. I found that the screens were very course and not quite deep enough. This made it difficult to get an even thickness to the paper.

This method caused the paper to bind to the screens, and was near impossible to remove. I then watched an instructional video on YouTube, and learned that the paper must be removed from the screen before drying completely. I tried using a finer grade screen, more like a silk screen, for the next batches. This screen was removable from the frame which made transferring the damp paper easier. These two changes vastly improved the quality of the paper, as well as the ease in removing it from the screen.

Clark University. 2005 Report on Use of Paper, accessed November 2, 2010 http://www.clarku.edu/offices/campusSustainability/energyuse/paperoverview.cfm

United Nations. 2007 State of the World’s Forests Rome: Food and Agriculture Organization of the UN