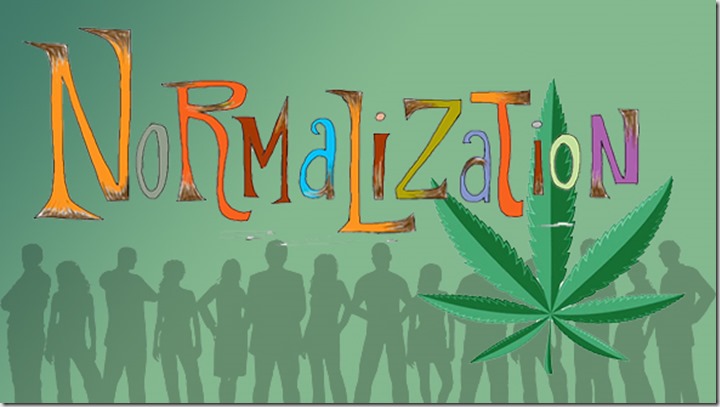 As we start to think about legalizing cannabis, it is useful to consider the mental and social barriers that are likely to keep 35% of Canadians hostile to it.  Some hurdles are likely to remain for at least a generation, maybe even two.  Here are four worth examining.

1. We lack confidence in our own senses.

One a wintery day in 1967, an elderly, white haired woman boarded a Vancouver city bus on which I was seated.  It’s going to snow, she commented.  No ma’am, replied our driver.  The radio has predicted rain.  Oh but I can smell it, she said.  Minutes later, snowflakes, the extra large variety, filled the air, and coated the windows.  Like most 80 year olds in 1967, this lady had likely grown up on a farm, pre radio, with little access to daily papers.  That generation could forecast weather.  They could distinguish the smells of rain and snow, and could taste PH and nutrient levels in the soil.  By the 60s, we’d outsourced those functions to professionals, and to radio announcers.  Meanwhile our natural skills atrophied.

Last fall I complained to a Victoria, BC supermarket produce clerk that I couldn’t see any local apples for sale.  The store carried only apples from Australia.  Oh, he said.  That’s because the season hasn’t started here yet.  His supervisor had told him so.  Well, my tree had ripe apples.  My neighbour’s tree had ripe apples.  The rest of the neighbourhood had ripe apples, and this was a neighbourhood store.  Like most 20 year olds in 2015, this urbanized young man had never learned to see the natural world.  A depressingly large portion of that generation doesn’t know an apple tree from an oak.  We’ve outsourced that knowledge to agro-business, and to the ad industry.  Those skills, too, have atrophied.

If you’ve been getting your information on cannabis from the media for the past 60 years, you’ll know it as ‘marijuana,’ and you’ll know that it is associated with explosions, fire, mould, theft, and gang violence.  You’ll know that it makes people stupid and unambitious, and that it causes schizophrenia.  The RCMP has told you so.  Because you have poor sensory training, you fail to notice that there is no plague of explosions, moulds or other such things, and no plague of schizophrenia.  You certainly will not have noticed that stupidity lies in the fact that you can’t see, hear, and think for yourself.  Our doctors, trained as scientists, can’t see that cannabis is non-lethal, generally non-toxic, and highly valued by patients who suffer from chronic ailments.  Like too many of us, they’ve outsourced those perceptive capabilities.

This past year two City Councils in BC, generally friendly to cannabis dispensaries, have declared that we cannot allow the dispensaries to remain clustered in a neighbourhood.  We have to split them up, and scatter them about.  Gee.  The downtown financial district is a cluster of banks, the malls are little other than clusters of clothing ships, Fort Street is a cluster of antique shops, and two blocks on Johnson Street house all the comic shops.  We have China Town, and Hotel districts. In Vancouver, strings of blocks on Davie Street are nothing but clusters of eateries.  Have the councilors noticed this fact?  Apparently not.  Don’t be surprised if, for many years to come, your fellow citizens reject a potentially mind-expanding plant because they are still waiting for The Globe and Mail, or The National Post, to tell them it’s okay.

2. We are haunted by the search for The Manchurian Candidate.

From 1953-1973, MK-Ultra, a clandestine wing of the CIA, with the co-operation of some Canadian Hospitals, tested psychoactive substances for their brainwashing capabilities.  They experimented on mental patients, vagrants, prisoners, soldiers, and other easy targets they could find.  One of those substances was cannabis.

Meanwhile, brainwashing experiments continue in detention camps like the one in Guantanamo Bay.  The North American war machine is obsessed with learning to scrub brains, and to reconstruct them.  It’s no wonder that they don’t want to release the prisoners.  They’ve probably been electroshocked into a state of babbling mania by now.  Over 20 years of experimentation it can’t have escaped the war machine’s notice that cannabis renders its fans friendly, laid back, and perceptive.  This attitude is terrible for the weapons business, and useless to the war on terror.  Don’t expect the people who have bought into this or any other war to embrace cannabis.

3. We have learned to revere all things artificial.

In the late 19th century it was common for young scientists to experiment with coal tar, a plentiful side product of industry.  Coal tar yielded a fantastic range of colourfast dyes for the booming garment industry, and for staining organic matter to be viewed under the microscope.  Further experimentation along these lines led to medicines such as chlorpromazine, a powerful tranquilizer known better by the name, Thorazine.  Ciba, Sandoz, and Bayer, among others started life as dye companies.

But human beings evolved alongside plants and other animals.  They evolved alongside plants they could digest, and that gave relaxation, pain relief, and healing.  Their bodies did not evolve to mesh with coal tar and other synthetics.  Yet we live daily surrounded by synthetic fabrics, synthetic medicines, synthetic food, phony flavours, fake news, and fake entertainments.  We don’t trust the natural world.  We douse it with poison.  In this setting it is hard to convince some people to embrace a plant.  It doesn’t help in that context to explain that cannabis medicines have been used for centuries.  For some, that fact only emphasizes the idea that these medicines are backward and crude.  We can’t expect the fans of the synthetic to become the fans of cannabis plants, at least for some time to come.

4. We are muddled on the subject of memory.

Talk to critics of cannabis, read the Wikipedia and other conservative sources, and you will gather that cannabis impairs memory, to which I say: What does North American culture know about memory?  We’ve done everything possible to expunge all cultural memory from the minds and hearts of Native North Americans.  Then we’ve done a good job expunging our own memory of the attempt.  We try to destroy the cultural memories of people we can’t ‘westernize.’  We tear down old neighbourhoods.  We tuck old people away in institutions.  We foreclose on farms and small businesses, and wipe the ways of life associated with them off the time map.  In exchange we invite everyone to live in an eternal, frenetic present comprised of changing fashions, flavor of the moment news releases, blockbuster movies, special effects, and other spectacles. 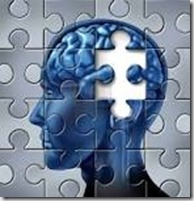 Cannabis, by contrast, encourages its users to slow down, look around, and savour what they see and hear.   It expands sensory awareness whilst bringing deep relaxation.  It enhances the desire to create traditions.  It invites ritual.  It invites contemplation.  It invites spirituality.  Since the 60s we’ve seen four generations of cannabis fans, none of whom has forgotten who they are, where they are, and what they need to be doing.  They’ve run successful businesses, engaged in professions, invented new technologies, raised families, and excelled in the arts.  If that’s memory loss, lets have more of it.

But then, you’d have to trust your own senses to see all of the above.  And with that idea, we come full circle.  It is certain, at least in my view, that the Liberal Party of Canada will keep its promise to legalize cannabis.  But the cultures of outsourcing and artificiality that surround us will not make the decades that follow legalization easy.  We’ll have to put our heads together, invent and promulgate normalizing strategies.  And we’ll have to expect those strategies to take effect only very slowly.  We’ll be good at that, however.  We’ve had 70 years of learning to be patient.  And this phase of history will be ever so much more pleasant than its prohibition predecessor.  Let’s be cautiously optimistic.  It might even be fun.

Campaign kicking into high gear   By Andrew Brown Since last Oct., Dana Larsen and the Sensible BC campaign—the voter initiative to effectively make cannabis possession the lowest police priority in B.C., with no money used to enforce the federal possession laws—have been touring throughout B.C. visiting dozens of communities from Northern B.C. to Vancouver […]

All You Need To Know About Decarboxylation

Campaign has little time to make big waves By Andrew Brown Canvassers are out in full stride, diligently collecting signatures to force the B.C. government into a referendum to pass the Sensible Policing Act. Since Sept. 9, the first day official signature collection began, over 100 local organizers and over 3000 volunteers have now stepped […]