Deprecated: The $control_id argument is deprecated since version 3.5.0! in /home/oq5ayjaeetjt/public_html/wp-content/plugins/elementor/modules/dev-tools/deprecation.php on line 304
 Overgrowing The Liberal Legalization Scheme - Cannabis Digest
Skip to content

Everyone in the cannabis industry fears it will be taken over by large corporations now that the federal government has committed to legalizing cannabis.  Since the Liberals have not introduced a detailed plan, there is a legitimate concern that lobby efforts from large companies will pressure the government into creating tight rules that virtually eliminate competition from small business.  If the cannabis culture wants to ensure a fair market that makes room for both big and small business, then we need to move forward with concrete action now.

At this point, while Justin Trudeau and the Liberals have pledged they will legalize, their plan is rather vague.  Until the Cabinet is set and the MPs settle into their collective positions, there will be little more happening than some behind the scenes jockeying for a position on the committee that will eventually oversee this matter.  At this point there do not appear to be any set dates for implementation, and from my perspective the longer that takes to set up and complete the better.

Once the committee is announced then citizens should have several different opportunities to present information and opinions to them.  Each individual on the committee could be approached to convince them to either support a particular proposition or the entire group will likely accept information presented in writing, at least.  Persuading this committee to create simple, low-barrier cannabis markets is crucial to the success of legalization.

It will be during this time period that the mass media and general public will be paying particular interest to this subject.  Letters to the editor are another important method of influencing those not using social media as a source of information.  With everyone interested in legalization being done properly, it is important for us to engage personally with as many people as possible during this time period, so every opportunity that appears to educate others on the benefits of minimal regulations should be taken. 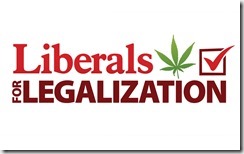 A model that allows both large and small companies to produce and sell cannabis to adults will ultimately maximize the benefits of legalization.  A competitive environment will ensure low prices, high quality and excellent consumer service.  Moreover, a diverse range of cannabis businesses will encourage the development of several different types of businesses which will generate far more money for the local economy than the actual sale of the plant material.

With so many strains of cannabis, along with so many ways of growing it and make edible and topical products, a properly regulated industry would allow small businesses across the country to specialize in various products and services.  This would guarantee regions across the country would benefit from legalization rather than a small number of municipalities that would gain from massive factory-style grow operations being built.  The Canadian economy is built upon small business and this industry would thrive if given the chance.

If big business is able to convince the government to over-regulate the industry, then many problems will appear.  The prices will not likely go down significantly under such a system, giving plenty of incentive to grow and sell outside of the system.  If cannabis is legal but the prices remain high, then there obviously be a huge underground economy continuing to exist as many consumers like me will never buy from a big company.

There are a few ways we can ensure this never happens.  We need to make sure every single city in this country has a medical cannabis dispensary as soon as possible.  The mandate of the group can depend upon the local community. Some places that are very conservative will need the group to have strict rules about joining, but others in big cities are pushing the envelope to widen the understanding of the medical benefits of cannabis.  These dispensaries have many benefits both to the patients they serve and to those uncertain about cannabis, as they prove there are few harms from allowing the sale of cannabis from a store compared to the harms of prohibition.

Now when it becomes legal there is likely to become a split between medical and recreational cannabis providers, but until that happens we need to use the licensing models being created by Vancouver and Victoria to break into other cities when no club exists.  By getting our collective feet on the ground across the country as soon as possible, we can build the framework upon which the future system can be built.  After all if there are hundreds, even thousands of clubs working together under an organization like the Canadian Association of Medical Cannabis Dispensaries then we have a very strong position to bargain from as a community of small businesses. 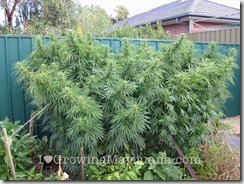 Another important method of overgrowing the system that people need to consider is growing as much cannabis as possible next summer.  Grow it in your garden, your mom`s garden and city plots.  Grow it in your front yard.  We need to get as many seeds and clones in the ground as possible next spring to put our collective foot down about growing.  By getting others into growing cannabis we can normalize it and help keep the prices down.  After all, if everyone is growing they will have to keep the prices down.

Of course the regulations that will be introduced will have some problems that will need to be worked out but we have a chance coming up to make sure they are done right the first time.  By working hard now to prepare our arguments and build a community of small businesses, we can do our very best to make sure that when we all get a chance to help create a scheme to legalize cannabis that benefits everyone.  This is a critical moment in history and we cannot afford to allow this opportunity to pass without fighting for the best model of legalization possible.

2013 Treating Yourself Expo best yet   By Al Graham Cannabis is a plant that many governments claim is dangerous and should not be consumed, but we are seeing something different. Unfortunately, this fear-mongering message, which is almost 100 years old, is one that leaves many unanswered questions, and the feeling that we have been […]