By 2000, I had started to develop a neuropathic condition due to a lung operation earlier in life that left me with nerve damage in my torso that caused chronic pain. I treated myself (I miss that magazine by the way but I now understand why it died) with cannabis and was able to cope. By 2002, I started  experiencing more chronic pain from another, separate neurological disorder, possibly caused by a massive exposure to DDT when I was around 11. 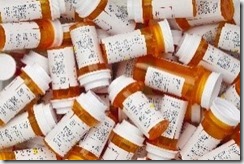 I was sent to a “pain clinic” by my doctor and was placed one every opiate pain killer you can imagine as well as all types of other drugs, some worse than opiates and experienced a “lost decade” of pain and  prescription drugs that never really helped my pain. I was no longer able to work at this point and was forced to go on Canada disability pension.

We knew we could never survive on a disability pension, so we decided to start a business doing something we knew and leveraged our house (that we worked all our lives for and was paid for) and got a line of credit for $180,000.

We bought a store unit in a commercial / industrial plaza and opened our own Canna Biz, a hydroponics store. It took nearly 2 years to convince people in small town Eastern Ontario that we weren’t a cover for the police trying to catch growers. By now it is 2004 and the MMAR is starting to catch on, people are getting to know us and sales are rising. 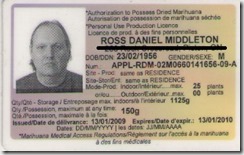 In 2005, I found a doctor that for $150, would prescribe cannabis and I got my first MMAR exemption. (More “modern” Canna Biz).

By 2006 we were approaching a break-even point, not getting a pay cheque but no longer paying for the store just to stay open. Still living and paying the bills with borrowed money, we were starting to run out of money.

By 2008 we were finally starting to turn a modest profit mostly by paying ourselves rent for the unit as opposed to a “pay cheque”.

In 2009 a Doctor set up a practice in Coe Hill, Ontario and started signing MMAR authorizations to anyone that came to see him. I remember when I first heard about him I felt “uncomfortable” about the way he was operating but convinced myself that he was just an “activist” doctor trying to do some good for the cause. Business rose steadily for the next couple of years and we finally stopped living off of borrowed money, just in time. 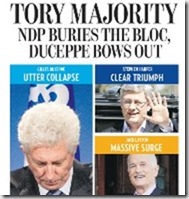 By 2011 all was good. Business was booming. We were actually helping a lot of sick people grow their own medicine. We offered a discount for licensed growers and free advice. We now had the clientele we had always wanted and felt good about what we were doing.

Also in 2011, there was a federal election and Stephen Harper and the Conservatives got a majority government. We didn’t think much of it at the time as we thought everyone’s right to grow for medical purposes was protected by the 1999 “Parker” decision. We had no idea what he had planned.

By 2012 the previously mentioned “activist” doctor had completely sold out. He started bussing people in from all over the country. People were flying in from out west and he wrote thousands of prescriptions, now at $300 or more each. We were getting pretty conflicted by this as we knew something about it was not right but at the same time happily taking the business that was coming our way. We had convinced ourselves that Health Canada would not let this happen unless they were OK with it.

We had no idea what Harper and his party had planned. We know now that they knew about what was happening and intentionally let it go on until they were ready to execute their plan to discredit the MMAR program and use this doctor along with a multitude of lies as examples of why it had to stop.
January 2012 they started to execute their plan. The “activist” doctor was raided by the police and 6 months later he was charged with fraud. Not so strangely, this coincided with the announcement from Health Canada that they intended to end the MMAR program and replace it with something else. 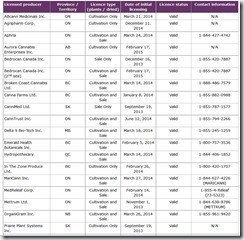 That “something else” turned out to be a whole new program that would take away an individual’s right to grow their own medicine and give that right to “approved” commercial growers. (Mega Canna Biz)
Our business started to drop off almost immediately. We were too naïve to see this for what it was, a deliberate, well planned, well executed plan by the Harper government to impose its own ideology on the medical cannabis community and the cannabis community as a whole.

Attempting to “buy in” to the NEW Canna Biz

As business continued to fall, eventually by over 50%, we scrambled to come up with a plan that might save our Canna Biz. At first we thought maybe we could work with the system and try to be part of it. We actively pursued investors to start a business that would take advantage of the new rules. Our first plan was a brilliant “original” idea to start a “clinic” that would provide advice to potential medical users and work with the commercial producers to help patients access medical marijuana. (Sound familiar?). I discussed this possibility in depth with Health Canada and was given a firm NO WAY! Now they are a dime a dozen. (More mega Canna Biz). 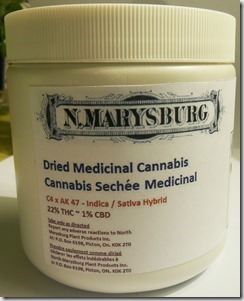 Still scrambling, we went to plan “B”. We talked to our investor about possibly starting our own Licenced Producer Company and he said he was in for up to $700,000. We again had hope. I spent several months studying the MMPR regulations, preparing application forms, incorporating a business, trademarking a name, drawing floorplans, securing a location and all the other things required under the application process. It was all in vain. After having the application returned over and over with a new reason given every time, it became clear that we were not the kind of people they were looking for and we eventually had no choice but to withdraw our application before we threw any more money at it. (Something many applicants still languish in today).

While all this was going on, a lawyer named John Conroy had taken it upon himself to challenge this arbitrary loss of our rights granted by the 1999 Parker decision and actually managed to get an injunction put in place by Justice Manson of the B.C. Superior court.

Our Canna Biz levelled off at about 50% down. We were back to struggling to pay the bills. We were still in debt to several distributers who were, at least at first, understanding but some of them soon ran out of patience and threatened to send us to collections. We were forced in to borrowing more money to prevent this. 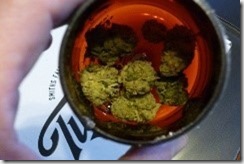 Now it is 2013. We are struggling to survive. I have another epiphany! I will contact all the licenced producers in my area and see if we can supply them with equipment, nutrients, and other supplies! At first I got a positive response from the mega producer setting up in the old chocolate factory. I offered them deep discounts, sourcing and a full range of services including personal deliver to their door. It worked! We were their main supplier! We were saved. Maybe it could work. Maybe we could do Canna Biz in the new industry.

It was not to be. After bending over backwards to meet all their needs, they decided to open a purchasing department. At first the new department worked with us but once they figured out where we were getting everything, they promptly tossed us aside, contacted the distributers directly and the  distributers could not climb over each other fast enough, throwing us under the proverbial bus while  demanding payment of bills left owing. Some, located on the west coast manufacturing some “very advanced” nutrients actually seemed to take great pleasure in doing this even after years of doing business with us. (Ruthless Canna Biz)

A couple of distributers stood by us and resisted the temptation to put their hand out in front of us while stabbing us in the back and when the market returns, they will be the ones that we will remain loyal to.

That brings us to today, 2015. Our Canna Biz is up a little thanks to the brave people that have just decided that they weren’t going to let the Harper government tell them what to do but as long as the current government stays in power, we will never get back to paying the bills. We had to sell our dream home that we worked so hard for and my health continues to decline. I know that if this government gets re-elected we will be forced to close our doors.

About a year ago, I stopped taking all the pharmaceuticals and I joined Facebook. I found a plethora of “activist” groups and individuals that seemed dedicated to the job of changing things for the better. At first I was excited to see so many “like minded” people that seemed to be pulling together to affect change. I even thought that these people and groups deserved recognition for their hard work and created something called the “L.E.A.F.Y.” awards. (Legalization Education Advocate Favoured by You) and got a great response. I made certificates and created an “awards ceremony” video to announce the winners. I honestly thought they were doing good work (and some are) but I also found out over time, that there was a certain discourse in the community fuelled by desire for personal popularity and / or the desire for money and connections to money.

Now I see a political party that promises to end prohibition and legalize cannabis and I am watching while so called “activists” try to tear them down. I ask myself, why would a group or individual NOT support this party? Why would some actually try to harm his reputation and thwart his efforts? I keep coming up with the same answer.

Today I am executive secretary with a registered non-profit organization called Canadian Medical Cannabis Partners and although I try to keep my work to affect change low key I still sometimes can’t help but stand up when I see groups or individuals endorsing the profiteering side of Canna Biz.

I just can’t help myself, I guess I’m still just an old hippie after all.