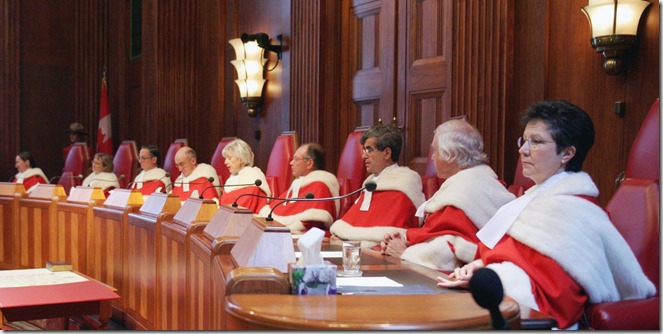 On March 20, 2015, the top nine judges in Canada will spend an entire day discussing whether cannabis derivatives deserve legal status similar to that of cannabis.  This will be the first time in history that the Supreme Court of Canada has heard arguments regarding medical cannabis and the regulatory schemes Health Canada has created to provide access to those in medical need.  At the center of the trial stands Owen Smith, former head baker of the Victoria Cannabis Buyers Club, backed by lawyer extraordinaire, Kirk Tousaw.

Several key legal principles are being addressed.  First and foremost is the fact Health Canada has attempted to create regulations allowing patients to grow and use cannabis, but has drawn the line at derivatives, which have remained illegal to produce or sell.  Making a tea, tincture, hash, or producing butter for cookies, indeed anything that separates the resin glands from the plant material, turns a legal medicine into an illegal drug.  For many patients, some of whom are children, smoking is not the best method to ingest the medicines contained in cannabis plants.  As it stands the law forces them to choose between breaking the law and their health.

Also on the agenda is the legal principle of standing, which states that a person cannot be convicted of an unconstitutional law, even if the law does not apply to him or her.  This principle goes far beyond the drug law.  The best known legal case that addressed this matter was that of  Dr Henry Morgentaler, which proved that the abortion laws violated the rights of women.  He argued that he had a civic duty to break the law in their defense.  Many cannabis activists have wished to gain the support of the Supreme Court of Canada on the issue of standing; this case should settle the matter once and for all.

The cannabis extracts case began on an average working day in December, 2009.  Owen was making a variety of edible and topical products in a downtown apartment, unaware that the building manager had called the police about noise and the smell of pot in the hallway.  When charges of Possession of THC (tetrahyrdocannabinol) for the Purposes of Trafficking, and Possession of Cannabis, were filed in court, the stage was set for this important decision.

Rather than feeling embarrassed at being considered a criminal by the government, Owen has been proud.  “It’s an honor,” he has said, “to do my part in this great effort to help so many people in need of cannabis medicines.”  Indeed, he has been a humble warrior for truth and justice.

But there is more at stake here than the right to pot brownies, though the headlines would lead one to think otherwise.  In some ways, this case has the potential to undermine the drug approval process.  The court is likely to give the federal government just one year to create new regulations for controlling the production and use of cannabis derivatives.  None of these products will be required to go through the drug approval process.  Instead, Health Canada will simply claim these products, while authorized, are not approved, as they have not passed through the rigorous drug testing process currently in place for prescription drugs.   Still, they will be available if a doctor approves.

The size of the future cannabis extracts markets far surpasses that of the raw herb.  Everything from cannabis suppositories to creams, eye drops to the many potential edible preparations, using infinite combinations of cannabinoids and terpenes, could suddenly become available on the legal market.  Since most people diagnosed with serious conditions are older and will not likely want to smoke the herb, and with such a wide range of potential medical applications for cannabis derivatives, there is little doubt that before long this new market will dwarf medical raw, dry plant sales.

Ironically, should this transition occur, it is likely that the legal decision will benefit the new Licensed Producers more than it will compassion clubs like the Victoria Cannabis Buyers Club for Owen worked.  An interesting twist to this story is that when Owen was arrested the Marijuana Medical Access Regulations allowed patients to grow their own medicine or have a Designated Grower grow it for them.  That condition changed on April 1, 2014, when a new program was introduced, the Marijuana for Medical Purposes Regulations.  Under the MMPR although large companies were granted licenses to grow, they have been forced to work under strict advertising rules, and can only mail dry herb.

In an attempt to ensure that any decision in Smith is followed through in the new regulations, the Coalition Against MMAR Repeal has included virtually the same arguments in an injunction they have filed, which is primarily focused on maintaining the rights of patients to grow.   Lawyer Kirk Tousaw will appear with lead counsel for the coalition, John Conroy, when the injunction is heard in the Federal Court of Canada over 3 weeks starting in late February.  This one-two punch should ensure for all time that patients can produce cannabis and extracts in their own homes without fear of arrest.  Anything less is unacceptable.

Certainly the most compelling argument for allowing patients to produce their own cannabis and make extracts is economic.  As the founder of the coalition, Jason Wilcox, states, “Growing my medicine is important to me for its holistic use of the herb.  I am using all the cannabinoids in the plant and provide it for myself at $1.25 a gram.”  When you then consider the savings for patients when they make extracts for themselves, the numbers add up quickly. 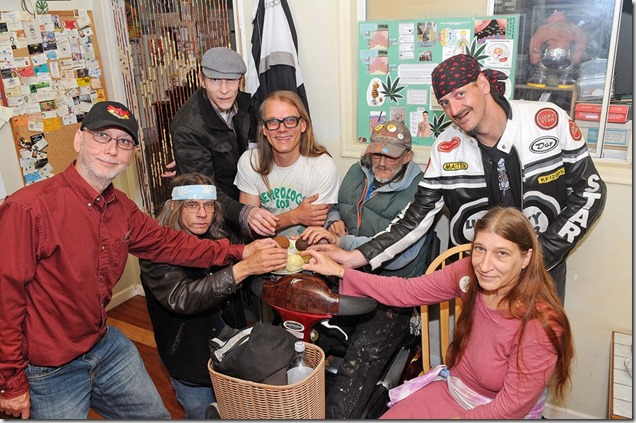 For many patients, like my love, Gayle Quin, this could be the difference between life and death.  Since many drugs are not covered by the health care plan, we have to assume the government will oppose covering the costs of acquiring cannabis medicines, leaving patients to pay for their own.  “With the amount of [extracted] cannabis that I have been eating,” states Gayle,  “I cannot possibly imagine being able to eat enough [raw] plant material to get this much medicine into me.  I would have been dead in a hospital by now without cannabis extracts.” Gayle is one of the four female club members who testified in the case.

Lawyers for the federal government are expected to counter this view with health concerns for the very people they are fighting, citing problems with dosing and safety.  They will argue that these concerns justify denying patients the ability to have legal access to these products at all.  Along with its wild claims about potential harms from inconsistent cannabinoid doses, Health Canada has strongly denied the medical benefits of oral and topical cannabis preparations.  Yet in documents prepared to educate doctors about the plant, the Ministry cites studies showing these benefits

Health Canada and its lawyers can make all the crazy accusations they want, but nothing will damage the evidence entered into court by expert witness Dr David Pate.  This testimony was so compelling that in his final decision, Justice Johnson quoted almost 5 pages of Pate’s evidence.  Pate is far more qualified to inform the judiciary about the nature of cannabis resin and THC than Health Canada’s so-called expert.

(cookie monster is googly-eyed about the Supreme Court of Canada)

With the case getting closer to a hearing in Canada’s highest court, everyone is watching to see which third-parties might appear as interveners.  On the defense side, attempts to convince large associations, like the Criminal Lawyers Association of Ontario, seem to have worked. The Association believes that the issue of standing needs to be addressed again, and wants to help ensure that no one is convicted of an unconstitutional law, a principle important in many areas of law.  The Association is also in full agreement with the arguments being made by the defense in this case.  We are very pleased to have such strong support from an experienced team of defense lawyers.

An explosive situation could occur when the Supreme Court of Canada hands its decision down.  If the court rules that patients’ rights are being violated by the existing regulations, and that standing is a fundamental principle of justice, no one in Canada should be convicted of any cannabis derivative charge until such time as a constitutionally acceptable program gives patients access.  Seriously, until the courts rule that the access created by the government does not violate anyone’s rights, and a working program is put in place, no charges of producing, trafficking, possession and even importing of cannabis resin, a.k.a. hash, or other derivatives, will be laid.  That could take a long time.

This could tear a huge hole into the government’s plan to continue enforcing the cannabis laws.  Concentrates are rising in popularity among recreational cannabis fans in urban centers; there is a growing trend to preferring derivatives in cannabis community at large.  This trend is likely to explode if the laws prohibiting derivatives becomes temporarily mute.  While this scenario may seem highly speculative, one has only to look back just over a decade ago, when the Hitzig decision resulted in the dropping of 4,000 possession charges.

From the outset, this entire process has been a great challenge and opportunity.  As I was Owen’s boss when he was arrested, I had the responsibility both to ensure that he walked away without a record and, more importantly, that patients could gain legal access to these vital medicines.  It is hard to believe that after 19 years of fighting for patients’ rights, we are at the door of the Supreme Court of Canada with a solid case and an incredible team.

After this Supreme Court case, Owen Smith will be known throughout history as the first person to succeed in striking down Canada’s cannabis laws.  Our organization could not be more proud to support Owen, Kirk Tousaw, and this important historic case.