Regardless of the distribution model ultimately chosen, significant efforts by all orders of government and by law enforcement will need to be put into shutting down illegal operations, be they store-fronts or internet operators. See section 4 (Enforcing Public Safety and Protection) for more discussion on this point.

Which distribution model makes the most sense and why?

In almost every instance, this task force has such a backwards view of what is happening in the current cannabis industry that is is frightening.  To suggest that allowing cannabis to be sold only through the mail is going to replace people from growing and selling cannabis directly is absurd.  The proliferation of dispensaries in most major cities across the country despite the legal mail order system for patients, is ample proof that making cannabis legally available through mail order only would be a dismal failure.

By starting off by stating there will be a ‘Phased in approach’, the task force is making it clear that initially they intend upon creating a very limited legal regime supplied by LPs while throwing everyone in jail who is currently distributing cannabis illegally.  Then, in Phase 2, which they have only alluded to, the government will help the LPs set up their legal storefront operations because everyone realizes that is the most reasonable distribution system.  If the government is seriously considering a several stage process towards full legalization, then they should fully explain what this looks like rather than simply refer to the initial stage.

The task force displays a clear bias against existing dispensaries in the tone of this survey by stating the goal is to provide an alternative to the current illegal sellers that exist in certain Canadian cities instead of trying to include organizations that are already in operation publicly in the new legal system.  With cities like Victoria preparing to license dispensaries like the 20 year old Victoria Cannabis Buyers Club, the federal government should begin this conversation with a realistic discussion about legal cannabis sales rather than float some fantasy about only allowing mail order.  No other jurisdiction that has legalized cannabis has only allowed mail order and the government should fear the mocking it will get when it proposes mail order will remove organized crime from the industry.

The poor logic of the task force is revealed in the statement that legal storefronts may be necessary “to provide an alternative to the current illegal sellers that exist in certain Canadian cities.”  Is not one of the main goals of this task force and legalization to undermine organized crime in all cities, not just the ones with storefront dispensaries?  Legal storefronts should be in every Canadian city, not just the ones that already have dispensaries.  Moreover, most of the large cities with dispensaries are creating, or have already made, bylaws to grant them business licenses and the federal task force should first and foremost be considering working with these cities and dispensaries rather than work towards replacing them.

Using the example of the current medical cannabis program to describe the least risky distribution system is backwards given the evidence.  In reality, dispensaries have flourished in large part because people are refusing to purchase their medicine by mail order and prefer illegal storefronts or street dealers.  Only a small percentage of patients have accessed the legal system and the mail order system has been a dismal failure for patients.

Of course the task force has thrown youth up in front of the public as one of the main reasons for only allowing mail order.  It is hard to imagine how the government thinks children would be better protected if all cannabis was purchased through the mail, as a youth would have to obtain the herb from an adult whether it was bought in a store or delivered.  Many youth will grow up watching their parents ignore the laws and selling cannabis in small amounts will continue to be one of the main ways young adults make money if mail order is the only legal means to obtain herb.

In presuming mail order could possibly replace face-to-face sales, the government fails to understand many simple economic realities faced by Canadians.  We cannot all get credit cards.  Many people cannot even get a bank account and use places like Money Mart to cash their cheques.  Many Canadians do not have the luxury to purchase their cannabis by mail order and will want to obtain it as soon as they get their money just like their food and other basic needs.

Moreover, not everyone has a stable place to live.  Homeless people, those living in temporary shelters, travelers, seasonal workers, and tourists will have no other choice but to purchase their cannabis illegally if mail order is the only legal option.  Youth could actually have more opportunities to steal their parents herb if they start recognizing the package it arrives in, while roommates and thieves will have plenty of opportunities to intercept cannabis once billions of dollars worth of it are being sent through the mail each year. 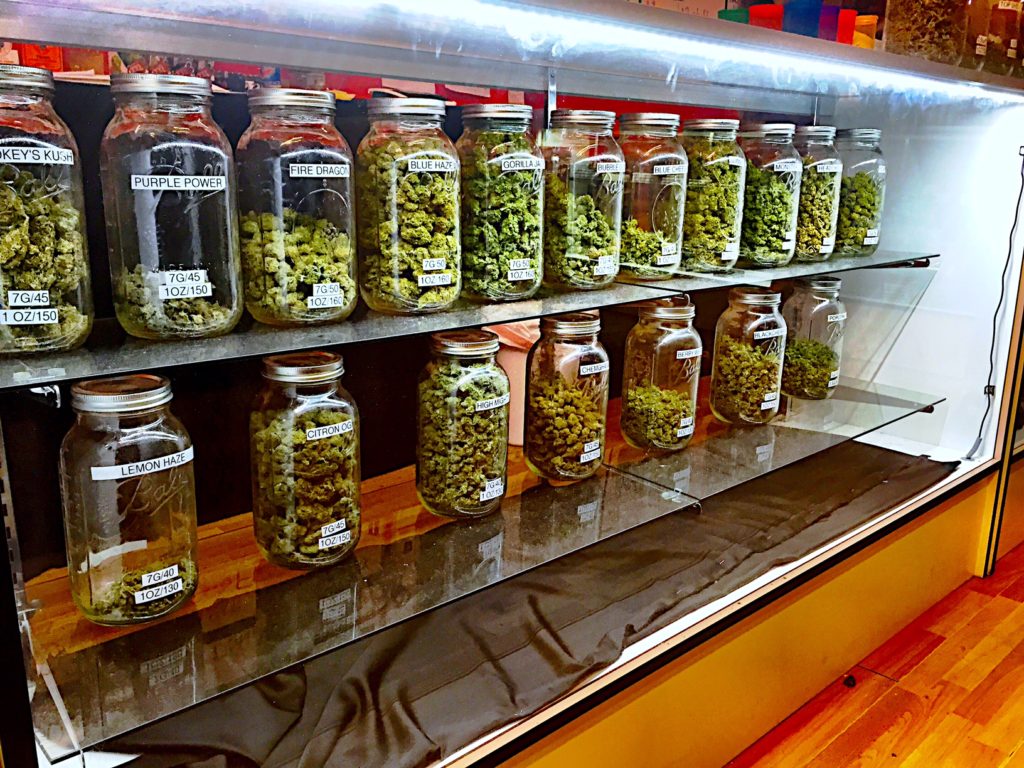 There is no question that the cannabis to be sold in legal storefronts needs to come from legal sources.  If the government chooses to create a reasonable regulatory system that includes small craft growers, then there will be a smooth transition into legalization as the vast majority of people currently producing illegally would love to get a license and continuing working in the field.  However, if the government makes it very difficult for small and medium sized producers to legally sell cannabis, in favour of a system where only large corporations can get a license, then we can expect to see this long, drawn out civil war to continue.

This discussion should start with compassion clubs and the cities that are currently forming the first stage of regulations to control the distribution of cannabis.  Instead the task force takes an adversarial approach to the municipalities that have worked the hardest to develop bylaws that set the groundwork for legalization.  This is not only another slap in the face to the activist community but it also a slap in the face to locally elected officials and police departments who are trying hard every day to find a balance between enforcing the law and saving precious resources for real crimes with victims.

In fact the task force is clearly stating that instead of working with municipal governments creating cannabis dispensary business license bylaws and the dispensaries that have tried hard to comply with those regulations, they expect police will use significant resources to later raid every publicly operating cannabis distributor and shut them down.  It is absurd to hear the federal government wants to spend so much effort fighting organizations that have risked a great deal of time and money to get a license and pay taxes in an industry that has stayed underground for decades.  It is absurd to suggest that police will be able to shut down dispensaries across the country in one fell swoop and replace them overnight with a new legal system.

For several reasons it seems best to allow provinces to determine their own means of producing and distributing cannabis products.  Legalizing cannabis will have far more impacts on the health care system and society in general than most people appreciate and it will take some time to develop best practices in regulatory models.  By allowing provinces to determine their own distribution methods the federal government will save itself a lot of headaches trying to get the provinces to agree to a plan and will give some people the impression the Liberals are willing to let others be involved in some of these decisions.

In particular, B.C. has a unique opportunity to incorporate the existing illegal industry into a legal framework, providing many jobs while minimizing the negative consequences of a more punitive approach.  With so many cities prepared to license dispensaries in B.C. and so many growers prepared to fully comply with reasonable regulations, this province has the capacity to make the huge shift into legalization by working with the existing industry rather than fighting it.  Our province deserves an opportunity to develop its cannabis industry without having to answer to other jurisdictions, just like they control alcohol and tobacco sales.

This province should be allowed to capitalize on the great reputation growers here have worked hard for decades to achieve, as BC Bud is world renowned for its quality.  Cannabis-focused tourism would bring vast financial benefits to the province that would never be available if the distribution is by mail order and which would be dramatically curbed if the regulations were the same as other more conservative provinces.  Cafes, restaurants and wilderness tours specializing in high quality cannabis products would draw visitors from around the world to B.C., if the laws are reasonable.

As for integrating cannabis medicines into the health care system, it seems best to allow each province to create protocols.  Since each province already controls how health care is provided, it makes no sense for the federal government to force them all to abide by the same rules.  Some provinces may be more prepared to start pilot projects with cannabis in palliative care than others, for example, and by allowing provinces to form innovative programs over time best practices will be refined.

(Owen Smith and Kirk Tousaw at the Victoria Courthouse) By Dean Schwind It is not often that I send out a plea for money for someone other than myself, but I’m nothing if not an adventurous soul, so I thought I’d take a wack at it.  Now, be prepared my lovely Digest readers because I’m […]

Hosting her fourth Dabfest in Duncan on Vancouver Island on Nov 26, Annissa Warner is leading the cannabis movement by example.  Creating culture by bringing together activists, entrepreneurs, patient’s, artists, and cannabis enthusiasts together for a meal, comedy show and lots of dabs, Annissa has been doing an outstanding job putting these events together.  Hopefully […]