Deprecated: The $control_id argument is deprecated since version 3.5.0! in /home/oq5ayjaeetjt/public_html/wp-content/plugins/elementor/modules/dev-tools/deprecation.php on line 304
 The Battle of Nanaimo - Cannabis Digest
Skip to content 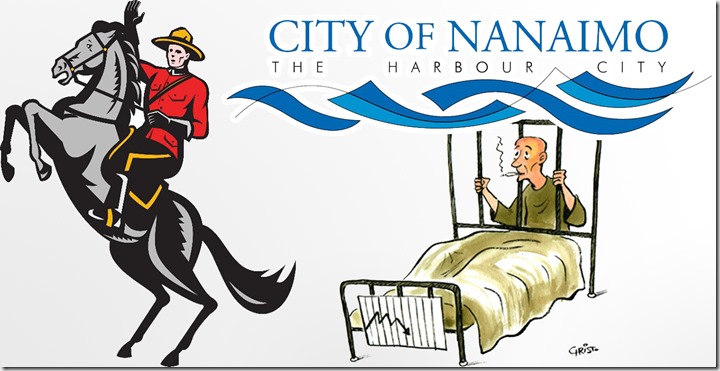 Ironically, the day after Canadians celebrated the hard won freedom that our veterans fought and died for, Nanaimo RCMP served the cities dispensaries with a cease and desist order. That hard won freedom that our country values does not extend to the residents of the city of Nanaimo, or to the simple act of deciding what to put into your body. Despite the recent change in our federal government, or perhaps because of that change, local RCMP, apparently without the knowledge of Nanaimo city council, have threatened the clubs and dispensaries with an order to close within 7 days or face raids and arrests of staff and patient members.

The city of Nanaimo has the largest number of medical cannabis clubs in the country after Vancouver, Victoria, and Toronto with eleven. Recently, the Union of BC Municipalities passed a resolution declaring that they have the authority to licence Cannabis dispensaries. With the provincial capital and the largest city in the province leading the charge by developing plans to tax and regulate, Nanaimo seems trapped in the Harper era or motivated by something other than the current political climate.

It is well known that Nanaimo’s mayor is a supporter of Tilray and the LP model. The American giant has firm commitments with the city and has openly accused the cities dispensaries of “stealing their customers” despite the fact that Tilray’s,{and all the LP’s for that matter} customer base is has over 40,000 card carrying Health Canada approved patients. With no hope of the kind of growth that will support the $75 million investment made by the Founders Fund group that owns the company, the group has tried desperately to bring Nanaimo municipal government to order the closure of the perceived competition. After all what do corporations do but lockdown market share and edge out all competition.

When I was a kid my daddy told me about dealing with the desperate. He said,” son, when an animal is backed into a corner, any animal, especially the human animal, it will strike out in order to save it’s life. This is when the animal is the most dangerous, when it had nothing to lose.” This action by Nanaimo RCMP is that lashing out. A hail mary play in order to scare off the ones they can, and cash out the ones they can’t.

Today is the day were the rubber meets the road.  Compassion clubs and dispensaries in Naniamo have to decide if they are activists or capitalists. Activists will take this threat in stride as we have been here many times before. They know this threat has always existed but has now reached a point of action and they are ready for it. Capitalists will assess the cost and losses to determine if it is profitable to stay in business.

My daddy also told me that the only way to change an unjust law is to take it to court and challenge that law. Activists know that, we have been doing this for some 20 years now in this country. The Victoria Cannabis Buyers Club, for example, has fought this very battle many times, surviving 4 police raids, and is one of the largest clubs in the country today. There are literally hundreds of nameless folks who have little by little, court action by court action, brought this movement to the point we are at today. Dozens of trials every bit as important a R v Smith but without the internet publicity have been fought and won by people who you will never know the names of.

It seems clear to us hard core activists that we have a full war chest and a lot going for us. It is somewhat inconceivable that crown council is eager to take on multiple cases, many involving survivors of cancer and worse, in the current political climate and with both the BC capital and the province’s largest city licensing dispensaries. Not to mention the long history of the judiciary in this country siding with dispensaries and compassion clubs, throwing out cases because of violations of basic human rights. So if it is not about getting a win in the courts then what?

I have written several blogs for CD that have mentioned the police tactic of “cashing out” a grow op or dispensary by raiding, taking product and cash, and forcing legal fees until they bleed the accused dry with the full knowledge that the case will never make trial. Out of business is out of business right. Except with a little preparation and some restructure of the model, at least temporarily, all the Nanaimo clubs won’t have to close and RCMP will not be able to do anything about it.

We need to take the steps necessary to keep the patient’s supplied without interruption while keeping the doors open on the locations, and Nanaimo clubs, here is how you do it.

1. Take all stock and cash out of the shops to a safe location.

2. Temporarily turn the shops into education centers and meeting spaces.

3. Set up phone #’s for members to call in and create a delivery menu online

4. Service the members with home delivery. 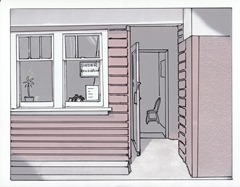 With this simple change to the current model we keep the doors open and in the cities face, while servicing the patients from a safe and secure location. The alternative is to call their bluff and let them come.

Prohibition is dying. In it’s death throes it will strike out in vicious and disruptive ways even though it is nearly powerless to stop this tidal wave of change. The LP model does not work, and serves no one but the LP’s and their desire for monopoly. The same style LP based model was just rejected in Ohio, and it will be rejected in Canada because it is unworkable and restricts our personal right to choose for ourselves what medicine we put into our bodies and who makes and controls that medicine.

Today, the battle rages on Vancouver Island, at a time when local government should be working with compassion clubs to change the landscape by supporting local business and growing the local economy but instead this municipal government chooses to support American corporations continued rape of our country’s resources. It seems like time for a change in Nanaimo’s municipal government and with the full might of local cannabis activists behind it, that change is a very achievable goal.

Dean Schwind is a two time cancer survivor, long time commercial and medical marijuana grower, teacher, writer, musician, radio host, activist and operations manager at Phoenix Pain Management Society. A proud former staff member of the Cannabis Buyers Club of Canada, he has fought on the front lines for the end of prohibition through his alter ego Sticky Kola and the infamous BC band King Bong. Raising money, changing perceptions, and generally freaking the public in an effort to help sick people gain access to the benefits of medical marijuana.

By Owen Smith While working at the Victoria Cannabis Buyers Club I was able to teach some of the members about Black Pepper. While benefiting from the medicinal effects of THC, these patients suffered from bouts with anxiety while medicating. Most patients who have tried this simply took a few sniffs of the black pepper to receive an […]

After Prohibition We Will Still Need Cannabis Activists:  Lessons From Colorado

We once had alcohol prohibition in North America.  The arguments that promoted it are depressingly similar to those that maintain cannabis prohibition today.   Both revolve around the notion that mind-altering plants harm children and families.  But there, as they say, the similarity ends.  Alcohol prohibition, for all its faults, was attended by widespread public dialogue.  Moreover, it didn’t last long.  Within half a generation, it was over and […]