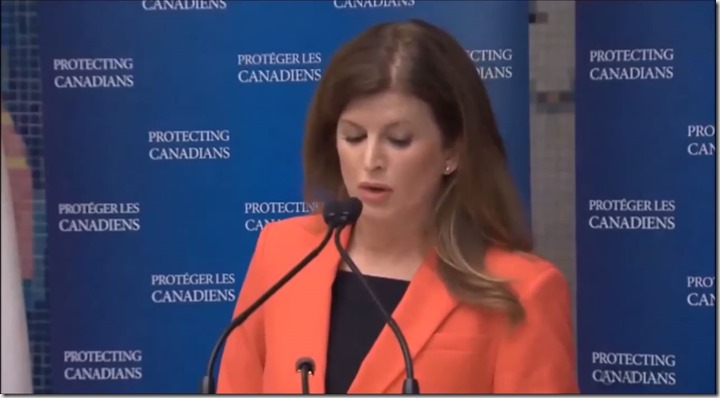 After reading this Globe and Mail op-ed, it is clear to me that this journalist has not done their medical cannabis history homework. The Harper Government did not make the initial decision that medicinal cannabis users could only smoke cannabis; rather they have upheld the status quo. The Harper government has continually chosen not to listen to patients or do anything to amend the law for patients who need alternate ways to administer their medicine.

The program through Health Canada was started as an Exemption Under Section 56 of The Controlled Drugs and Substances Act, which was brought into effect by Health Minister Alan Rock and the Chrétien Liberals in the 1990’s. What The Harper Government has done is systematically dismantle the program bit by bit, changing certain aspects of it and giving it fancy new names. But they were not even the ones who initially started to change the program. The Liberal government under Paul Martin started to demolish the program in the early 2000’s and the Conservatives have continued that trend.

The Harper Government succeeded in taking away our right to grow our own medicine and our right to have someone grow for us. With the advent of the MMPR, patients must buy their cannabis from a Health Canada Licensed Producer. It is no longer an affordable option for the majority of patients who are using this program, as the price of cannabis purchased from licensed producers has become highly inflated. Often the government authorized producers run out of cannabis within an hour or two of making a certain strain available, thus it has become extremely difficult for patients who are suffering to obtain a high quality and reliable source of cannabis.

I question the legitimacy of the MMPR and it’s licensed production facilities – the government has decided to award these multi-million dollar companies with the right to grow cannabis and sell it to patients. Is that not a message of “normalizing” cannabis as a “legitimate” medicine? What is in it for the Harper Government? Why take away our right to grow in the first place? How can the Health Minister be “outraged” at the Supreme Court’s decision when she is in charge of the program that licenses these companies to grow and subsequently distribute cannabis to patients across the country? How can she say that there is no proof it works as a medicine when her ministry hands out licenses for citizens of Canada to use this medicine? It’s nonsensical.

I was granted a Section 56 exemption 15 years ago, thus I was grandfathered into subsequent programs. Just before the MMPR came into effect, it was time for a renewal of my license. I filled out the forms with my doctor as I always had. Nothing had changed in my documentation or doctors who had supported my use of cannabis for chronic pain. I was denied. As I realized what was happening with the MMPR coming into effect I chose not to try to appeal that decision. Having an MMPR designation is more trouble than it’s worth. I do not want to be forced into buying cannabis from a licensed producer. The Victoria Cannabis Buyers Club is doing more than enough research and product development to meet my needs. The licensed producers aren’t even close to producing extracts and derivatives.

The Harper Government has succeeded in perpetuating prohibition, taking away patients rights, making it increasingly difficult to obtain high quality medicine, and criminalizing patients like me. The message that I get from our government is, you’re damned if you do and you’re damned if you don’t. Even though I am no longer licensed, the victory last week of #RvSmith means so much to me. It means that this government is being held accountable to its citizens and to patients who are suffering. It will be interesting to see how the government chooses to move forward.

Watch this Remix of Rona Ambrose Outrage by Owen Smith

Feds’ New Cell Phone Spying Device Raising Privacy Concerns   By Clarence Walker Blocked by a Supreme Court decision from using GPS tracking devices without a warrant, federal investigators and other law enforcement agencies are turning to a new, more powerful and more threatening technology in their bid to spy more freely on those they […]