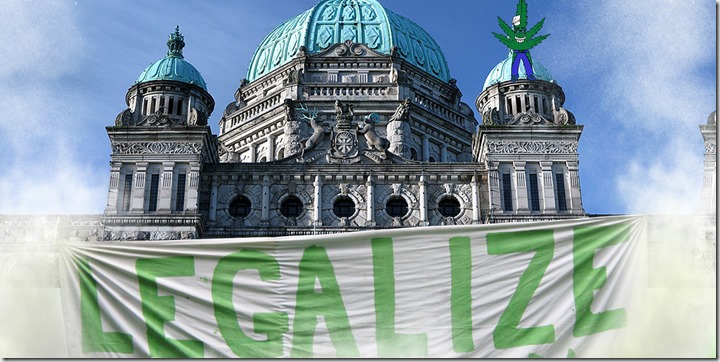 Since moving to Victoria to be a cannabis activist in 1995, I have endeavored to pressure the city council into supporting the use of cannabis as medicine in all sorts of ways.  This constant interaction has yielded many rewards, along with a few disappointments, helping to establish Victoria as one of the most cannabis-friendly cities in the country.  While many dismiss municipal politics as irrelevant when it comes to federal cannabis laws, they may reconsider after learning about my experiences.

When I first arrived I learned it was easy to get an opportunity to speak to council at a public meeting and signed up to tell them about International Medical Marijuana Day.  The following year I showed them cannabis salve and told them I had started the Victoria Cannabis Buyers Club to provide cannabis products to patients.  Each year since, I have made an annual address to council.  In fact tomorrow night, Thurs March 12, 2015, I will make another five minute speech to the city council, devoting most of the time to our case going to the Supreme Court of Canada.

International Medical Marijuana Day is now celebrated on March 17.  This year it will simply be a press conference at 11 am at the VCBC, followed by the conclusion of the silent art auction at 4:20 pm.  All proceeds go to the club for court costs associated with Owen Smith`s trial, which will finally end three days later in the Supreme Court of Canada. 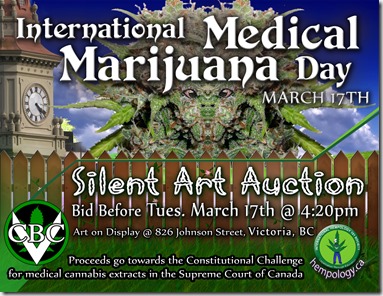 When the Victoria police started raiding the VCBC in 2002, many of us attended city council meetings in an attempt to gain their assistance in our fight with the federal government.  The club was raided in Jan, March, and June 2002, then once again in Feb 2003.  If I recall correctly, I attended every single council meeting to speak for almost 3 years, bombarding them politely with information and learning about city politics.

One of the useful things I learned was how to get a proclamation.  Starting in 2002, I was able to get the city of Victoria to officially declare a day as International Medical Marijuana Day.  While this is only a proclamation in symbology, it has helped give many hope that our governments will learn to work with us rather than treat us like dirt.  This year will be no exception.

Another symbolic gesture the council was willing to make was in the spring of 2002 when they stated that medical cannabis should be the lowest priority for police.  While it certainly was not binding, it did gain the media’s attention as it was the first city in the country to do anything like that formally.

After the June 2002 raid, I felt desperate so I ran for mayor.  This gave me an opportunity to learn a lot more about the city, as I attended every public speaking event possible, many in venues I had never seen before.  This gave citizens a chance to meet me and hear me speak to issues other than drug laws.  It was also a great chance to get to know many politicians, successful or otherwise, something that continues to pay off to this day.

When I was speaking to council on a regular basis I convinced them to ask an official from Health Canada to come and explain the programs.  After ignoring the city for as long as possible, someone was finally sent from Ottawa to answer questions.  However, the official refused to meet with any politicians, including Mayor Alan Lowe, instead meeting with police and health authorities.  The presentation was simply a review of material on the Health Canada website.  The mayor and council were so distraught with the federal government that they wrote the attached letter, ironically sent March 20, 2006, condemning Health Canada’s program as inadequate and needing serious review.

Since getting Victoria City Council to question the effectiveness of the federal government`s medical cannabis program there has been little reason to ask for more, aside from the annual proclamation.  The club storefront has not been raided in well over a decade and it appears local authorities are now willing to tolerate the existence of several clubs.  With one of the most open-minded city councils ever elected, Victoria is poised to become one of the countries leaders in tolerance and compassion towards cannabis users. 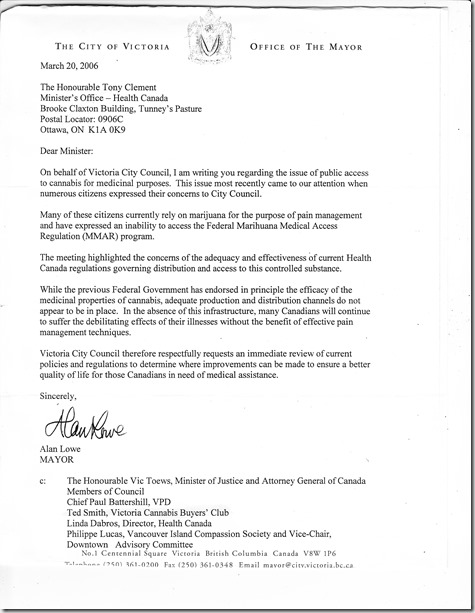 By Owen Smith Through failed attempts to manipulate cannabinoids or their partner receptor system in our body, pharmaceutical companies have learned some valuable lessons about the whole plant synergy of cannabis medicine. The complex chemistry of the cannabis plant is intimately connected to the complex processes and transformations that occur in our bodies’ endocannabinoid system […]

How to Start a University Club

Get involved and grow Hempology 101 By Steven Faryna I’m going to be writing about the why’s and how’s of starting a cannabis oriented university or college club. Apart from giving you the basic information on what you will need to do, I also hope to convince you of the great experiences that a school […]