Last year was the best year for cannabis activism that I have witnessed in my almost 2 decades in the field.  Indeed, the future has never looked brighter for cannabis, both in Canada and abroad.  As we work together to make 2015 even better, lets take a minute to reflect upon the advancements we have made, as they will set-up some of the big moves forward we expect in the future.

One of the most important developments of the last year was the successful injunction filed by lawyer John Conroy on behalf of many patients fighting to retain the gardens they could legally grow under the old Marijuana Medical Access Regulations.  This is a critical battle, for if patients cannot keep their gardens they will certainly suffer, and generations into the future may be forced to buy their medicine from large-scale licensed producers.  A full hearing will be held in Federal Court in Vancouver in March.

As of April 1, 2014, the new Marijuana for Medical Purposes Regulations came into effect, granting potentially hundreds of applicants licences to sell cannabis to patients.  Coming into 2014, Health Canada indicated they were preparing to open the medical cannabis market, predicting that by 2020 annual national sales could reach $1.4 billion.  However, soon after the national media started reporting these changes in March the door slammed virtually shut at Health Canada, with less than 2 dozen companies getting licenses before the government got cold feet.  There were over 1.000 applications to become an LP, the most serious applicant spending at least $1,000,000.   That is approximately $1 billion invested in medical cannabis in Canada in just over a year.  Much of that money appears to have been wasted, leaving many entrepreneurs and investors furious.

(Owen Smith’s supporters at the BC Court of Appeal)

In another critical court case, our very own Owen Smith won a split decision from the BC Court of Appeal.  Almost immediately the crown appealed, taking the case to the Supreme Court of Canada on March 20, 2015, the first medical cannabis case to reach the highest court in the land.  The feature article in the newspaper and Owen’s article cover the details.  We are confident lawyer Kirk Tousaw will continue to convince the nine judges to force Health Canada to allow the sale and use of cannabis extracts.

One of the biggest international cannabis stories was certainly the release of the notorious Marc Emery from the US, where he had spent over 4 years for selling seeds through the mail.  Looking younger than when he entered jail, Marc has travelled, with his glorious wife Jodie, to Europe three times this fall, as he has become a hero to many around the globe.  Everyone is keen to see what direction his career takes now that he is free and legalization seems around the corner.

Speaking of legalization and Jodie Emery, in Canada we have seen the first national political party endorse legalization, though the details are sketchy at this point.  Last year Justin Trudeau, leader of the Liberals, told a high school crowd that he supported legalization after he was asked a question by a student.  This became national news and slowly the party is accepting this as part of their political strategy, even though it is unsure exactly what they mean by tax and regulate.  However, in an attempt to force this issue, the executive of the Liberals in the downtown eastside of Vancouver contacted Jodie to run for the party.  With Libby Davies recently stepping down and support for the NDP drifting, there is a very good chance she will become the next MP for that riding.

(Jodie Emery wearing the shall Gayle knitted for her)

South of the border unprecedented changes were happening, too.  Legal cannabis sales began in January in Colorado, following by Washington State a few months later, spawning a fury of news reports about the taxes that those states are making.  By the end of the year, Alaska and Oregon also voted to legalize cannabis, setting the stage for future votes in other states.  Meanwhile, many signals from the US federal government indicate a shift in policy, in particular towards states with medical cannabis or recreational laws in place.  Polls show an increasing desire across the entire country to regulate and tax.

Of course, the biggest news of the year was my cameo appearance in the blockbuster film, Kid Cannabis.  Ok, it might not have been big news for you, but it was huge to me.  Being able to play myself in my club selling herb in a Hollywood movie was something I never even dreamed possible, so the fact they did not give me credit or pay me does not bug me too much. 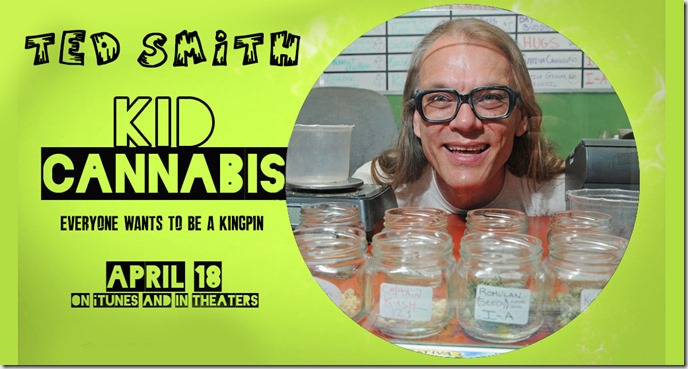 With so much positive news it is hard to imagine prohibition standing much longer.  However, the battle is far from over.  Steve Harper and the Conservatives are very dangerous and have a very good chance of retaining power in Ottawa after the election this year.  Hopefully multiple factions across the country will band together to remove them from office.  Courts are also very fickle, and a bad decision or two could seriously set the movement back.

If you are reading this wondering if now is the time to get more serious about the cannabis industry, then stop wondering right now.  There has never been a more exciting, more adventurous, more prosperous time to get involved in the cannabis movement.  With so much happening, there are careers opening up in areas we never even dreamed of before.  Join us in the next year as we make magic happen. 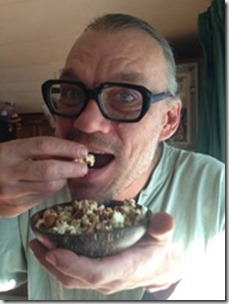 Digest Admin·November 3, 2014
There are no comments yet No comments