Deprecated: The $control_id argument is deprecated since version 3.5.0! in /home/oq5ayjaeetjt/public_html/wp-content/plugins/elementor/modules/dev-tools/deprecation.php on line 304
 Allow Vaping Here - Cannabis Digest
Skip to content

There used to be a movie theatre in Victoria that allowed people to smoke cannabis while they sat, laughed and ate lots of popcorn. People used to smoke cigarettes in restaurants and on airplanes. In recent decades, our awareness of the hazards of smoking has increased and governments have implemented strict regulations on where people can smoke and how it can be advertised. Smoking cannabis, while not proven to cause the same serious health problems, shares the same physical qualities of smoke. It floats around and sticks to things, it’s smelly and it contains the known detrimental products of combusted plant material. 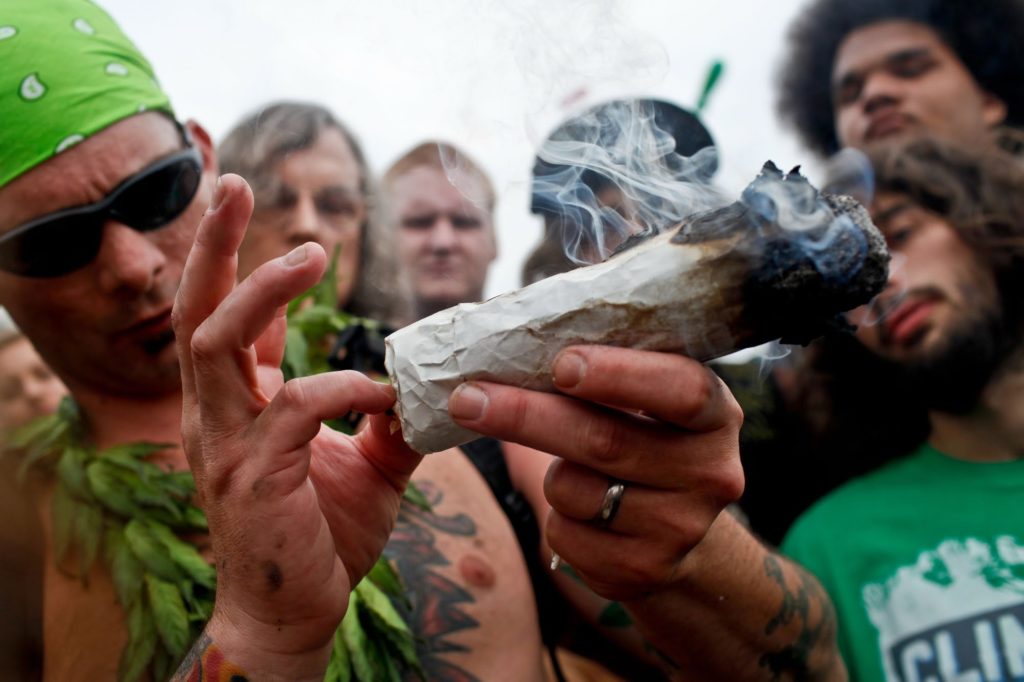 The legalization of cannabis has the media and many observers concerned that this drastic off/on switch in policy will increase the general consumption of smoke. The narratives of prohibition that have placed images of young people smoking big doobies in the foreground could now be seen as the suggestive memes that our new sensible approach should seek to replace. A campaign to encourage safer cannabis use should be friendly to the idea of vaping.

Medicinal cannabis users seeking immediate short term relief of acute symptoms have been rightfully encouraged by Health Canada to explore the range of available vaporizer technologies. Fine tuning temperature with a vaporizer can reduce up to 80% loss of cannabinoid content from the burning ember at the end of a cannabis cigarette. After vaping, many soak their dried brown plant material in oil to draw out the remaining cannabinoids for oral consumption. When you eat cannabis, you need to inhale less often. 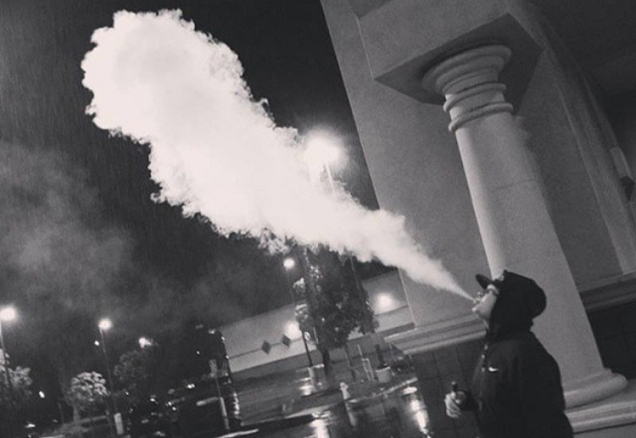 on-cannabis vaping has spiked in popularity over the past decade. The parts of the population that enjoy blowing huge white clouds, appreciating tasty flavours and those endeavoring to quit smoking cigarettes have all begun to choose vaping over smoking. By both combating cigarette smoking and providing direction for legalized cannabis consumption, vaping creates a middle ground that is already becoming of interest to herbalists and essential oils experts.

The complimentary effects of essential oils can help to guide the cannabis users experience. Oils with known stimulating or sedative effects are often found in varying amounts in different cultivars of cannabis. Terpene profiles of cannabis cultivars can provide greater insite into some of the subtle effects that users may experience. Extract makers have begun producing ‘distillate’, a highly concentrated, very sticky cannabinoid substance that is colorless and flavorless. Creators are re-introducing essential oils to suit their taste buds and guide their high. I tried a dab of cherry flavor distillate that tasted a lot like Shisha. 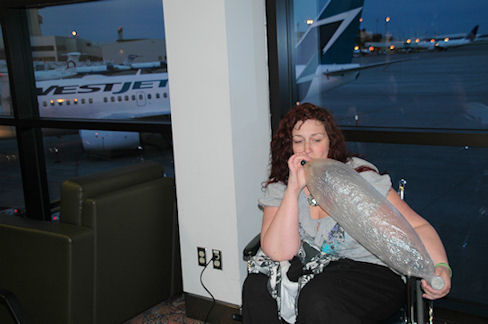 Medical cannabis patients in need of relief have brought this issue to the attention of various areas of society. Lisa Kirkman may have been the first to vape on a plane when WestJet permitted her to medicate with her smoke-free device mid-flight. The airline since changed their policy due to disallow vaping due to the heat generated within the device. Lisa’s son was the first child to be permitted to use his walkkie talkie sized vape at his Calgary high school. Lisa now runs one of calgary’s only vapor lounges in the basement of her large rasta coloured house.

Ted Smith has written at length about the importance to medicinal users of vaporizing at the Victoria Cannabis Buyers Clubs member lounge. The VCBC lounge has always been an essential refuge for those whose medicinal cannabis use is not permitted in their residence and cannot idly smoke in public without severe anxiety. The lounge used to be a small L shaped closet space that could fit 5 or 6 people with an exhaust fan pumping the smoke into the back alley. When I was working at the VCBC I was privileged to lay one of the first strips of wood flooring (and sign my name to it) at the expanded VCBC vapor lounge that now suits around a dozen people with a much more advanced ventilation system.

More than a refuge, vapor rooms become a community hub for the sharing of information about cannabis use, the diffusion of it’s cultural stigma and the building of meaningful personal relationships. It’s common to see people of different generations engage in dynamic exchanges that range from political history to vaping technologies. By providing high quality vaporizers like the Volcano Medic, the vapor lounge presents many people with their first opportunity to try this new and safer way to inhale cannabis.

I recently visited three ‘TerpCity’ vapor lounges, one in downtown Victoria, one in Ganges on SaltSpring Island and one in Chemainus. The lounges are tastefully adorned with locally crafted woodwork and equipped with a variety of vapor gear and cannabis infused cocktails that are served over the bar. The move away from cannabis consumption by way of smoking may become even more normal when the measured milligrams of cannabinoid are stirred into a fruity drink.

Supervised cannabis consumption offers a host of benefits to new unexperienced cannabis consumers. Creating licenses for vaping to occur would help direct the undesired negative effects of over-consumption and provide an avenue for consumers to learn healthy limits. Places where vaping is allowed should provide information to educate their patrons about the best consumption practices.

Places where cannabis use is already common such as movie theatres, music concerts and gamer conventions would all benefit from a relationship with a vapor lounge. Providing patrons a pre and post event venue to privately get ‘lit’ together would surely please their neighbors

Vapor rooms were a topic on the edge of the Victoria City Councils precipice of acceptance in their new cannabis business licencing byLaws. City councilor Marianne Alto stated to council, “I think that managing on-site consumption will help us manage public use and will also help us manage unwilling exposure.”

Likewise, city councilor Jeremy Loveday stated that, “They need a safe place to do it. That’s one example why having a safe space for people to consume their medicine, if they legitimately need it, makes sense. They shouldn’t be forced out into the street.” These considerations were only made in the context of non-profit society’s and the council indicated that they would not apply the same liberty to for-profit businesses.

The Green Ceiling, situated as part of Victoria’s ‘Great Canadian Canna Mall’ has received numerous fines and letters from the local government. Similarly, Victoria’s TerpCity Lounge on douglas street has received thousands of dollars in fines. The by-law states:

Legalization hopes to show us that prohibition is not the only solution to steer our available avenues for medicine and pleasure in healthier directions. The permission for vaping in a legal regime is in alignment with the interests of public health and the populations desire to explore the people’s fascination with this fabulous plant. If cannabis consumers are encouraged to eat, drink and vape their way to satisfaction, the safer choice to consumer cannabis over alcohol can become safer still.

I imagine that one day there will be cannabis pubs serving local craft flowers, extracts and infused drinks. I imagine young and old sitting together to discuss the trials and tribulations of life over mango lassi’s and Ganja Colada’s on a sunny patio deck. I imagine a little old lady watching the wisps of blueberry scented vapor spin into thin air wondering how this was ever illegal.

By Ted Smith This spring I had the pleasure of spending an afternoon on a tractor helping Blake Hunter plant hemp seeds on Vancouver Island.  His family has been growing hemp in Saskatchewan since 2006 when he started his company, Good Seed Hemp.  Though my family has been farming in Canada for 7 generations on […]