Recently, during a cross country air plane trip I had an experience that resonated in a way as to help me have an epiphany regarding the practice of activism.

Trapped on a plane for five plus hours is never an easy thing, what with the shortness of space in economy class were lowly writers such as I travel it’s not hard to get into an uncomfortable row mate situation. Luckily, for me on this trip, I was traveling with my 20 year old son, and as we are both largish guys I arranged to split the row with him at the window and me in the isle seat. We gambled that our flight to Vancouver would not be too packed and we may get some additional room for the five hours ahead of us through an empty middle seat. As fate would have it that would not be the case, and soon we had a pleasant mid thirty’s lady politely asking to slide in between us into that empty seat. After some small talk it became apparent to our new row mate that the boy and I were related which seemed to ease the slight tension one may feel when faced with the idea of being trapped by travel into spending an unusual amount of time in a strangers personal space.

Prisoners of travel make bonds quickly in my experience, and our rows conversation was lively and interesting while we exchanged information to pass the time and get a handle on each other. We soon discovered that we could be of help to our new friend and offered information to get her to her destination hours in advance of her expected arrival time. A family funeral was her mission and she needed to get where we lived on the island in order to complete it. After a shared taxi and some laughs, later we were seated on a ferry enjoying a meal and what had warmed into a very friendly situation.

The very nature of our seemingly random meeting would reveal itself to me to be an opportunity to understand what we actually take away with us as activists, how we benefit from the mindset created by activism. The universe identified a need and met the need. The lady needed to get exactly were we lived from thousands of kilometers away and she got there. We needed a friendly row mate and a way to pass the time. We all got a memory.  In a flash of revelation I knew that opportunities to be activists in life appear all around us everyday, identifying those opportunities and seizing them readily comes with an open awake mind. A once open mind doesn’t close, recognition of truth and fairness doesn’t go away once learned and practiced by us monkeys. Finally, and most importantly, an open awake healthy compassionate mind is never better achieved in us modern men and women than through social activism.

Lets think about this for a second and take a good hard look at the nature of activism and how it actually has the power to change the world. Don’t let the right wing corporate criminals sell you the myth about the ineffectiveness of activism. Don’t let them sell you the idea that you’re a bunch of stoned hippies spinning pipe dreams. Don’t let them put time frames on change and declare defeat or denial of what you know is true. But most of all don’t let them tell you that activism does not work, because that’s a straight up lie.

Distilled down to its base motivation any activist act is committed in order to change perception. Whether it is a large protest against climate change, a quiet fight for sick people to have access to medical marijuana, or a word in your supermarket managers ear about organic fair price veggies, every time you stand up and express your thoughts against the status quo is an attempt to change perception. The simple beautiful truth of this fact is supported right now, at this specific point in time, by  governments around the globe legalizing marijuana. Although there have been strides in the last 20 years understanding cannabis and all its positive qualities, the average Jane does not know much more actual fact about weed than they did in the 1970’s. So, why the sudden and dramatic shift in the policies of states and cities around the world. Surely it’s not all economic? It seems anti climactic and boring that in the end the greed freed the weed. 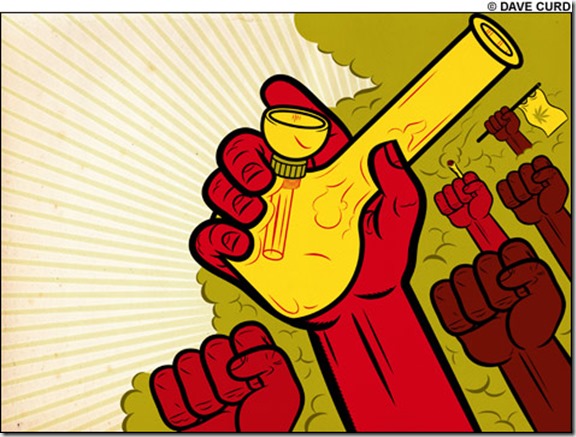 Perception shift frees the weed and continues to change all things in our society. We created the shift because of what we do every day of our lives. All those ideas we had to create the change worked and are working now. I’m not talking about the obvious grand gestures like protests, or the jail time some of us veterans have endured for the cause. Not about the ruined reputations, and broken families created by the drug war. I’m talking about changing everyday perceptions through everyday actions, by being a person who pays their mortgage, loves their children, votes, and works for a better world. A responsible member of society who also uses cannabis. Cheech and Chong, Harold and Kumar, the cast of That 70’s Show, and many other stoner anti hero’s are story lines created by stoner’s for stoner’s and all of them are stoned successful people, positive perception changing persona’s.

I’m old enough to remember the 1960s racial protests in the US. I grew up in So Cal during the first Watts riots and I knew a time when my parents mixed race couple friends were unusual, even risque. When statements like, “If my daughter ever brought home one of them”, were common and not spoken in a hushed ashamed kind of a way. While we still have a long way to go to achieve true racial equality, a mere 25 years later my mixed race couple friends of the 1980’s were not unusual, in fact rather common and even boring. I’m not saying the bloody protest marches and the efforts of leaders like Dr King did not make change, but the follow through of living well through that change has shifted the perceptions of millions people. It’s hard to hate Jerry and Kim next door because they are a mixed race couple when they have the same living room set, and Jerry’s boss is a bigger jerk than yours.

Awakening Gay activists in the 1970’s envisioned a world were same sex marriage could be possible and is another example of activism working through living the change we create. From a time when society commonly scorned homosexuals and disowned family members because of sexual preference to a time some 30 years on were same sex couples make up an ever increasing component of the working class and having two mom’s or two dad’s is so common place and acceptable as to have almost no meaning to the children who conservatives asserted would suffer from the evils of exposure to same sex union. It’s hard to hate Gary and Jerry next door because the are a gay couple when they drive the same colour Prius and Gary makes the most amazing Moussaka ever. 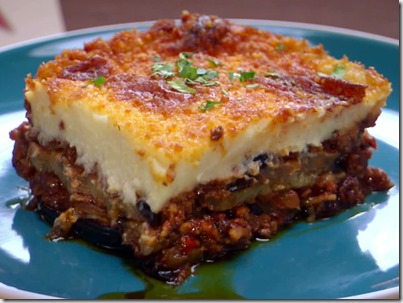 Perception changes everything and we change perception. It seems a simple formula to me, the proof is in the yummy activist pudding my friends. Racial equality, gay rights, and cannabis reform are three major social concepts that have shifted 180 degrees in perception during the course of my lifetime. I don’t know about you but I actually have several gay, black, stoner, activist friends. Check the scoreboard, activism is winning. Activist thinking has taken deep hold in our social mind set and the change is powerful and smells like real freedom to me. Corporate truth and control are on the run, they don’t have all the money and power  any more. Stoner’s do, gay people do, minorities do, women do, active, informed, concerned humans have all the true power, and we have a very different idea about truth and fairness and the offensive concept that a corporation is a person with rights. The corporate criminals have but one strategy and it is one of bamboozlement. Lack of personal control over our world is all a corporate-politico smoke screen that cheats you and I into believing we are powerless.

Activism is winning a larger cultural war in western society despite the smoke and noise of the battle sometimes obscuring our vision. Corporate media does not have complete control of the flow of information anymore. An uncontrolled Internet changes perception constantly through the flow of free information and it cannot be staunched now. We all effect change through our everyday actions, every choice we make is an activist choice and some benefits of activism are simple freedom and equality.

Activist opportunity abounds and your already participating in it in some way or another whether you are fully aware of it or not. Eating organic, accepting your neighbors, composting your waste, are simple forms of activism that you likely do every day. I’m not saying you shouldn’t do more if your able, but you should recognize your success so as not to be bamboozled into thinking that however your participating is not working. The benefits of activism are a voice in the future, personal control, participation in society, and a better healthier world for your children. The benefits of activism are a clear mind and a strong will, two true forces that change the world all the time.

Dean Schwind is a two time cancer survivor, long time commercial and medical marijuana grower, teacher, writer, musician, radio host, and activist. A proud former staff member of the Cannabis Buyers Club of Canada, he has fought on the front lines for the end of prohibition through his alter ego Sticky Kola and the infamous BC band King Bong. Raising money, changing perceptions, and generally freaking the public in an effort to help sick people gain access to the benefits of medical marijuana.