Deprecated: The $control_id argument is deprecated since version 3.5.0! in /home/oq5ayjaeetjt/public_html/wp-content/plugins/elementor/modules/dev-tools/deprecation.php on line 304
 Extracts on Trial: Health Canada Vs. Science - Cannabis Digest
Skip to content

For four weeks in February of 2012 I witnessed the demystification of Health Canada’s arguments against cannabis extracts in the Supreme Court of British Columbia. The main showdown in this constitutional battle was between two scientific wizards, where the struggle for truth finally loosened this healing plant from governments’ steely grip.

Two years earlier I had been caught in the act of making cookies, lozenges, gel caps, and massage oils with cannabis infused vegetable oils. These products were intended for the members of the CBC of C, but they never made it and many patients had a sleepless night without medication, wondering if they’d ever get their medicine from the club again. However, as with previous raids, we re-opened the bakery the following day.

It has taken many hard fought court battles to establish a medical cannabis system as a constitutional right in Canada. These four weeks were our opportunity to challenge the scientific validity of the current marihuana laws and make available, to those with a government license, medically suitable methods of ingestion alternative to inhalation, specifically oral and topical. For this we would need a hero, a true expert in cannabis science who would be an irrefutable authority exposing the faults in our understanding as well as Health Canada’s. We knew the truth would set this plant free. 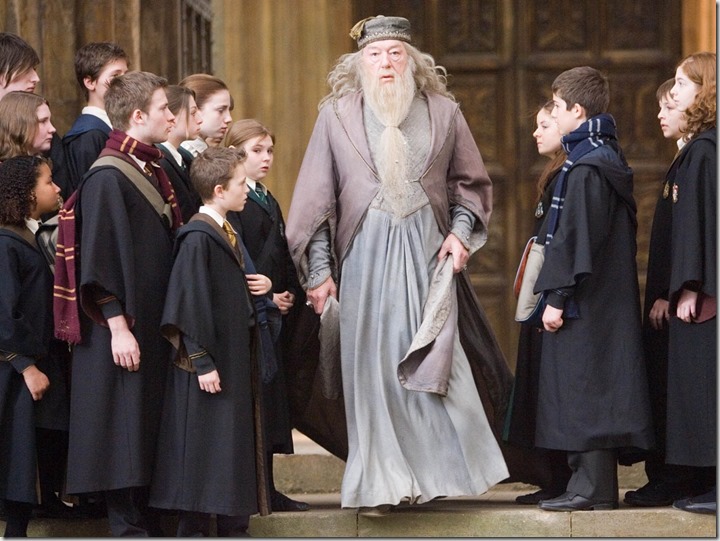 (Dr.  David Pate resembled Dumbledore from Harry Potter, surrounded by lawyers who looked like these kids)

Dr. Pate’s extensive experience with laboratory research involves the “upstream” development of products with medical potential. Upstream development takes feedback from the patient and attempts to find evidence to support or refute the claims being made. For example, when a number of patients tell there doctor that a topical cannabis product is working for them, that product could then become the basis for laboratory research. Dr. Pate has conducted many laboratory studies that support the claims for medical cannabis and helped G.W. Pharmaceuticals develop the recently introduced oromucosal cannabis spray Sativex which succeeded laboratory testing and passed clinical trials.

Dr. Abramovici continually expressed the need for “downstream” clinical trials for cannabis safety in the general population. Downstream development moves from producer to patient, involving human trials in clinical settings of substances that have shown success in “upstream” laboratory testing. Abramovici confirmed that the government has stopped all research into medical cannabis, and drug companies are the only groups with the resources to perform them. To complete the catch-22, Abramovici accused GW pharmaceuticals of having a bias and deemed the clinical studies they completed, with Dr. Pate’s assistance, scientifically invalid. 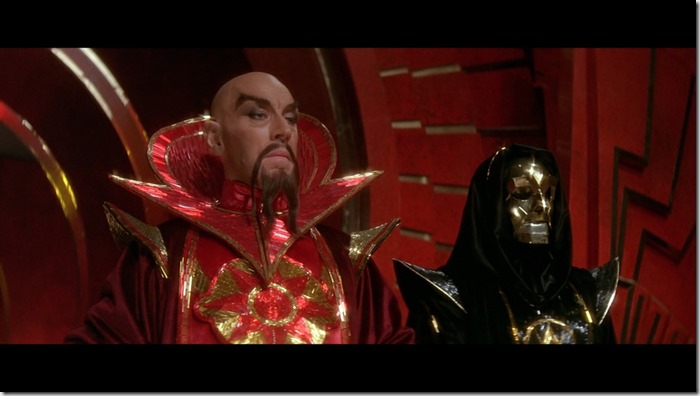 Dr. Abramovici’s testimony was marked by stark contradictions in opinion. Where at first he suggested that topically administered cannabis can cause “detectable levels” of THC in the blood stream (thus causing psycho-activity), he later claimed that there is no evidence that it is an effective method of delivering those same cannabinoids into the bloodstream. Ironically, a study from Abramovici and Health Canada’s own information for health care professionals provided some clarity on the matter.

Studies measuring the nanogram per millilitre of THC in the bloodstream have shown that anywhere in the range of 7-29ng/mL is enough to produce the subjective “high” effect. (source) A study on trans-dermal cannabinoid delivery found that after an hour and a half exposure blood plasma levels reached only 4.4ng/mL. This evidence supports the testimony of patients who find benefit from topical cannabis but experience no ‘high’. The consumption of a chocolate cookie containing 20 mg THC resulted in peak plasma THC concentrations ranging from 4.4 to 11 ng/mL, (source) barely passing into the psychoactive range. Studies on very weak cannabis (1.6% THC) when smoked resulted in mean peak THC blood plasma levels of 77 ng/mL, (source) approximately 10 times that of eating a cookie, and 20 times the topical administration. 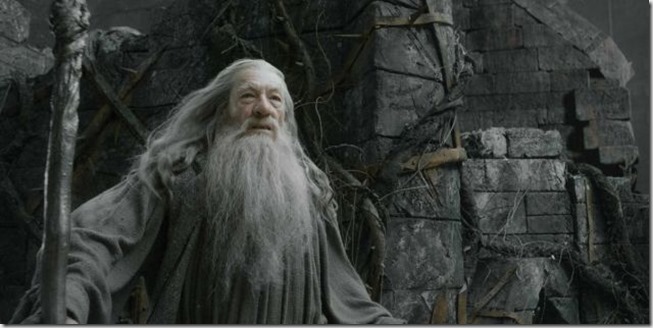 (“Your shoddy science shall not pass”)

Dr. Pate, through his expertise in pharmacodynamiks, the study of the action or effect of drugs on living organisms, explained that because topical cannabis only minimally passes through the skin into the bloodstream doesn’t mean it’s ineffective. Cannabinoid ligands, like THC, bind to specific receptor sites in our bodies. CB1 and CB2 receptors have been located in nerve fibres of the skin, skin cells (keratinocytes), cells of the hair follicles, sweat glands, and other cells present in the skin. “Abundant distribution of cannabinoid receptors on skin nerve fibers and mast cells provides implications for an anti-inflammatory, anti-nociceptive action of cannabinoid receptor agonists.” (source)

Dr. Abramovici shared his expertise in pharmacokinetics, the study of how drugs are absorbed, distributed, metabolized, and eliminated by the body. He emphasized that oral doses are absorbed slowly, creating a longer period before one feels the effects and opined that this would make it harder for individuals to self-moderate their doses. In his literary review, Abramovici states that smoking is preferred over oral because the psychotropic effect or “high” occurs more quickly. Abramovici disregards that many patients use cannabis to help them to sleep, during which slow release is more logical than waking up once an hour to re-dose by inhalation. 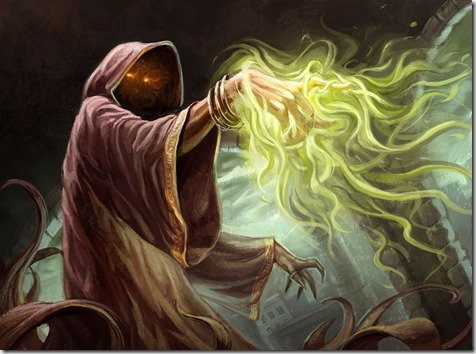 (“this plant is untested, choose a pharmaceutical regimen or choose oblivion”)

Abramovici held that without placebo controlled clinical trials there is no evidence that cannabis taken orally is safe or even works at all. He suggested that oral cannabis undergoing first pass metabolism on its way to the colon breaks down so significantly that it is ineffective. The crown suggested that to avoid this loss of medicinal content patients should grind their cannabis, wrap it up, and insert it in their rectum. While this is technically accurate, it’s insensitive to the point of absurdity. He was loathe to accept that cannabis has any proven medical application, challenging Dr. Pates use of the word “therapeutic”. He stuck closely to his script, dodging with “I don’t know” or “I guess” when pressed for answers.

He denied that anecdotal and laboratory research qualifies as scientific evidence wherever it supports cannabis’ safe profile, yet suggested the same kinds of research where a risk or harm was found. His only experience working with cannabis is in preparing the Health Canada document information for health care professionals, which is a literary review composed entirely of anecdotal and laboratory studies. Beyond the hypocrisy in his testimony, Health Canada’s senior scientific information officers’ bias appeared altogether unchallenged when it was revealed through a clever line of questioning his superior at Health Canada had actually written his conclusions! 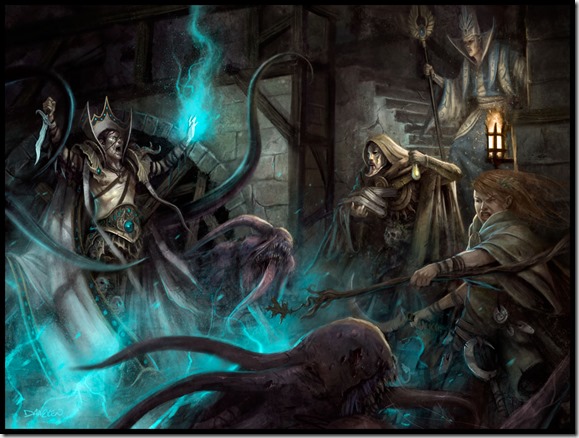 Backpeddling, the crowns’ final argument was that there would be no problem with patients making edible products so long as the leaf used remains with the liquid, so that an inspector could guarantee that the amounts being stored were within the personal use limits of an authorized person under the Marihuana Medical Access Regulations. This has the ridiculous implication of making people drink out of the teapot, as once it is poured into a teacup it becomes illegal. I doubt the Queen would approve of this suggestion by her council.

On friday the 13th of April, 2012, Justice Johnson agreed with us and found the law unconstitutional. Subsequent to his decision, patients in BC have been able to lawfully produce derivative cannabis products from their quantities of dried marijuana. The decision was met by a statement from the B.C. Chief Medical Officer, Dr. Perry Kendall: “By consuming cannabis in these ways, patients are able to avoid the negative health effects of smoking, which we know to be harmful to the lungs.” It is now over 2 years later and patients across Canada await the decision of the BC Court of Appeal, so that they too can make a preparation that better suits their medical condition.

Counselling and Cannabis: Musings on an Interview with James Kerr

Picture this. You are a friend of cannabis. You are you in the midst of a crisis. Maybe you’ve lost your job, or your relationship. Everything seems to be falling apart. You think you could use some counselling. Who do you call? From what I can tell: hardly anyone. In fact, you could have a […]

Russell Barth For the past year, BuzzOn co-founder Wayne Robillard has been hearing wild rumours about himself. People email him, call him, and talk to him in person, telling him that they had heard he was arrested, that BuzzOn had been raided, and worse. None of which was true, of course, but Ottawa, like many […]

When I was asked to consider if I would contribute a regular Blog for Cannabis Digest – to be honest, I was shocked. Then honored and humbled. (lol) I do not find writing necessarily my strong suit. Drawing is and it is also what I love to do most. I started a Blog on […]