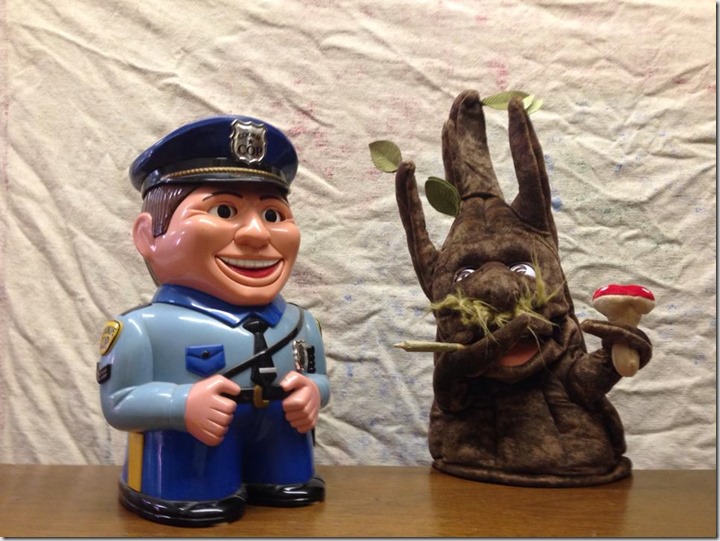 In a recent report, Statistics Canada has revealed numbers that show law enforcement is failing to catch cannabis suppliers, while they continue to focus on the easy prey, pot smokers.  Last year police arrested 1% more citizens for possessing cannabis than they did in 2012.  However, in the same time period there was a 10% decrease in the number of police reports for trafficking or producing cannabis.  It does not add up to good public policy.

The report contains several statistics that counter the Conservative government’s claims that crime is a problem in Canada.  The traditional crime rate fell a whopping 8% in just one year and is now as low as it was in 1969. The police reported Crime Severity Index (which measures the volume and severity of crimes) fell 9%, the 10th consecutive year in a row it fell, coming down 36% from where it was when the downward trend started.

Not surprisingly, the spin the Conservatives put upon this is that their policies are working!  “We are encouraged by the decline in trafficking, production and importation charges,” said Mary Ann Dewey-Plante, the director of communications for Justice Minister Peter MacKay. “We have been clear all along that our justice measures target the traffickers of drugs – those who sell drugs to children and who deliberately exploit the addictions of others for personal profit.”

A total of 58,965 people were arrested for cannabis possession in 2013.  It seems without fail every year the number of people charged with possession increases, even though many people share stories of the police being lenient and not pressing charges.  In the last 10 years, police have arrested 28% more people for possessing, during a time period where almost every other crime is going down.

Pot smokers are easy prey for police.  We smell.  We are generally very cooperative and non-threatening.  We have lots of paraphernalia like bongs, pipes and papers that are easy to spot.  Some of us even wear t-shirts with big pot leafs on the front. 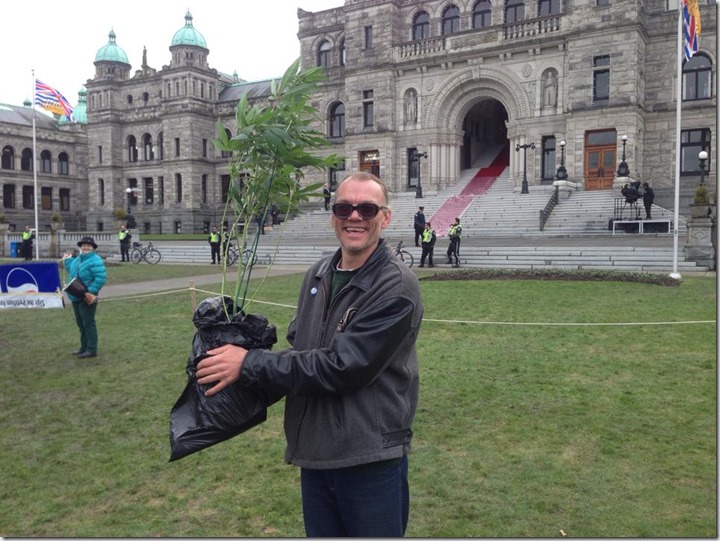 Many are becoming more confident in using cannabis in public or at private social gatherings.  That means more of us are carrying herb around, whereas before one would be very careful not to have any in their car or anywhere one could get caught with it.  Public acceptance of cannabis has eased the fear of transporting and smoking cannabis but that has only made us easy pickings for eager police officers.

Then there are the 14,308 police reports for trafficking or production, down 10% from 2012.  If cannabis use rates are slowly increasing, or at the very least stable, then this clearly indicates the police were not ready, willing and able to slow down the flow of the herb to the public.  The Conservative governmentès claims to target cannabis dealers and growers has clearly not been heard by the police.  In fact, over the past 10 years, the rate of charges for trafficking marijuana fell from 38 to 24 per 100,000 Canadians. The rate of production charges was cut more than a half and the rate of importation charges dropped more than 90 per cent.

Seriously, in the last 10 years possession charges have risen 28%, while trafficking and production have gone down 35%!   It seems the police are slowly giving up on cutting off the supply of cannabis to the general public and seem content to pick off an unfortunate few for possession rather than do the work necessary to charge someone with trafficking.  But there must be more to it than that.

Another important factor to consider is the increased use of cannabis as medicine.  The Health Canada regulations have protected 1,000s of Canadians from police harassment, so the number of people charged for possession should be going down, not up.  With more patients growing their own medicine, it appears police departments have become complacent when it comes to growers and cannabis dealers, unless complaints compel them to take action.

Whatever the reasons for these trends, it is hard for a reasonable person to deny how futile it is to continue to pour resources into a group of laws that the police are losing an interest in enforcing.  During a decade of increased cannabis use and growing public acceptance of cannabis use, statistics prove even the police are steadily losing an interest in pursuing cannabis growers and traffickers.  How much longer will our citizens tolerate our government throwing good money after bad, when it is very clear that legalizing it will generate substantial revenues with few negative impacts?

The Bad Last week the federal task force on legalization released its final report to the public, giving activists some pleasant surprises along with a few problems and disappointments.  In my first blog about it last week I focused on the positive, as the report contains so many good recommendations that I missed a few […]

by Ted Smith After decades of attempts by inventors around the world, George Schlichten announced the successful creation of a decorticator in the summer of 1917.  Just one year after the fact hemp hurds could be used for paper was discovered, this seemed to give hemp the boost it needed to retain its place as […]