Doctors against the Drug war 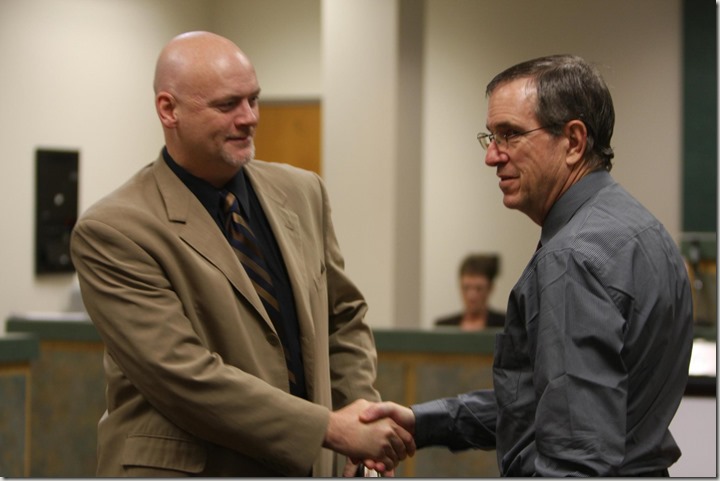 Cannabis Digest Blogger Dr. David Allen is a retired heart surgeon who moved to California after there medical cannabis referendum passed and started a medical office that recommended cannabis to patients. He left his fifty-acre property in Mississippi in the care of his sister and her husband. It was raided by the Jackson County narcotics task force, who found his brother in law in possession of a small amount of cannabis and hash. The task force then gave pictures of cannabis plants to the local news in an attempt to taint the jury pool by accusing the doctor of owning a cannabis production facility. Due to asset forfeiture laws in the U.S., persons under investigation are subject to the seizure of everything from their houses to their bank accounts. Dr. Allen spent 14 months in a Mississippi jail after being arrested while investigating the Jackson County Narcotics task force. (VIDEO) When he finally went to trial, a jury found him not guilty.

He was quoted in national news, saying, “Eat a bud a day to keep the stroke away.” (VIDEO) He has stated that by cleaning up oxygen free radicals and controlling inflammation, we could reduce incidences of stroke by a shocking 50 percent. Dr. Allen suggests this method as a preventative treatment, as strokes are difficult to recover from. It’s also a safer and healthier alternative to Aspirin.

Doctors like these are true heroes in this drug war. While under attack from U.S. federal authorities, they continue to stand beside science, reason, and their patients in the face of politics, law enforcement and the media. While the percentage is still small, the depth of these doctors’ influence on the direction of the cannabis culture is great. The lengths to which they can explain the details of this stigmatized plant, from their broad-reaching professional perspectives, is invaluable to its legitimacy and acceptance by society. 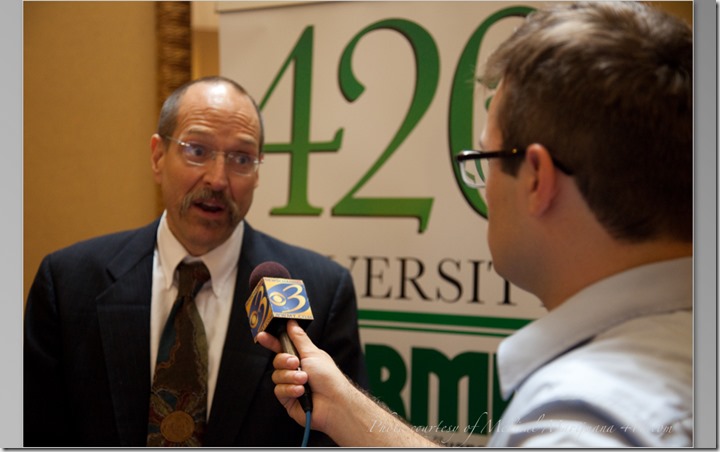 I happened to bump into Dr. Robert Melamede in the coffee shop at the end of my street one sunny Dec. morning in Victoria last year. He was visiting as a guest lecturer for Greenline Academy, who held their conference at the University of Victoria later that day. The $350 price tag deterred me from attending, but fortunately the full lecture by Dr. Melamede is available for free on Greenlines’ website. (VIDEO)

Dr. Melamede, CEO of Cannabis Science Inc., teaches a course at Colorado University on Endocannabinoids and Medical Marijuana. He derives his understanding of life from his background in modern molecular biology and far from equilibrium thermodynamics, which deals with natural systems that change over time, engulfed in the flux of matter and energy, amidst other systems and chemical reactions. He proposes that life is a self-organizing process that is creatively adjusting to the flow of energy it is subject to from the environment. He explains how Cannabinoids assist us from birth till death to maintain homeostasis as we undergo various perturbations in biochemical flow.

Free radical chemicals are produced when animals use oxygen to burn food for fuel. Endocannabinoids are made by our bodies from omega-3 fatty acids found in many seeds (including hemp) and fish oil. Endocannabinoids are engaged in the balancing of forces: stimulating our appetites while protecting us against excitotoxicity and cell degradation. Omega-3 fatty acids are used today as a supplement to treat a wide range of conditions, which is in part due to the production and activity of our endocannabinoids. Tylenol (acetaminophen) works in part because it inhibits the reduction of the endocannabinoid Anandamide, allowing more to remain active longer.

Next article The Great Trudeau Debate : Against

Ted Smith·May 12, 2016
There are no comments yet No comments

Marijuana and Lunacy:  The Magnificent Failure of the Indian Hemp Drugs Commission