Deprecated: The $control_id argument is deprecated since version 3.5.0! in /home/oq5ayjaeetjt/public_html/wp-content/plugins/elementor/modules/dev-tools/deprecation.php on line 304
 Interview with House of The Great Gardener - Cannabis Digest
Skip to content

When I was arrested and charged in 2009 for “trafficking THC” by making cannabis products for the Victoria Cannabis Buyers Club (V-CBC), I had a choice to make. Either I could choose the short road and strike some kind of plea bargain with the crown prosecution to have my charges reduced or take the long road of a constitutional challenge to the medical cannabis regulations. At the time, I was well aware of the travails of previous constitutional challengers who had safely found some light at the end of their long winding roads. The most recent example was the trial of R. v. Beren and Swallow.

Mat Beren attended a portion of my trial in 2012, offering re-assuring words with his relaxed and friendly attitude. I recently got to interview Mat on my bi-weekly talk radio slot at Time4Hemp, Listen HERE. 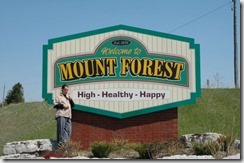 The motto of Mat’s Ontario hometown is “High, Healthy and Happy”. In the Nineties, during his shamanic drum work, he began to ponder deeply how he could help to make Cannabis a better plant. Mat became aware that cannabis was being interacted with largely for the purpose of making money.  His intention to help people led him to focus his attention on improving the effects that cannabis has within our bodies. In 2002 Mat travelled west in search of a place to grow cannabis in order to make people feel better.

After growing his first crop, Mat went seeking a compassion club and was directed to the Vancouver Island Compassion Society (VICS). He had eight strains, each labelled with a general profile of it’s medicinal effects. The next day he began working for the VICS and has been with them ever since.

In 2004, Mat collaborated with the VICS to help start the Vancouver Island Cannabis Therapeutic Research Institute (VICTRI) . Mat can still remember all the red laser scopes dotting it’s hallway later that year when it was raided by police. In a response similar to mine in 2009, Mat launched a constitutional court battle that would last 6 years. He was represented by Kirk Tousaw, an expert in constitutional law, who was also my counsel.

Mat was given an absolute discharge (guilty but no criminal record). This precedent gave me some confidence when choosing to launch my own challenge in 2009. Health Canada was given a year to change the Medical Marihuana Access Regulations to allow for more than three licensed growers to share a facility and for a licensed grower to provide for more than one patient. Health Canada responded in the most minimal way possible, allowing for four growers instead of three in the same space and for each grower to provide for two instead of only one patient.

Seeing as Mat was growing for 400 patients at the VICS, this was not an adequate response. In some ways RvBeren could be seen as foundational to the formation of the MMPR, which was introduced four years later and has more thoroughly addressed the need for large production facilities and co-operation among growers. 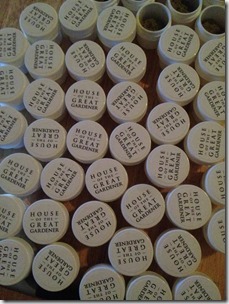 After the trial Mat formed House of the Great Gardener to provide seeds to club members who may want to grow their own. Offering the varieties that had been routinely tried and tested by club members, he has continued to cultivate strains that target particular needs based on feedback from the VICS. Mat now has an arsenal of cannabis genetics spanning the Sativa to Indica scale and plunging deeply into CBD territory.

Mat believes that prohibition caused growers to breed CBD out of their cultivars in an attempt to maximize profitability. As dispensaries emerged, focusing on feedback from medicinal users, CBD began to make it’s comeback. House of the Great Gardener have recently released CBD René, the latest in a project geared toward creating flavourful CBD rich cannabis. They make CBD Caramels that have received positive feedback from dispensary members for their non-psychoactive medicinal effects. 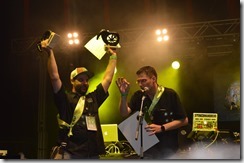 Mat has been collecting trophies from cannabis competitions across Canada and around the world. His “full melt dry sift” became world renown after winning 2nd place at the Amsterdam High Times cup. In collaboration with bubbleman, he has since mastered more dry sift purification techniques.

He is an advocate of Rosin, which Mat makes using water hash in Tea Bags under the pressure and heat of a T-shirt press. He notes it can be made well enough with a digital hair straightener at 180F. He praises it’s smooth smoke, solvent free purity and short processing time but acknowledges that the process loses terpenes. Because it avoids the use of “highly flammable solvents”, Rosin is one of the methods of concentration that is permitted to those protected under the Allard Injunction in Health Canada’s recent Section 56 exemptions.

He sees the exemption 56’s as an inadequate response to the Supreme Court of Canada ruling in my case earlier this year. Similarly to 2009 when Health Canada side-stepped the courts order from his trial, H.C. has re-introduced arbitrary restrictions, such as a low-dose limitation, that will inevitably lead to further litigation in the courts.

Mat laments that Licensed Producers are bound by Health Canada’s over-restrictive regulations. He applauds LP’s for engaging in the move forward, and thinks that apart from prohibiting patients from growing their own, the MMPR has been a move in the right direction. Mat is currently protected by the Allard court injunction and is keenly waiting with thousands of others to hear a decision from the judge if they can retain their legal right to grow cannabis.

Mat’s story serves as an example of how larger-scale facilities can provide quality cannabis and through patient feedback improve the plant for everybody. Let’s hope Licensed Producers are taking notes. Mat believes that apart from being licensed by Health Canada and having much larger facilities (that would presumably reduce the price) LP’s don’t have an advantage over home growers. Large scale facilities have to maintain an equal if not greater level of scrutiny at their grow sites to avoid the many difficulties that can occur when growing quality medicinal cannabis.

Mat continues to blaze a trail many years after his road of trials had come to an end.  Check out House of the Great Gardener online and Listen to my interview with Mat Beren at Time4Hemp HERE

A Patients Perspective on the New Regulations By Debbie Stultz-Giffin Health Canada’s Medical Marijuana Program Regulations (MMPR) came into force on April 1, 2014. The impact of the MMPR is being felt across the country by patients, doctors and compassion clubs. Meanwhile, note worthy things are happening on the Licensed Producer (LP) front. During the […]

BC Government’s Survey on Consumption Lounges