Deprecated: The $control_id argument is deprecated since version 3.5.0! in /home/oq5ayjaeetjt/public_html/wp-content/plugins/elementor/modules/dev-tools/deprecation.php on line 304
 Ruminations From the Cannabis Digest Editor - Cannabis Digest
Skip to content

Here is one of my favourite fantasies.  It is some time in the future.   The war on drugs is defunct, and cannabis is legal.  We are in the midst of a cultural renaissance.  The film industry is on fire, producing new ‘post prohibition movies’ every year.  Literary fiction on cannabis explodes.  The new books become favourite choices for clubs; Oprah endorses one.  They bear no resemblance to the stories of old, populated by moronic stoners.  North Americans are seeing and reading dramas that show the DEA for what it was: officers repelling from helicopters on front lawns in the middle of the night; smashing down doors; lobbing flash-bang grenades; shooting dogs; forcing men, women, and shrieking children facedown onto floors; holding guns to their heads.  They see films and read about RCMP officers marching repeatedly into peaceful dispensaries, seizing and keeping cannabis and hard earned cash.  The books win prizes; the films win Oscars.  North Americans begin to grasp the magnitude of The Seventy Years War.

There are new ‘war on drugs’ museums; the Canadian ones funded by the feds; American ones, by philanthropists.  The museums show documentary films and IMAX productions, depicting fields of waving weed, and mega close-ups of trichomes.   The museums have docents, and welcome groups of school children, out of town visitors, and locals.  There are world-class, travelling displays too.  There is a special museum of ‘war on drug’ atrocities that features Bearcats, riot gear, automatic weapons, and drones.  Visitors are given pamphlets that describe the warped mythology that supported the use of these weapons.

Politicians and other public figures rush forward, each claiming to have been suspicious of the war on drugs all along.  All claim to have enjoyed cannabis when they were younger.  Law enforcement officers say they never personally endorsed the war.  Shopkeepers decorate windows with images of cannabis leaves, and Canna-Christmas trees are becoming popular, as they can be consumed after the holiday.

Goofy enough for you?  Well…if you’re reading this journal, you are reading one of Ted Smith’s fantasies—one that he made real.   Fantasies are intangible but they are crucial to our wellbeing and to our future.  If we indulge them long enough, they start to manifest.  Enjoy your time with this spring edition of the Digest, and write us about your fantasies.   If we get a collection, I’ll write them up. 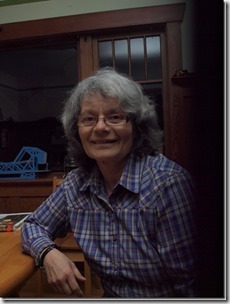 Cover by Kalon “Greenthumb” King Keep a look out for the Cannabis Digest at your friendly local headshop, cafe’ or dispensary.

By Blair Hedley John Anderson, a professor of Criminology at Vancouver Island University, was recently made the Nanaimo area speaker for Law Enforcement Against Prohibition. I got in touch with him in late November and he told me all about it.   To start with, what exactly are a LEAP speaker’s duties? Well, I think […]