Deprecated: The $control_id argument is deprecated since version 3.5.0! in /home/oq5ayjaeetjt/public_html/wp-content/plugins/elementor/modules/dev-tools/deprecation.php on line 304
 Survey of the Endocannabinoid System in Medical Schools - Cannabis Digest
Skip to content 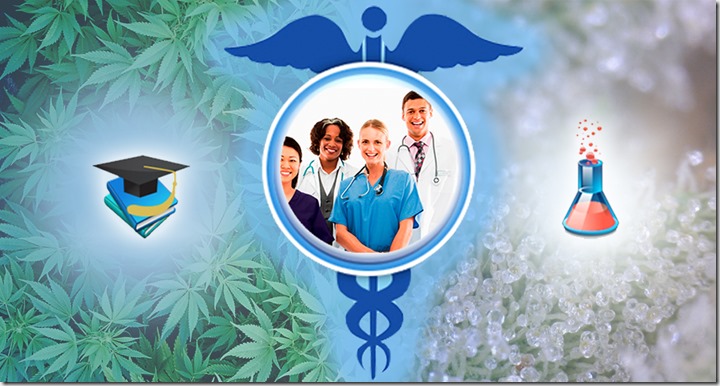 Introduction
The discovery of the endocannabinoid system (ECS) is the single most important scientific medical discovery since the recognition of sterile surgical technique. As our knowledge expands, we are coming to realize that the ECS is a master control system of virtually all physiology. The total effect of the ECS is to regulate homeostasis and prevent disease and aging. The more we learn, the more we realize that we are in the infancy of this scientific field of study. The ECS is a control system which involves tissue receptor proteins, cellular communication and control, molecular anatomy and the scavenging of oxygen free radicals. This new field of science will change medicine forever and prove cannabis the gold standard for many disease processes. Its effect on scavenging oxygen free radicals is applicable to all disease processes and this is why it has such wide medical application and is considered a cure-all by many.

The discovery of the ECS will replace the current medical system of managing and treating disease. Instead of management of symptoms after disease has occurred, we will prevent disease and cancer by manipulation of the ECS.

Research and education of medical students involving the ECS is being intentionally restricted by politics. No justification can be made for the restriction of the scientific study of cannabis and the endocannabinoid system. What is the danger of providing government-grown and tested cannabis to researchers? Diversion of research cannabis for non-scientific or recreational purposes does not seem to be a serious threat to national security.

Methods
The directors of the curriculum of the 157 accredited American medical schools (across all 50 states), were contacted initially by phone, then follow-up email. We asked the following questions:

1. Do you have a department of ECS (Endocannabinoid Science) with a director?
2. Do you teach the ECS as an organized course?
3. Do you mention the ECS in any ancillary classes like pathophysiology, neuroanatomy or pharmacology?

Resistance to the Survey
Our surveyors found a lot of resistance to answering questions, and we had to alter our technique for asking these pointed questions. Many people were unaware of what the word endocannabinoid actually meant. We were asking the medical schools if they were teaching a subject that many of them had no knowledge of. We initially called stating Dr. David Allen, a retired cardiothoracic and vascular surgeon, was sponsoring the study. This led to reluctance, suspicion and refusal to answer our questions. We had reactions like, “Who wants to know this?” and “Why do you want to know this information?” We quickly realized there was significant resistance to our questions. We then decided to pose as medical students looking to apply to an institution that specialized in the study of the ECS. This worked well, and we were able to acquire many responses from the office staff of curriculum directors. The directors were frequently not available and often too busy to talk to us. However, this change in technique made data collection easier and curriculum staff more cooperative and affable.

Here are some of the responses to the questions asked in this survey, ranging from passive-aggressive to blissfully ignorant:

• I doubt you will find a school that has a department of endocannabinoid science.
• How do you spell endocannabinoid?
• We have a few lectures that speak to the topic of the cannabinoid system. That is the extent of our curriculum in that area.
• You’re a prospective student? Not with these kinds of questions you aren’t. If you are an applicant you can call the admissions office.
• Are you aware what type of institution we are? Why would we offer that here?
• The topic hasn’t gained enough traction or notoriety on this campus to be fully explored… Y’know what I mean?
• I have no idea what that is.
• You will have some very brief exposure to cannabinoid receptors and their effects in our curriculum.
• No course would touch upon this subject longer than five minutes.
• There are 12 mentions of cannabinoids in the curriculum database but no mention of the endocannabinoid system.
• We don’t teach anything like that at this school
• If it is mentioned, it is not a particular focus or talking point. I haven’t heard the endocannabinoid system come up in conversation.
• This is a school for people who want to become “doctors.”
• I never heard of it. We probably don’t teach it.
• Why are you asking that question? I don’t believe that’s an appropriate question. I wouldn’t waste other faculty member’s time with that question.
However, a few responses gave our team some hope for the future of this science.
• Yes we touch upon it in some of our biochemistry courses. The benefit of being at a small school is our ability to conduct more specialized research.
• We do not teach the endocannabinoid system, but we do have a research lab dedicated to that issue.
• Three of our physicians include the endocannabinoid system in a lecture.
• VCU (Virginia Commonwealth University School of Medicine) has a leading researcher in the area of cannabinoids. There are numerous possibilities to attend seminars on the latest research in that area.

Some may criticize this study’s accuracy, but the resulting numbers are so overwhelming that, even considering room for error, there is a clear failure of the medical establishment to overcome political repression of scientific knowledge. There is no reason our potential medical doctors should be ignorant of this important physiologic control mechanism. This is similar to ignoring a medical field like neuroanatomy.
The majority of people in the United States have no idea of the remarkable, scientifically-proven medical benefits of cannabis. These cannabinoids are responsible for massive reductions in diabetes, stroke and myocardial scars. Many cancers show significant responses to cannabinoids by

1. Inhibition of growth of the tumor
2. Reduction in metastasis (blood and lymphatic spread of the cancer)
3. Inhibition of VEGF (vascular endothelial growth factor), which inhibits blood vessel growth into tumors (inhibiting vasculogenesis)
4. Induction of apoptosis (normal cell death that cancer cells are immune to)

Glucose and fatty metabolism, pain control and inflammation are all controlled by the ECS. There are many reports of patients with seizures that are unresponsive to all medicines except cannabis extracts. We are learning that even the sperm implantation into the ovum requires endocannabinoids for success. Mother’s milk contains endocannabinoids that stimulate the infant to feed and thrive. (This transfer of cannabinoids from mother to child is the only still legal transfer of exogenous cannabinoids).

Prohibitionists will claim that no political repression of the science exists. They will claim that there are adequate scientific studies being funded, but the application process for scientific study of cannabis is nearly impossible to complete successfully. Dr. Donald Abrams is famous for being rejected for submitting numerous cannabis studies designed to prove benefits from this medication. After many denials, Dr. Abrams changed his tactic and asked to do a study to ascertain if cannabis caused changes in AIDS drugs that would make them less effective or more toxic. This study was approved for government funding because it asked to study the negative effects of cannabis. Fortunately, this study showed cannabis does not make the AIDS drug more toxic or less effective. The Catch 22 for cannabis is that, in effect, the government states, “There are no studies that prove cannabis safety, therefore, it should remain in a class of dangerous drugs that are prohibited from scientific study.” Because cannabis has not been studied, it is a Schedule I drug. Because it is a Schedule I drug, it cannot be studied.

Humans have a hard time believing in things they can’t see. Prior to the invention of the microscope, no medical schools taught sterile technique to their students because bacteria were unseen. You should research the name Ignaz Semmelweis and how the medical community treated his epiphany and scientific medical discovery. Dr Semmelweis referred to the physicians of the day as “ignoramuses.” It may be time for today’s physicians to catch up with the science of the times. The discovery of the ECS is proving it to be a master control system for physiology.

Recent studies show long-term use of cannabis decreases the incidence of diabetes by 66%. US patents prove CBD, a component of cannabis, decreases the size of a stroke by 50%. Other studies show a 66% reduction in the size of a heart scar after a heart attack. The sum of this information means that cannabis augments the body’s own natural endocannabinoid system. Cannabis is not just a pharmaceutical; it is more properly termed a nutraceutical. Your body needs cannabis on a nutritional basis to prevent disease. Consumption of raw or uncooked cannabis, does not get you high, but has miraculous anti-oxidant effects from the acid forms of cannabinoids. You don’t need a medical diagnosis to benefit from cannabis, as everyone can benefit from the antioxidant effects. As you can see, this concept will change medicine as we know it, including the distribution of money. The business of medicine will no longer be treatment-based, it will be prevention-based.

The big picture is that the ECS is a control system of physiology that will not be ignored. You can pretend the ECS doesn’t exist or question its importance. People once questioned the significance of handwashing prior to surgical procedures because bacteria are unseen by the naked eye. People may not understand the complex science behind this medicine, but they know immediately when they use cannabis that it has some beneficial effects. The price that people are willing to pay for cannabis should be a good barometer on how well people think the medicine works. Only organized, double blinded scientific studies of cannabis will prove its true benefits or potential harm. Unfortunately, the politics behind prohibition prevent this from happening to any significant degree.

Ask yourself, “Why is scientific study of cannabis and the ECS restricted in the USA? What possible justification could explain this? Why should the education of medical students exclude this critical control system of physiology and health?” We encourage you to call the Dean of your local medical school and ask if they plan on teaching this science to our future doctors. When will this war end and the healing start? All wars mean big business for somebody. This war is being funded, and that is why it still continues. Stop the funding and the war will end.

Printed with Permission from the author(s)

By Daniel Boughen Last August, I went on a pleasant three week holiday across three lovely provinces, camping in B.C., visiting relatives in Alberta and landing at a family gathering in Saskatchewan. It was a relaxing trip and we and along the way there and back we visited many friends and relatives. It was the […]

A Natural Leader Promoting Natural Living Reverend C. H. Lawson Everyone was his brother or his sister. He would insist on knowing a police officer’s first name. That officer was “Brother” or “Sister” something. Brother Michael drew out their warmer human side. Almost everyone was charmed by Brother Michael, mayoral candidates who competed with him, […]