Deprecated: The $control_id argument is deprecated since version 3.5.0! in /home/oq5ayjaeetjt/public_html/wp-content/plugins/elementor/modules/dev-tools/deprecation.php on line 304
 Jamaica Amends Its ‘Dangerous’ Drugs Act - Cannabis Digest
Skip to content 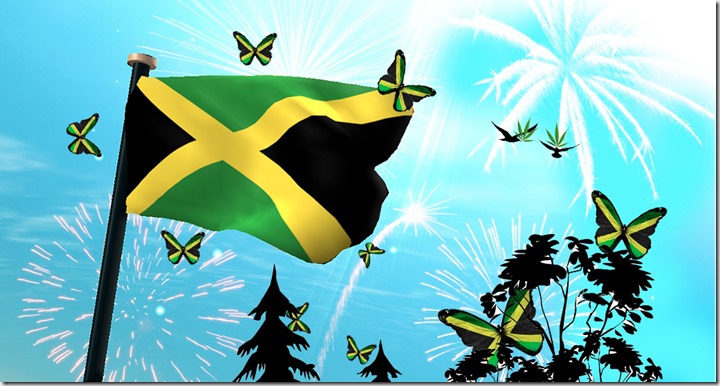 These were the words of Jamaica’s Minister of Justice, Mark Golding, during his address to the Jamaican people in regards to amendments being made to the country’s ganja legislation later this year. According to Golding, who seems to have always been optimistic about constitutional reform in Jamaica, “The Dangerous Drugs Act is to be amended to make possession of small quantities of ganja for personal use a ticketable infraction,” (Mark Golding 2014). Furthermore, the possession of ganja for spiritual, therapeutic and research purposes is to be decriminalized, and ‘special’ provisions will be made for ganja use by the Rastafari community in places of worship. A few concerns that the Rastafari community in Jamaica has concerning the decriminalization of ganja in Jamaica is persecution and prosecution. Will Rastas still face prosecution and/or harassment for the cultivation of ganja for sacred purposes? The Rastafari Youth Initiative Council holds the view that the Rastafari community should rather have legal rights to grow its Ital or Organic strains of ganja as required for healing and spiritual uses and purposes (RYIC 2014). On this same issue Maxine Stowe, a director of the Rastafari Millennium Council has stated “We have grown in our appreciation of the ‘strain’ issue and are in full accord that our Sacramental Right should be with the most organic and indigenous seed associated with our culture.” (Maxine Stowe 2014). In her own analysis of Cannabis reform in countries around the world Maxine Stowe fervently stated that “Jamaica will be the only country in the world to approach the decriminalization, legalization and medicinal industry development containing a distinctive cultural input related to Sacramental Rights.”

Although Jamaicans on a whole are looking forward to amendments made to the country’s drug laws with good hope, there are some who are very concerned about constitutional violations the State is committing right now against citizens producing, trading and using ganja. In a comment made to The Gleaner, published on the 24th of June 2014, Lord Anthony Gifford QC mentioned his concerns relating to such constitutional violations by the State toward Jamaicans when he stated that “Our human rights are defined in the Charter of Rights, which is part of the Constitution of Jamaica. In my opinion, the present ganja laws violate many of those rights…How can it be justifiable to allow a person to carry a bottle of rum or a pack of cigarettes but not a bag of ganja” (The Gleaner 2014). Critical to note, the constitutional rights that Lord Gifford has highlighted as being infringed upon by the State are; freedom of religion, respect for, and protection of, private and family life, and privacy of the home, protection from search of the person and property (The Gleaner 2014). Importantly, Gifford’s statement also reflects the hypocritical nature of international governments including Canada and the US who have criminalized Cannabis use even though there is little to zero statistics associated with its use and hospitalization. 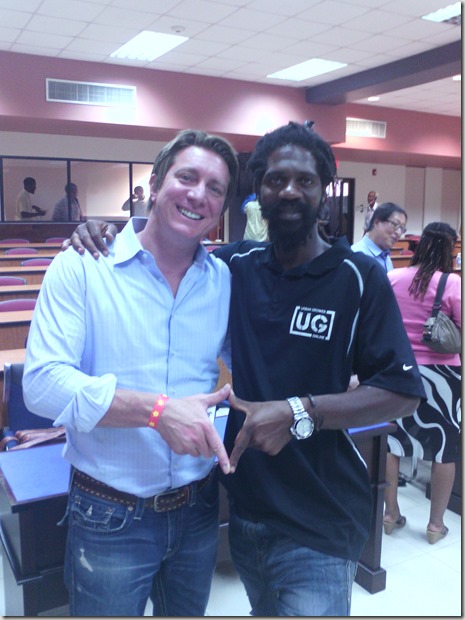 To note, Jamaica has one of the highest rates of automobile accidents in the world and the Jamaican police have reported that there in a strong relationship between motor vehicle accidents and hospitalization, and alcohol consumption. Also, recent international statistics have shown where alcohol and cigarette consumption has increased in most countries around the world despite their hospitalizing effects.  Inevitably, there is an increase in various cancers among world citizens due to these totally legal and deadly commercial products, alcohol (al’s cold heart) and cigarette (ciga death). In a poor country like Jamaica where one-third of the population is impoverished why isn’t ganja totally legal for all kinds of uses and purposes especially since its consumption does not come with any additional health bills or hazards. Isn’t Cannabis research based cooperation in Jamaica the way forward? Let us then commend the University of the West Indies (UWI) and Cannabis Commercial and Medicinal Research Task Force (CCMRTF) for sponsoring the first Jamaica Cannabis Conference convened this May by the UWI. Let’s also congratulate both Strains of Hope and the UWI which have recently signed off on a Memoranda of Understanding (MOU) that pertains to Cannabis research based cooperation between the two entities. Furthermore, let’s use this opportunity to thank other organizers, all sponsors and participants of the Jamaica Cannabis Conference. It seems that Jamaica’s first Cannabis Conference may hold the key that will be unlocking the once hidden and sacred knowledge of Cannabis in Jamaica through scientific research. It is now time for Jamaica to play ‘catch up’, as medical Cannabis companies in Canada and elsewhere are also watching on and hoping for the best. But as it further pertains to Jamaica amending its ‘Dangerous’ Drug Act, Minister Mark Golding has ascertained the development of formalized and tax-paying medical ganja and industrial hemp industries, from which Jamaica stands to derive significant economic benefits (The Gleaner 2014). In regards to the significant economic benefits to be gained from a regulated Cannabis industry in Jamaica, Blaine Dowdle who is the chief executive officer at MedCannAccess told The Gleaner earlier this year that “Canada is willing to purchase marijuana from Jamaica, a lucrative deal that could potentially earn billions of dollars for the country on an annual basis”. What this means is that the market price for quality grown organic Cannabis produced in Jamaica will be highly competitive and this is what Canada and other countries need. According to recent statistics from Canada’s medical marijuana program, there has been a yearly increase in the number of patients by 100 percent. Blaine Dowdle told The Gleaner that “We are expecting it to continue along that trend. That means within the next four to five years, we should be able to supply between 400,000 to 500,000 patients…I’m here from Canada representing 50,000 sick patients right now who don’t have access to safe, reliable, inexpensive medicine. Lots of the people using medical marijuana in Canada are disabled, they are literally sick and don’t have a lot of money, and they do need lower-cost cannabis in Canada” (The Gleaner 2014). “Wake up Jamaica, Our Opportunities are Slipping Away”, (Theme for Jamaica Cannabis Conference 2014). 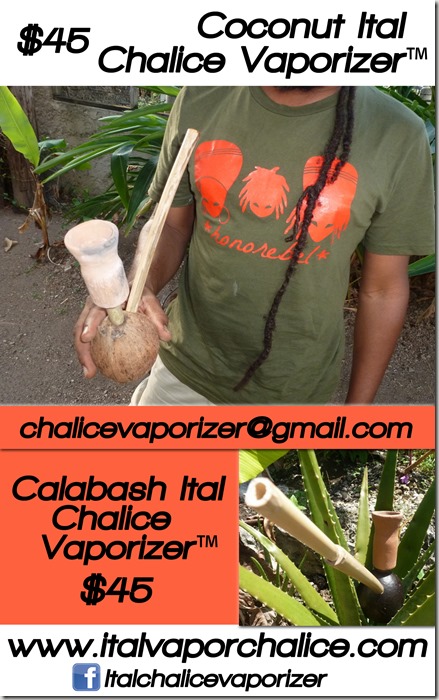 Though the government is seemingly making strategic steps towards the legalization of ganja especially since Jamaica does not want to be left too far behind in what has already been deemed a lucrative ganja industry, there are still major concerns. While being mocked by Cannabis reform groups locally and internationally for allowing Uruguay get ahead of Jamaica in this legalization-of-Cannabis race, the US, despite Cannabis legalization in Colorado and Washington states, is reminding the country that it is a signatory to several international conventions on illicit drugs specifically the Single Convention on Narcotic Drugs of 1961 and amended in 1972, the Convention on Psychotropic Substances of 1971 and the United Nations Convention against Illicit Traffic in Narcotic Drugs and Psychotropic Substances of 1988 {see. Cannabis Digest 39th Edition entitled Jamaican Culture vs. Legislation: The Decriminalization of Small Quantities of Ganja Is A Must}.

The contemplative question some Jamaicans are now asking is “which shall it be”, a multi-billion dollar ganja industry or the IMF who has been a part of the strategy to keep the people “in de pen” and not independent! With increasing pressure coming from human rights groups and the Rastafari community for its legacy of ‘abuse of power’, the Jamaican government will soon need to consider how it is going to pay out Reparations. It is then quite clear that the legalization of ganja is inevitably a way forward for both the Jamaican government and people. With 1.1 million Jamaicans living near or under the poverty line a lucrative ganja industry is surely bound to solve the problem of poverty as it did in the 1940’ and 50’s at Pinnacle, St. Catherine, and again in the 1960’s and 70’s at Coptic, St. Thomas. With ganja as their main cash crop, both communities at Pinnacle and Coptic became independent of Jamaican colonial and neo-colonial society. Thus, ganja production, consumption and marketing all became very normal and valuable among adherents of Rastafari to this day. The Pinnacle and Coptic communes practiced the self-empowering Black social and economic principles of the Honorable Marcus Garvey who is Jamaica’s first National Hero and who’s organization, the UNIA, we will commemorate this year for its 100 years of persistence in the West. Such examples of ‘economic livity’ at Pinnacle and Coptic can be used as perfect case studies for research and community reform in Jamaica.

Amygdalar Control and the Art of Zen

Controlling the reptilian brain. You have three main portions of your brain. The Brainstem, the Cerebrum and the Limbic System which is the connection between first two. The brainstem is the primitive or reptilian portion and is responsible for keeping the species alive. It is responsible for autonomic function of heart rate and respiration. The […]